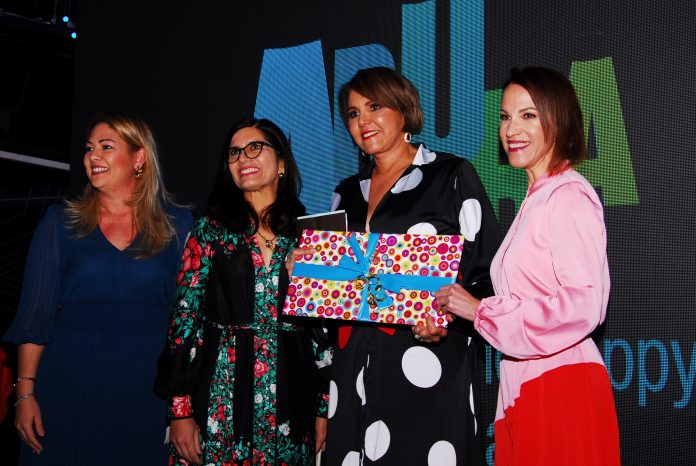 Recently, in Bogota, Colombia took place a farewell event for Miriam Dabian, who after a successful career of almost 40 years, decided to close this cycle and dedicate time to herself and her family. During an enjoyable reception, Miriam was thanked for her hard work in the tourism industry.

On the 8th of March 1983, International Day of Women, Miriam began working for Aruba Tourism Authority. During her trajectory with ATA, Miriam held various positions as well as being in charge of different projects.

Recently Miriam shared an e-mail with ATA, titled “closing cycles”, in which Miriam was telling that it isn’t her preparation to leave, but rather the planning for the closure of almost 40 years of her professional as well as personal life.

Miriam commented that “closing cycles” means that with every change in life, there needs to be an evaluation, gratitude and internal cleansing. “I thank life that gave me the opportunity to work in ATA, to meet so many beautiful people, that I could travel and I thank my colleagues. I am leaving without sadness, happy to have fulfilled my duty and work.”

CEO of ATA, Ronella Croes was present at the reception and gave a moving speech regarding her experience with Miriam: “It is also the closer of a cycle for us. For our office of ATA it is difficult to imagine that after almost 40 years, Miriam will stop working with the tourism office. But same as Miriam, we also are thankful to Miriam for her loyalty, determination, creativity and perseverance.”

Miriam had and will continue having an important role in the formation of other colleagues and professionals in the tourism industry through “La Academia de Miriam” (The Miriam Academy) as she herself called it, always focused on sharing knowledge and experience.

In the name of ATA in Aruba, Latin America, the United States and Europe, we thank Miriam for all that she meant for tourism and LATAM, her love for the job and her passion for the island that she always showed wherever she went to shine through the decades. Thanks for all the knowledge, and much success and happiness!