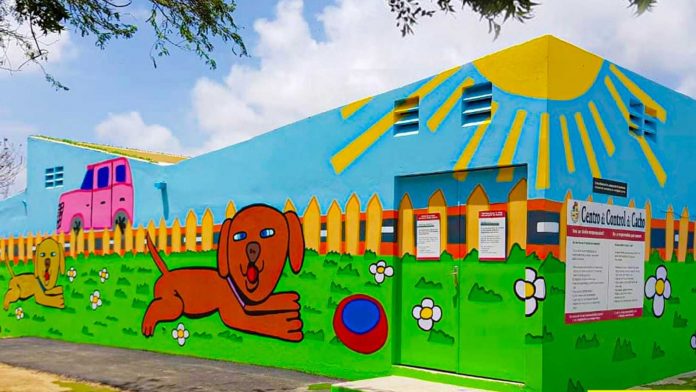 At the beginning of August, the Centro di Control di Cacho (Dog Control Center, CCC) announced an expansion to their opening hours, seeing positive developments, With the longer opening hours, more opportunity is given to those who wish to adopt a pet.

During last week, Centro di Control di Cacho started with the pilot project of microchipping. With this, the hope is to contribute to increase the degree of adoption on Aruba. When a pet is adopted through the Centro di Control di Cacho, there are requirements with which the new owner needs to comply, one of which is that they must microchip and sterilize the adopted pet, and bring proof of this within two months. This is to ensure that the owner will be adequately responsible for their pet.

Sterilizing pets when breeding is undesired, and microchipping a pet, helps to fight the problem of dogs (and cats) on the street. This is one of the main goals on which the Centro di Control di Cacho is focusing. Currently, the pilot project is focused on microchipping, and applies this to the dogs that get adopted through the Centro di Control di Cacho, on the availability and evaluation of the government’s veterinarian. The pilot project also serves as a proof phase for the system of digital registration, which is in the process of being launched and activated officially.

This project is still in the planning stages, seeing as how it is still in the process of having meetings between stakeholders, veterinarians and NGOs. The Government of Aruba hopes to be able to launch the project with a national campaign in the following months. This will be communicated through the official channels of the Government of Aruba, and also through the Facebook Page of the Centro di Control di Cacho.

Poetry for the earth