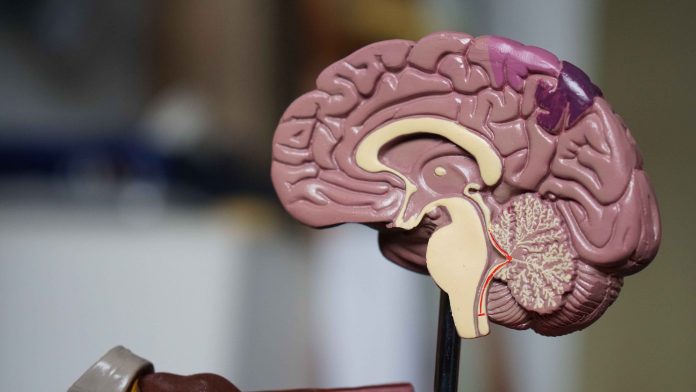 Dementia is the umbrella designation for severe loss of intellectual ability and personality integration, due to the loss or damage of brain function. Dementia comes from the Latin word “madness” and “out of one’s mind”. Brain dysfunction has been around since the dawn of recorded history. Dementia is a state of emotional and mental deterioration. A sad position for family members, I know, my father Manuel, a vibrant entrepreneur suffered from bouts of dementia the last six years of his life.

The World Health Organization states that dementia has become global epidemic. Every year 7.7 million new cases of dementia are diagnosed. 63% of people living with dementia live in low- and middle-income countries where access to social protection, services, support and care are very limited or even, intentionally denied. Memory loss is a common symptom of dementia. However, memory loss by itself does not mean you have dementia. People with dementia have problems with two or more brain functions, such as memory and language. Although dementia is common in elderly people, it is not part of normal aging. The different names of brain diseases are named for doctors who first describe the symptoms affecting a specific part of the brain. Names include: Alzheimer, Parkinson’s, Multiple sclerosis, or Lou Gering Disease, but they all produce dementia that is caused by other brain problems like a brain tumor, alcohol and drug abuse, or after a stroke.

Sadly, more and younger people are being diagnosed with dementia. In the 1970’s in the United States, fast food chains churning out junk food, processed meat and grains grown using nitrogen-containing fertilizers became our new reality. Sales increased more than eight times from 1970 to 2005. Aided by the new marketing business and adding these new processed grains to foods, processed grain consumption increased 5 times during this 25-year period! Interestingly, Alzheimer’s, diabetes, and fatty liver disease also increased during this period, even though medical science and health care steadily improved. As a certified clinical nutritionist, I have personally witnessed the relationship between diabetes and liver problems and diet and lifestyle.

Twenty years ago I was horrified to see high levels of lead when testing patients for toxic heavy metals. Our campaign to prohibit the sale of leaded gasoline brought almost instant improvement, lowering the amount of lead found in patients tested. Signs and symptoms usually don’t appear until dangerous amounts have accumulated. Of the many symptoms, decline in mental functioning is most apparent. Babies who are exposed to lead before birth will have learning difficulties and slowed growth

Another metal to be concerned about, aluminum generates more than $75 billion a year in the US industry alone. Although denied as “inconclusive”, medical studies do show increased levels of aluminum in the brains of people with Alzheimer’s disease. Aluminum has long been known to be poisonous to your nervous system. Evidence shows chronic exposure is a factor in many neurological diseases, including dementia, autism, and Parkinson’s disease. Aluminum is to your central nervous system as cigarette smoke is to your lungs. Scientists are clear that toxic metals damage brain tissue and lead to degenerative disease. To lower your risk, lower the use of toxic products. With the amount of chemicals and toxic heavy metals in cigarettes, smokers have more than double the risk of non-smokers of developing Alzheimer’s. Common products containing aluminum include, cooking pots, aluminum foil, aluminum containing; toothpaste, underarm deodorant, vaccinations, processed foods (American cheese, baking powder, non-dairy coffee creamer, canned drinks), antacids, aspirin, many medications and cosmetics. Factories cause aluminum waste and what are they spraying in the air? Why is Monsanto developing plants that are aluminum resistant?

Aluminum and other heavy metals are stored in the brain, lungs, thyroid, bone and liver and may inhibit proper function and cause degeneration of the kidneys and liver. The liver cleans your blood, detoxifies chemicals and metabolizes drugs. If it is not working properly, it cannot make Glutathione, your body’s most powerful antioxidant and detoxifying agent. Antioxidants help protect your brain. Cholesterol lowering medicines (statin drugs) are hard on the liver. Your brain is the fattest organ in the body, made up of about 75% fat! Why would you want to eat a “fat-free” diet and lower cholesterol? Stating that cholesterol lowers your chance of cardiovascular disease is a lie. Of course, we want to have enough GOOD cholesterol, like deep-water fish, nuts, and virgin olive oil, even eggs cooked without bad fats or oils. Healthy high cholesterol foods protect you against infectious diseases, dying young, being depressed, and having more accidents. Most of us need more good fats than the typical diet give us. The best source of healthy fat is high quality vitamin E and balanced Omega 3, 6, 9 supplements. I give lecithin to all my brain patients. Mothers who take lecithin while pregnant help the baby’s developing brain.

Get The Point! Risk factors for Brain disease are only 5-10% genetics. Lifestyle, environment and attitude count so much more. Attention to what we eat and how we prepare it as well as avoiding toxins can lower many risk factors. We can arrange a hair analysis to check for toxic heavy metals that may contribute to rapid aging, including brain problems. Dietary supplements that have been proven to be beneficial for your heart are also great brain protectors. Protecting your brain is not just for seniors. All ages can benefit from preventative measures.