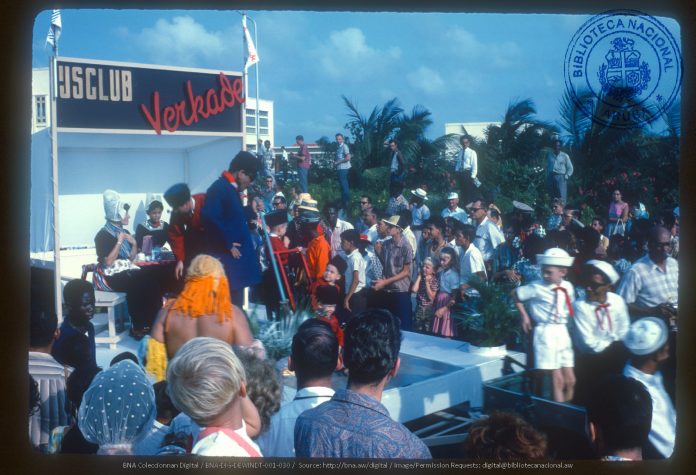 (VisitAruba.com) – Each year in January and February, Aruba celebrates another edition of its popular and impressive Carnival season. The incredible atmosphere and cultural diversity during carnival is definitely something that you need to experience. Carnival has its origins in the 1920s, and it evolved through different cultural influences to arrive to what we know and love today.

The first signs of Carnival celebrations began in 1921, when some of the many social clubs would have parties with costumes. These parties would take place at the venues of the social clubs and were primarily elite balls with European style, like debutant balls and costume parties to celebrate the festivities of the season. After some years, the Americans in San Nicolas who were working at the Lago Refinery introduced their own celebrations for the season, with American style. These seasonal festivities were mainly centered around Halloween, Christmas and Carnival, and became the first step on the road to the carnival celebrations that we know today.

During these years, the Lago Refinery began reaching its employment peak, with most of the recruiting done in the English-speaking islands in the Caribbean, namely Trinidad, Jamaica and British Guyana. These English-speaking migrants were the first to organize a parade in San Nicolas for the allied victory in World War II. It was these immigrants who enriched Aruba’s Trinidadian-style Carnival.

Meanwhile, the carnival celebrations of Carnival at the social clubs were becoming bigger and bigger. Every club had a Carnival Queen election on the island, and the first parades were organized by Aruba’s oldest social club, Tivoli. 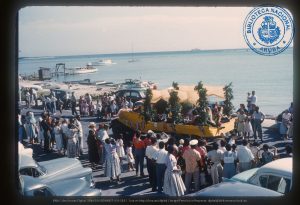 The third era of Aruba’s carnival began when the native Aruban and English groups joined to plan the first public carnival for the entire island, under a (temporary) Central Carnival Committee. With Club Tivoli as a host, the representatives of various social clubs held a meeting to coordinate their efforts for a single, unique Carnival parade in Oranjestad, combining steelband, floats and musicians in costumes and masks. The Carnival Committee organized the first Carnival Queen election.

In 1957, the tradition of having two big parades began; the first in San Nicolas and the second in the capital of Oranjestad. After eight years, Calypso and Roadmarch became an integral part of the Carnival season with the introduction of Calypso contests. 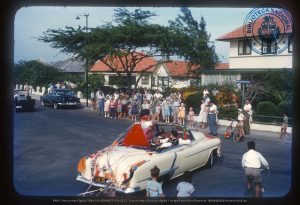 The first year of this era was known for the establishment of SAC – The Aruban Carnival Foundation. This committee was founded at exactly 11:11am on the 11th day of the 11th month, known as Fools Day. The Committee was the main organizer of the Carnival festivities, however, it was not the only one: In 1981, Tivoli Social Club established the Lighting Parade.

Nowadays, Aruba’s Carnival has grown to become one of the biggest in the Caribbean, with an entire month of parades and activities.

For more information, visit https://www.visitaruba.com/things-to-do/carnival/arubas-carnival-history/
To see more photographs of the history of Aruba’s carnival, visit the archives of the National Library of Aruba https://archive.org/search?query=carnaval+aruba

Toxic chemicals to be released from derailed tanker cars

Boy who shot teacher allegedly tried to choke another