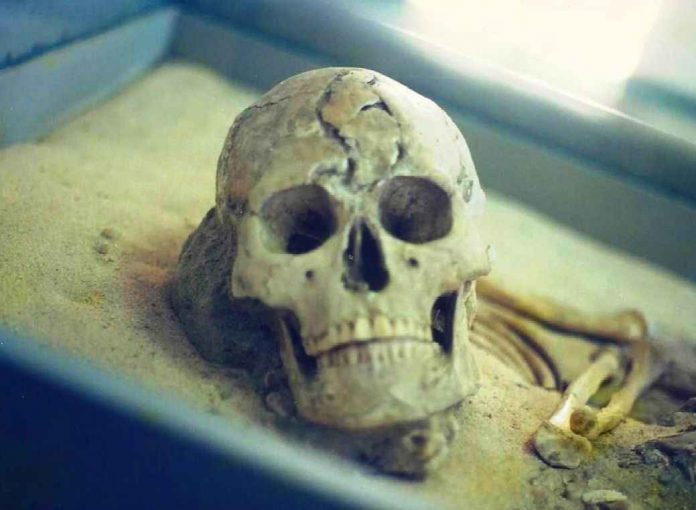 Throughout history man provoked and forged his form of existence within his natural environment. He learned of his ecosystem and how to adapt and dominate towards civilization. Caring for his dead was also a very important part of life and that was no different in Aruba.

When we look at how each group or tribe cared for their deceased, we find that our Aruba ancestors also performed their special ceremonies of devotion and respect. Caring for her deceased relatives was an honor. From archaeological finds, much of their social and political organizations can be determined and, by studying the remains of their tombs, a differentiation in their status and hierarchy can be established for each individual by their remains, for example. The inhabitants of the large villages practiced four or five different forms of burial. These differences undoubtedly represent social differences in these Dabajuroid communities. The background of the recorded differences remains a mystery until now, but the differences, by any doubt, are evidence of the status of individuals, families or groups within the community.

The dead were buried in the ground within the village and some with special gifts in their grave. However, some were found without any gifts. This means they were buried without any gifts, or the gifts were perishable and disappeared without a trace for us. The gifts that we find in some of the dead were buried in large clay pots or urns: direct burial-urn. In fact, the dead are buried twice. The corpse is first buried in the ground, after a few months or even years, the bones are excavated. These bones or skeletal remains subsequently obtain their permanent resting place in a fairly small vessel. If, after such a procedure, the bones are buried in a large container, the archaeologist may misinterpret it as direct urn burial.

We have a fairly clear idea of ​​the whole process of burial in secondary urns from existing descriptions of such “double” burials. They are practiced to this day by the indigenous Guajiros, residents of the peninsula of the same name on the border with Venezuela and Colombia. More comparisons can be made between the Guajiro and the pre-Columbian population of Aruba, such as their environment, food and religion, which had everything to do with how the natives, particularly from this area, related to the world of the dead and beyond. How to prepare each of your deceased relatives for their spiritual journey through the underworld and into the land of their dead ancestors and friends. There is evidence that Dabajuroid people, in addition to these types of burials within the village, have done burials in caves outside the village.

To get to know a little more regarding Aruba’s and its cultural origins we highly recommend you to book your participation in our cultural encounter session. A mind opening revelation and entertaining island experience. Mail us at etnianativa03@gmail.com, our facilities and activities take place close to high rise hotels.