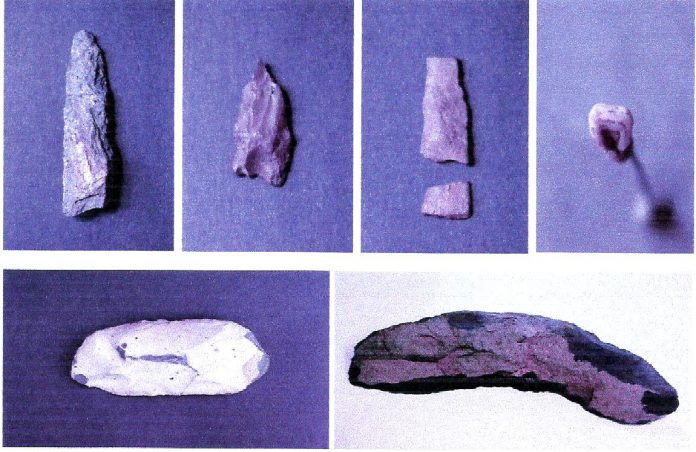 Etnia Nativa through Island Insight facilitates cultural awareness, education and safeguards Aruba’s heritage by elevating each reader into an island keeper state of mind. Be encouraged to discover in every episode the true native effect, live it, discover more reasons to love Aruba behind our beaches by liven up your stay in an incredibly wonderful way.

Our island is a tiny tourist destination with a fragile ecosystem, covering thousands of years of history. Here is where Etnia Nativa’s main objective comes to mind through educating the readers over Aruba’s heritage. We believe in when you love and value what you have; ones greatest desire becomes to protect it.

In this episode we share a bit of the archaic history of our island and evidence of their long ago presence. Artifacts like stone tools, projectiles heads and objects belonging to these peoples and part of our salvidge collection at Etnia Nativa.

Approximately twelve thousand years ago nothing stood in the way of the hunters and gatherers and no part of the new world, if it offered enough resources to sustain life easier, seems to have been too far out of reach.

By this time the landscape of Aruba was covered with a greater amount of flora, so that the general condition in which these ancient marauders found the island upon their arrival were in all respects much more favorable. These hunters and gatherers were able to read atmospheric variations and predict favorable weather conditions such as rain and the seasonal fruits of the sea which contributed to an easy and sustainable way of life in a harsh and wild environment.

In those times the landscape and topography of the island offered areas where people could walk for hours under a tropical forest where the trees blocked the entrance of sunlight. In this exuberant mixed vegetation were ferns, orchids, vines and bromeliads, etc was part of the floral list. Many of these plants must be considered extinct varieties as they disappeared over time.

Who knows what medicinal properties, food source, color pigment, or even an effective insect or vermin repellent qualities some of those plants might have had? Although being a small island, there were also open grasslands or savannahs covered with cacti and xerophytes, while other areas were made up of natural wetlands and salt pans. However, there were no mango trees or coconut palms, no tamarind juice, watermelons, aloe horses or donkeys but the four elements: fire, wind, water and earth were the mother of all things.

We must imagine that the southern coast was covered by impenetrable mangrove forests that offered abundant marine resources, including timber. These coastal forests grew so thick and dense that they only gave way in places to reach the coast with canoes dug out of tree trunks. Coastal access points that eventually became bays and some are still in use today. Places like the Commanduersbaai in Savaneta or the Spanish Lagoon and Barcadera. There was an entrance that wnet inland at the lagoen in Oranjestad and a sandy beach called Taratata. Taratata, is the only place that kept a toponim given by our archaic visitors.

Taratata probably stands for the place of arrival, and related to Taratara in Venezuela which means place of departure in the paleolithic language. Unfortunately, Taratata has been absorbed into the expansion of the Paardenbaai along with his name, today almost forgotten.

In the early Paleolithic era, the occupation of the American continent began by archaic hunters who were pursuing large mammals such as the North American mammoth, giant slots and prehistoric bisons. A possible which they could reach the Caribbean was from the pan handle of Florida hopping from island to island until reaching the south of the continent or jumping from the Yucatan peninsula to Cuba and back, while the most likely route of access to Aruba has been from the South American continent. Where the distance form out of the isthmus of Paraguana where sea levels must have been probably much lower extending the land closer to the island and may be even that the island joined the continental mass of South America beyond sea level.

If you love Aruba its origins and its cultural heritage, be part of the exclusive visitors of Etnia Nativa: a cozy museum/home.

Etnia Nativa a private residential houses collections of native art, archaeological artifacts and historic furniture, while the facilities themselves are the result of the transformation of recycled materials. Meet Anthony Croes, our columnist at his home! Book your visit Whatsapp + 297 592 2702- or mail: etnianativa03@gmail.com