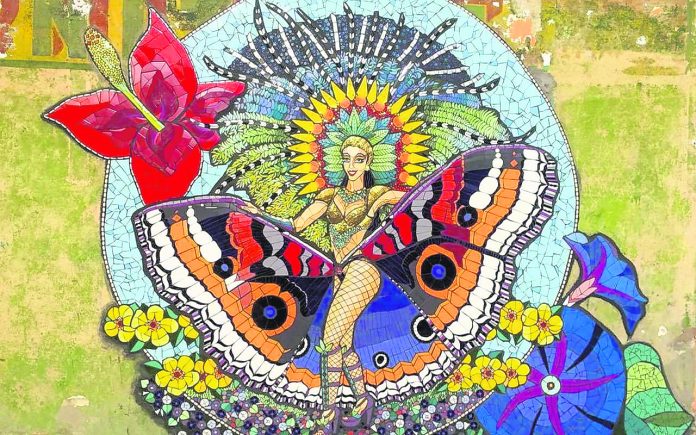 It has been no secret that several Aruban governments, including the current one, have expressed their vision of diversifying Aruba’s economy through the implementation of a creative industry. An economy driven by creative niche markets where artistic and cultural means are considered economic viable goods that could foster economic growth in a country. Even further, Aruba has considered naming the city of San Nicolas as the cultural capital of the island. However, it appears that the development of a creative industry in Aruba is left to sit on the benches, just eager to join the playing field and to be recognized by its potential. Due to the increased acknowledgement that the world, along with its economic, social and cultural structures was changing dramatically, creativity inevitably became a popular concept. This was primarily propelled in part by the information technology revolution, or also known as the 3rd industrial revolution. However, in order to cope with these changes, cities all over the world were required to re-assess their resources and potential, which resulted in a process of essential re-invention on all fronts.

Besides concepts like the creative industries, creative economy, orange economy, we have ‘creative cities’ that together form the UNESCO’s creative cities network (UCCN). Cities that are members of the UCCN recognize the importance of sustainable and inclusive urban development, and therefore commit to enhancing the role of culture and creativity for the implementation of the 2030 Agenda for Sustainable Development. Aruba has committed herself to the implementation of the 17 SDGs. Recently, San Nicolas received recognition internationally for being a worth wile city to visit due to its cultural and artistic essence. However, the work is merely complete at this point. Do you think that if Aruba would join the UCCN, this would help the island develop its creative industry? Let’s break this down.

What are Creative Cities?
Early in the 1988s, the creative city is a concept developed by Australian David Yencken. Since then it has since become a global movement reflecting a new planning paradigm for cities, bringing new life and enhancing their original character. While generally cities are supposed to be efficient and fair, a creative city takes it a step further and aims to be one that is committed to fostering creativity among its people and to providing emotionally satisfying spaces and experiences for them. A good example mentioned by the UN is on a city named Pune from Maharashtra, India. This city is known as the city of creativity in the country because of its unique culture, variety of festivals, and education option from engineering to film making to design, theater, and play culture in the city. Wouldn’t this be nice for San Nicolas?

UNESCO (2019) expresses that by joining the UCCN, “cities commit to sharing their best practices and developing partnerships involving the public and private sectors as well as civil society in order to: strengthen the creation, production, distribution and dissemination of cultural activities, goods and services; develop hubs of creativity and innovation and broaden opportunities for creators and professionals in the cultural sector; improve access to and participation in cultural life, in particular for marginalized or vulnerable groups and individuals; fully integrate culture and creativity into sustainable development plans”. As laboratories of ideas and innovative practices, the UCCN offer cities such as San Nicolas to in a concrete way contribute to achieving the Sustainable Development Goals (SDGs) of the United Nations’ 2030 Agenda through policy-making and grass-root projects promoting the participation of all stakeholders, including women, youth and vulnerable groups. The Creative Cities’ commitment testifies to their central role at the frontline of sustainable development for communities, keeping the human being central.

Accroding to UNESCO (2019) the objectives of the Creative Cities Network are implemented both at the level of the member cities and at the international level, notably through the following areas of action: “sharing experiences, knowledge and best practices; pilot projects, partnerships and initiatives associating the public and private sectors, and civil society; professional and artistic exchange programs and networks; studies, research and evaluations on the experience of the Creative Cities; policies and measures for sustainable urban development; and communication and awareness raising activities”.

Cultural resources of a country are embodied in its peoples’ creativity, skills and talents. They are not only things like buildings, but also symbols, activities and the repertoire of local products in crafts, manufacturing and services, as we seem to think the creative sector is. In past columns I have explained what and how creative industries are framed. Urban cultural resources include the historical, industrial and artistic heritage of assets including architecture, urban landscapes or landmarks. This makes the creative industries so diverse and inclusive compared to other economies. They also include local and indigenous traditions of public life, festivals, rituals or stories as well as hobbies and enthusiasms, which pay tribute to a country’s cultural heritage. Language, food and cooking, leisure activities, fashion are all part of a city’s cultural resources, as are sub-cultures and intellectual traditions that can be used to express the specialness of a location. They include the range and quality of skills in the performing and visual arts and the creative industries. Thus, an appreciation of culture and creativity in our society should shape the technicalities of national urban planning and development rather than being seen as a marginal ‘add-on’ to be considered after housing, transport and land-use have been dealt with. This focus draws attention to the versatility and seriousness of the creative industries and that it will require the correct mentality for it to flourish. Aruba has a nation urban planning committee called AREA (Aruba Re-Imagined Area) which has the goal of reviving the two city centers of the island: Oranjestad (Capitol City) and San Nicolas. However, by the looks of it, it seems to be developing in a stagnant pace. The fish doesn’t rot from the tail to the head, but from the head to the tail. If those in charge, the decision makers of the country don’t have a clue how to implement and develop Aruba’s creative industries, we have a problem. It is not enough to only have a vision. It is also critical to have a plan attached to that vision. Luckily we can appreciate the successful turn out of the Island Festival hosted in San Nicolas, which invited tourists and locals every month to enjoy Aruba’s culture and heritage. This is only one ounce of what the creative industry could offer our tourists and locals.

Creative Cities in the Caribbean.
According to CEPAL (2012) “the Caribbean is searching for activities that could contribute to growth and development by: (a) Fostering sustainable production based on the use of the creative talent of its people; (b) Generating high quality jobs that maintain or advance the middle-income status of most Caribbean economies; (c) Relieving the balance of payments constraint by increasing the productivity and quality of exports” (p.19). There are currently approximately 180 cities who members of the UCCN across the world. In the Caribbean there are only 3 countries that are committed to the creative industries as drivers of growth to their economies, which are Jamaica, Bahamas, and Haiti. Jamaica and the Bahamas are the creative industries leaders in the Caribbean and have been very successful in this internationally. If only Aruba could realize what they can achieve by committing themselves to this development.

Moving Forward.
Half of the island doesn’t even understand what a creative industry, cultural economy or orange economy is, and so moving forward one important aspect of this development is awareness within the community. In the creative city it is not only artists and those involved in the creative and cultural sectors who are creative, although they play an important role. Creativity can come from any source including anyone who addresses issues in an inventive way be it a social worker, a businessperson, a scientist or public servant. Creativity is not only about having ideas, but also the capacity to implement them. This brings me to my second point: policy writing and implementation. A great weakness in my opinion is the degree of (lack of) proper policy making and implementation on the island. In order to be part of the UCCN, countries have to prepare adequate and relevant policy reports as their demonstration that they are going to be committed to the network and the development of creative industries around the world. Effective policy making is inevitable and will be crucial if not nonnegotiable if we want to keep pursuing the creative industries as a viable economic pillar for Aruba. Aruba and the relevant stakeholders such as the government, private sector and NGOs need to stop devaluing this sector by treating it like a sectorial dumping ground. Offering limited or ineffective resources, which weaken the cultural and creative sector of the island. To be a creative city the UCCN expresses that soft and hard infrastructures are need. In their eyes soft infrastructure includes: a highly skilled and flexible labor force; dynamic thinkers, creators and implementers. Hard infrastructures include adequate spaces, buildings, protected monuments, creative arenas, creative incubators etc. If we keep feeding ‘junk food’ to this sector because of convenience and just simply because you don’t want to make an effort in cooking healthy and wholesome meals it so desperately wants, we will not see the productivity and we will be very disappointed. Not because the creative sector can’t deliver, but because of our own ignorance and negligence. Culture and creativity is at the Heart of the Sustainable Development. It is not too late for the island to pick up the pieces, but the willingness should be there to “in collaboration” reach the end goal: a thriving Aruban creative industry. Other countries have recognized this and have made tremendous steps going forward. When will Aruba?

Loss and More Loss: Coronavirus (COVID-19) and the Cultural and Creative...