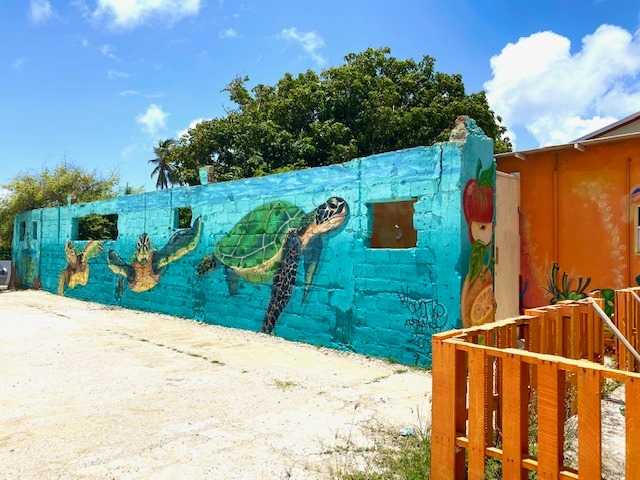 The creative industries as we know it, including the numerous niche market sectors like visual art, performing art, crafts, design, film, entertainment, music, publishing, gastronomy, and technology employs millions of people across the world. In Aruba the call has been done to start the initiative of developing our own distinct ecology, but until now it has been proven to be more difficult and complex. One of the main complaints from the field aside from the lack of leadership in this process, is that financing is almost impossible to come by. In the Aruban case, funding could then be interpreted as being limited, especially if you as an artist have exploited all local funding schemes available to you. This in return does not stimulate an unstructured economy to formalize itself. Now with the emergence of Covid-19 when will we proudly say; Aruba has its own Cultural & Creative Economy?

Building a new economy from scratch sounds so intimidating, lots of work and almost impossible considering the times we live in and the socio-economic challenges we are facing due to a global pandemic. It may sound a bit crazy to think and say that focusing on the Creative Industry should be our priority, but if not now, then when?

One of the leading countries and a great best practice example is the United Kingdom. The UK has been a trailblazer in developing their creative industries and has shown growth over the years. According to the Creative Industries Federation (2015) “Britain’s creative success is based on a combination of public and private investment – including vital government support for national cultural institutions, the BBC and the Arts Councils, along with the National Lottery and significant regional and local investment”.

Finding funding schemes to support the Creative Industries has been a goal for many developing countries, especially small island states such as Aruba. The Creative Industries Federation (CIF) proposes for countries to fund their creative industries through; public investment, philanthropic support and corporate partnerships, and private capital.

Public investment is one of the most critical components in this list of funding schemes, but high dependency on it will lead to frustration. By investing in culture, social capital, and creative industries as drivers of social development the Aruban government can stimulate the results that contribute to the overall wellbeing of communities, by providing economic growth and encouraging social cohesion (UN, 2020). The Aruban government could increase the support offered to businesses to protect and exploit intellectual property. Another important role of local government is matching private and public investment, which will deliver a ‘ladder of growth’ to the local economy. We don’t need the government to control the development, we need the government to provide the steps that lead to greater sustained growth, while the work is being executed by the creative professionals and entrepreneurs. Local governments can be also active in the field of co-financing project with the private investors (Fazlagic and Szczepankiewicz, 2020).

Additional ‘spill-over’ benefits of public investment to the wider economy include the development of skills, innovation, advancing national productivity and exports in the creative workforce, economic and community rejuvenation. They make a major contribution to sectors such as high-technology, manufacturing, retail, leisure and even tourism. In Aruba, tourism and its close relationship to culture and the CCIs has been identified as a possible dynamic that could further advance itself into scenarios where Aruba could market itself to attract visitors that are more interested in a creative and cultural experience. As John Sorrel, chairman of the CIF once stated (2015) “Publicly funded arts organizations act as the R&D for the creative industries – both for new concepts and for people”.

Philanthropy has been one of the most underrated means of funding in the creative industry and has had a great impact on the survival of many cultural and creative organizations. However, corporate sponsors of the arts and culture often have important aims beyond philanthropy when they provide financial support. The business benefits of sponsorship culture and the arts include marketing, business development, public relations and corporate social responsibility (CSR). The creative sector and especially in Aruba is looking for more engagement by local business in general for sharing not only their expertise and advice, but their financial support as well. This is to ensure that they have the strongest possible combination of artistic, business and financial expertise on which to draw. Next to this, for those new creative ventures or smaller projects rewards-based crowdfunding has emerged in the past few years as another potential route to development funding. However, legal and infrastructural systems are still not in place on the island to fully support this type of funding scheme. The Aruban way of crowd-funding is to stand at the local supermarket to ask for donations, but in 2021 this should not be the case anymore. We should consider improving the system and introduce financial means with the use of technology to facilitate this process better.

Raising capital to invest in a new creative business seems almost impossible with the current structures we have in place. The only ways of raising capital for a new business or venture would be from personal resources, from the profits of an existing business, from a government grant, from a bank, or from private investors. But while good personal networks and personal capital are still a big advantage when launching a new endeavor, other roads to raising funding for business growth have increased in variety and number. Banks have always been relatively risk averse, and some might even tend to avoid creative ventures. Many local creatives express that it is impossible for them to get a bank loan to open their business, because maybe their business plan is not effective, or the return of investment is not feasible, or simply because Aruba does not see this sector as a viable economic option. We need to have consensus between the government, private sector, academia and civil society on the role we want the creative industry to have on the island. We know what it could become, now it is time to join the round table and get business done.

Fazlagic and Szczepankiewicz state that (2020) “local governments should take a more holistic view while developing their strategies and key performance indicators. The concept of sustainability in a knowledge-based economy should be extended to include social aspects of economic development related to tolerance, climate for doing business, social capital, and local leadership, which are also very important for the growth of local creative industries. Every local government is a facilitator of change, an employer, and a purchaser of goods and services, so it should be looked upon as an important element of the local creative economy” (p.20).

Aruba has the unique opportunity to boost this sector while we slowly get out of this pandemic. However, we have to invest in this initiative. The government, private sector, NGOs, creative professionals, academia and the civil society all have to invest and do their part. Developing a new economy will only survive through collaboration and action. We want to create positive impact for our Aruban community and my hope is to see this become a reality for our people.

Lastly, Marisa Henderson, Chief of the Creative Economy Programme, and Amy Shelver, Public Information Officer, UNCTAD (2021) once expressed that “impact investing can and will play a critical role in this journey. Investment is the key to unlocking the true potential of the creative industries, and the returns from the creative economy are both promising and multi-dimensional – addressing social, cultural, innovation and economic needs. So, let us turn to creativity and draw on its full spectrum to shape the world while also harnessing its innovation potential and many positive returns. Let the year 2021 mark the dawn of a new era for impact and creativity investment”.