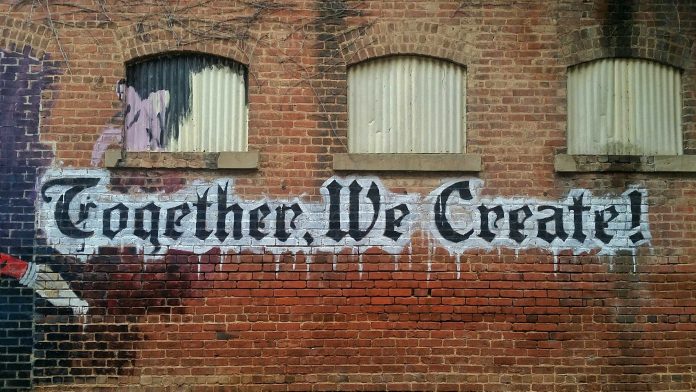 Recently, the government announced a legal concept that would make Aruba attractive to international businesses and professionals to either open their business on the island or to relocate. This initiative is based on the Digital Roadmap, a policy document the government made some time ago. The central idea of this plan is to develop a system that would make sure Aruba becomes the Silicon Valley of the Caribbean. This announcement was truly embraced by locals, however it also raised some concerns for others. The Aruban creative industries is yet to be formalized, so it seems as though we are walking ahead of ourselves. On the other hand, it is no secret that legislative advancements take a long time on the island, so it would be beneficial to start changes our laws in order to facilitate economic development and growth in the creative industries.

Aruba is currently in a difficult economic situation and Covid-19 has made it even worse. The need for other income streams besides the tourism industry has now been escalated due to the prevalence of a global pandemic. Aruba, a small island in development by no means would have been able to survive this horror if it was not for the ties to the Netherlands. Now, government officials and policymakers are thus at a crossroad and the decision has to be made: Aruba has to diversify its economy. The Netherlands has also made this a priority in the content of the “Landspakket” (conditional package in other for Aruba to receive financial assistance) (rijksoverheid, 2020).

For years professionals and economist on the island have been signaling and pulling red flags that if Aruba is not going to diversify, as an island we are going to face detrimental events and exactly this has happened. Diversifying the Aruban economy has proven to be more difficult, or easier said than done. The government has made it clear in 2019 that the focus will be on the following prospective industries: tourism, logistics, agriculture, creative industries, knowledge economy, and circular economy (Economic Policy 2019-2022).

Up until now the Government is exploring the medicinal cannabis industry under the hopes to stimulate the agricultural industry on the island. This comes with its own set of challenges, such as preparing the legal framework to make this even an option, since the cultivation of cannabis is prohibited on the island.

Other initiatives are for example the oil refinery we have in San Nicolas. Since the disappointment and turmoil of CITGO, the government is now considering stimulating the gas industry instead of petrol (oil) in the hopes to create economic development and also to hopefully reduce the energy costs on the island.

Now, the time has come for us to start pushing for these industries to formalize them. However, the question is how are we going to do this? How can we make sure that we are being effective and that we are not exploiting the already limited resources we have? How is the policy plan going to materialize itself? How can we stimulate with limited funds to invest ourselves? These are all questions that I ask myself daily. Because anyone who knows me, is aware of my deep conviction that Aruba is able to develop a professional and structured creative industries.

We can’t turn back in time and now we should take the steps and make use of the best practices of other countries (especially the Netherlands). The Netherlands has a booming creative industries and has developed an innovative economic playing field. The Netherlands has spread their economic market landscape into these 8 economic pillars; Life Science & Health, Agrifood, IT & Tech, Chemicals, High Tech Systems, Creative, Energy, and Finance. Surprisingly three of these economic markets is related to professions, expertise and jobs in the Creative Industry.

It amazes me each time I see new initiatives arising and Aruban creative talent getting exposed and receiving the opportunity to thrive. Aruba is a talented country in practically all niche markets in the Creative Industry. Recently Palms Up Records Aruba, founded by Michael Lampe announced that they are signing 5 local talents. This is in cooperation with the very well known Sony/ATV Publishing. With this new venture, 5 local artists will not only be represented locally but can reach the international platform. This is an incredible boost to local artists who want to reach higher levels. This provides the opportunity for Aruba to shift their creative content to a wider audience. The ideal is for these kinds of initiatives continue to happen and not only in the music industry but other industries as well. According to UNESCO (2020) “The Netherlands is in fifth place among the most innovative economies in the European Union. Since 2002, the Netherlands has been focusing on reinforcing the social and economic utility of art and design disciplines including architecture, design (including fashion) and new media in the Netherlands and internationally”. We should be tapping into these opportunities and it is not only the government’s responsibility to develop the CCI. Through collaboration with developed countries, we can benefit from best practices that could also make a difference in our communities.

Making Aruba the next Silicon Valley is not the complete answer, but it is a step in the right direction. If the government presents a policy plan with a vision and strategy, the private sector invests, the community participates, NGOs advocate, and academia provides R&D, we could be far more better off. This to illustrate, that it is not a one man show, we all have to carry our part. By making Aruba a creative hub in the Caribbean for many international creative and technology firms, will mean that we should make sure our locals are educated in these fields. If Aruba becomes the Caribbean Silicon Valley, it will provide not only exposure, but economic growth through job provision. But if we do not professionalize our population in this field, it will mean that we lose the opportunity to innovate as a country. One thing is for sure, we have the talent in house. Now, we have to believe hard enough and work hard enough to realize the Aruban Creative Industries once and for all. Creative is the future!

A cry for help: Aruba’s creative industries in need