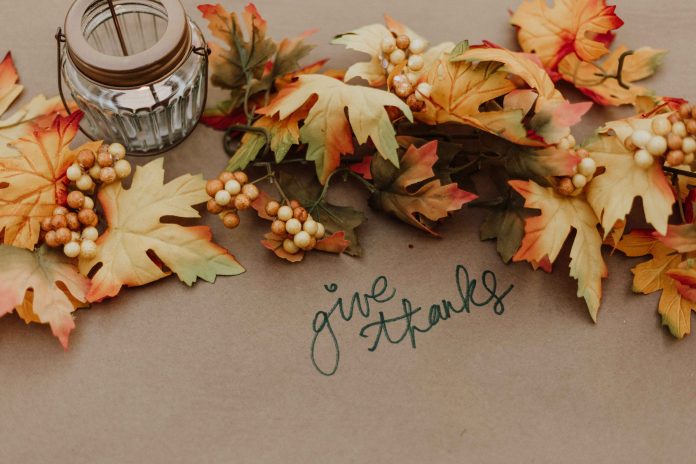 Thanksgiving Day is an annual national holiday in the United States and Canada celebrating the harvest and other blessings of the past year. Americans generally believe that their Thanksgiving is modeled on a 1621 harvest feast shared by the English colonists (Pilgrims) of Plymouth and the Wampanoag people.

Thanksgiving 2020 is on Thursday November 26th, the day before Black Friday. Thanksgiving Day traditionally kicks off the ‘holiday season’ in the United States. The day was set in stone by President Franklin D. Roosevelt in 1939 and approved by Congress in 1941. FDR changed it from Abraham Lincoln’s designation as the last Thursday in November (because there are sometimes five Thursdays in the month).

The American holiday is particularly rich in legend and symbolism, and the traditional fare of the Thanksgiving meal typically includes turkey, bread stuffing, potatoes, cranberries, and pumpkin pie. With respect to vehicular travel, the holiday is often the busiest of the year, as family members gather with one another.

Many Americans think it of it as just as important as Christmas. In fact, more people in the US celebrate Thanksgiving than they do Christmas. Thanksgiving Day is a secular holiday in a country that officially separates church and state so this probably makes sense. Thanksgiving can be traced back to 1621 where refugees from England, known as Pilgrims, invited the local Native Americans to a harvest feast after they experienced a successful season of produce growth. But it wasn’t just the economic drive that allowed the Pilgrims to prosper. It was their devotion to God and His laws. And that’s what Thanksgiving is really all about. The Pilgrims recognized that everything we have is a gift from God – even our sorrows. Their Thanksgiving tradition was established to honor God and thank Him for His blessings and His grace.

2020 is not your average year, this Thanksgiving will be a special edition if only for the fact that we appreciate our health and welfare so much more after living the past 11 months.

Happy Thanksgiving to all of you!

Developing the Caribbean from within- part two