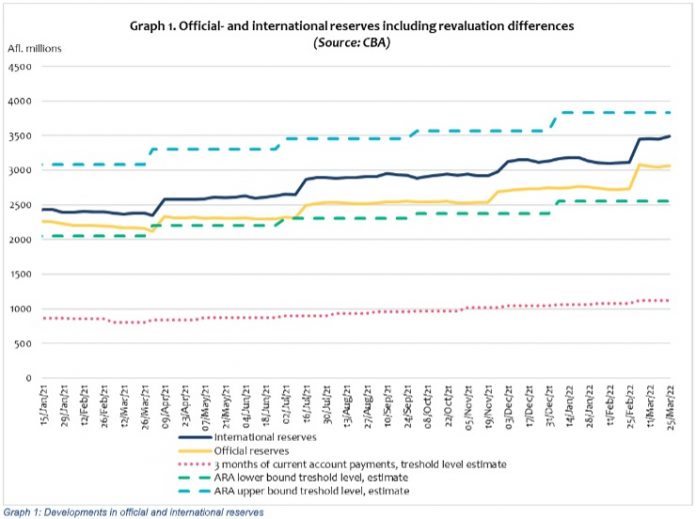 During its meeting of April 13, 2022, the Monetary Policy Committee (MPC) of the Centrale Bank van Aruba (CBA) decided to raise the reserve requirement rate from 18.0 percent to 20.0 percent as of May 1st, 2022. This decision was primarily based on the persistent elevated level of excess liquidity at the commercial banks, as well as the continued rise in inflationary pressures.

The following information and analysis were considered in reaching this decision: 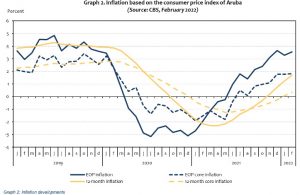 As a result, international reserves are anticipated to stay well-above the benchmark of 3 months of current account payments (including oil) for the remainder of 2022. Official reserves will also stay within an acceptable range if the IMF ARA metric is applied. 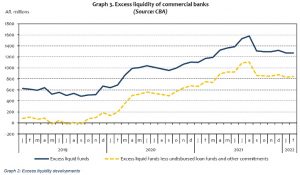 In February 2022, total credit of the commercial banks contracted by Afl. 43.6 million or 1.1 percent to Afl. 3,781.3 million, when compared to December 2021. This decline was mostly caused by a downturn in ‘business loans’ (Afl. 31.0 million/2.1 percent), which largely resulted from dwindling term loans with a maturity longer than 2 years (Afl. 34.7 million/4.2 percent) and current account loans (Afl. 12.3 million/8.2 percent). Furthermore, the component ‘other’ put downward pressure on overall credit during the period under review, as it declined by Afl. 14.1 million or 3.3 percent. For the remainder of 2022, credit is expected to stay relatively flat.