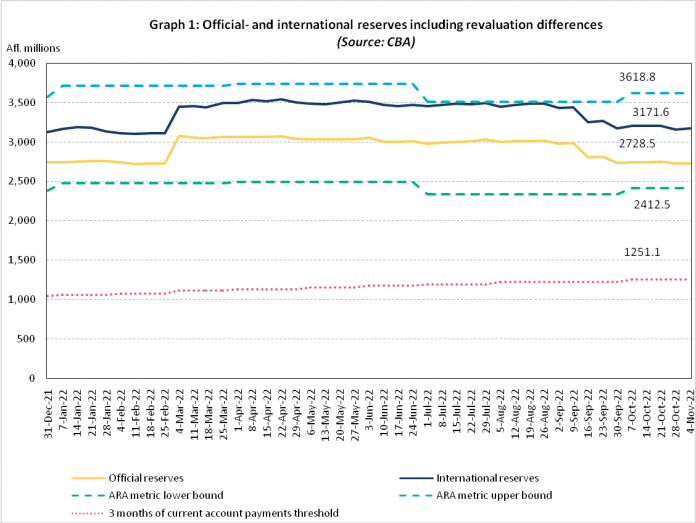 In line with the Monetary Policy Committee’s (MPC) task to evaluate, determine, and provide transparency on the monetary policy actions of the Central Bank of Aruba (CBA), the CBA communicates the following.

The MPC considered the following information and analysis during its deliberation:

Maintaining reserve adequacy is critical to keeping the fixed exchange rate between the Aruban florin and the US dollar. In this regard, the CBA anticipates international reserves to remain comfortably above the minimum required three months of current account payments. Among others, current account payments consist of import payments, interest payments made to investors, and foreign transfers such as money remittances by foreign workers.

Official reserves are forecasted to stay within an adequate range when benchmarked against the International Monetary Fund’s (IMF) Assessing Reserve Adequacy (ARA) metric.

Active Wear with a Touch of Fashion