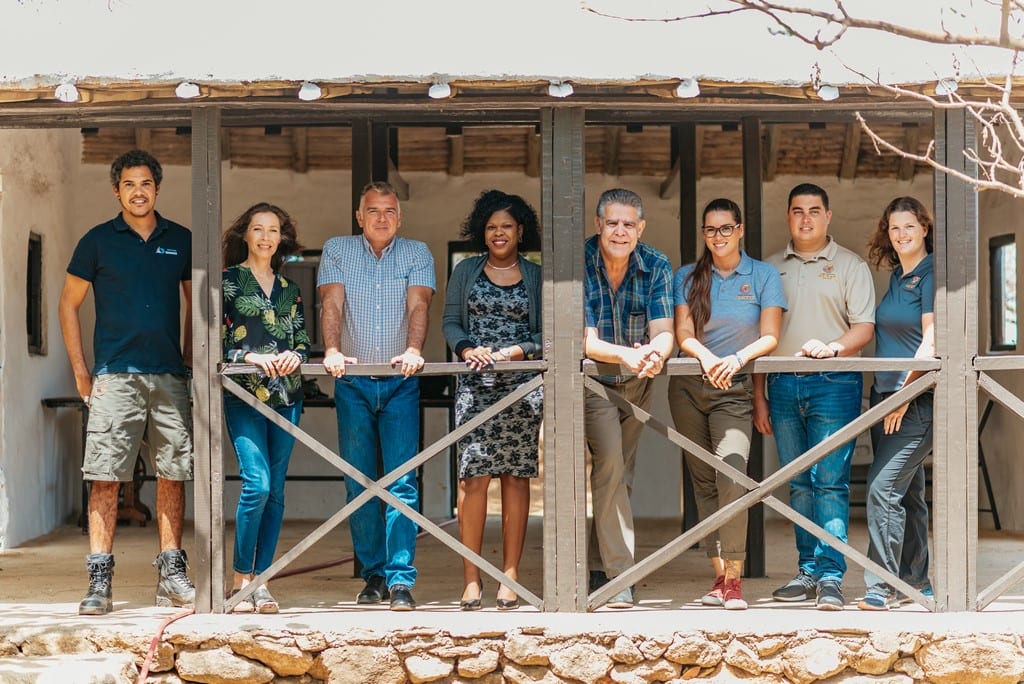 Oranjestad – The Aruba National Parks Foundation has again taken a significant step with regards to professionalizing its organization. Effective May 1st, members of the ANPF Board of Trustees appointed a new general director: Roland de Cuba who together with the Director Conservation, Natasha Silva form the Executive Board. Concurrently Starr Ramos, the new Marketing and Communications Manager and Tyson Lopez, the new Sustainable Recreation Manager also joined the foundation.

With these appointments the ANPF’s Executive Board and Management Team are now complete and ready to effectively work on nature conservation in reserves managed by the foundation.

As General Director, Mr. De Cuba will take charge of the foundation; this entails that he – together with the Director Conservation – will diligently work towards professionalizing the organization. The ANPF is an organization that is currently entrusted with about 20% of Aruba’s total surface area in addition to a maritime reserve.

Roland de Cuba is also charged with renovations and improvements to Parke Arikok’s facilities and roads, as well as optimizing visitor flows. Of high priority are also pending negotiations on a collective bargaining agreement for the ANPF’s employees and areas such as development of a streamlined organizational structure, job descriptions and related compensation structure. Furthermore, Roland de Cuba is tasked with development and update of management and conservation planning for the different parks and conservation areas under the ANPF care.

ANPF’s Supervisory Board is extremely pleased with the appointment of these three professionals and is convinced that all three will significantly contribute to the further professionalization of the foundation, the welfare of its employees and especially conservation and preservation of Aruba’s natural habitat.

Who is Roland de Cuba?

Roland de Cuba, born in Aruba in 1962 is an ex-student of the Ir. Cesare Terzano MTS. De Cuba served the Antilliaanse Militie (ANTMIL) in Aruba and – as an infantryman – with the United States Marine Corps. Roland de Cuba graduated from Southeastern University in Washington, DC with a BSc in Accounting and Taxation. During his career he held various financial and managerial functions in the United States, the Netherlands and Curacao. In 2012, Roland de Cuba returned to Aruba. Mr. De Cuba served as Secretary General of the Court of Audit of Aruba.q

Play Your Way to the Party