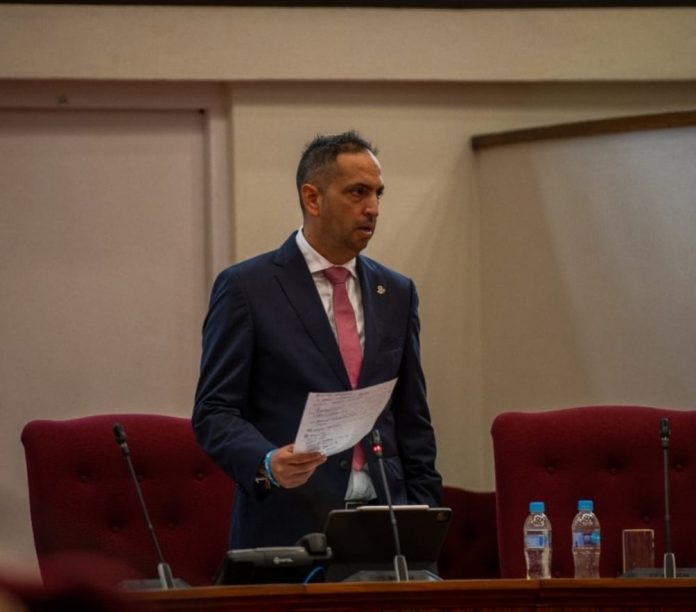 The minister thanked Parliament for unanimously approving the budget, which he said in a press release is a show that the opposition parties in Parliament agree with the work done by the current Minister of Tourism. Both fractions in the coalition as in opposition support the budget. “This is certainly an important step for the tourism development of Aruba.”

TPEF is a fund created with the purpose of investing in projects that contribute to the enhancement of Aruba’s touristic product. The portfolio in which TPEF invests consists of projects falling into six categories. These are: Attraction, Security, Environment, Heritage, Awareness and Investment. Parliament approved the 2023 budget which is between 2.9 and 3.3 million Florins that Aruba receives through the Room Tax and will be distributed between the different categories.

Minister Oduber mentioned that in 2023 regarding the environment, TPEF is going to finance 100 waste bins that will be placed all around the coast of Aruba. It will also finance the study that need to be carried out for the project of Bubali Wetlands, which is a joint project between the Ministry of Environment and the Aruba National Park Foundation (FPNA).

In FPNA’s plan there is also a Visitor Information Center (VIC) which will also serve as an information center for the new park that need to be built. The idea is for the VIC to also serve as a museum for Aruba’s nature. Minister Oduber indicated that this project is expensive and cannot be financed solely by TPEF.

Minister Oduber said he is confident that the TPEF will enhance our product Aruba and is extremely satisfied with this important development. He thanked the fractions in Parliament of MEP, Raiz, MAS, Accion 21 and AVP for supporting and voting in favor of the TPEF budget 2023, which he said is certainly proof of confidence in Parliament for his policy.