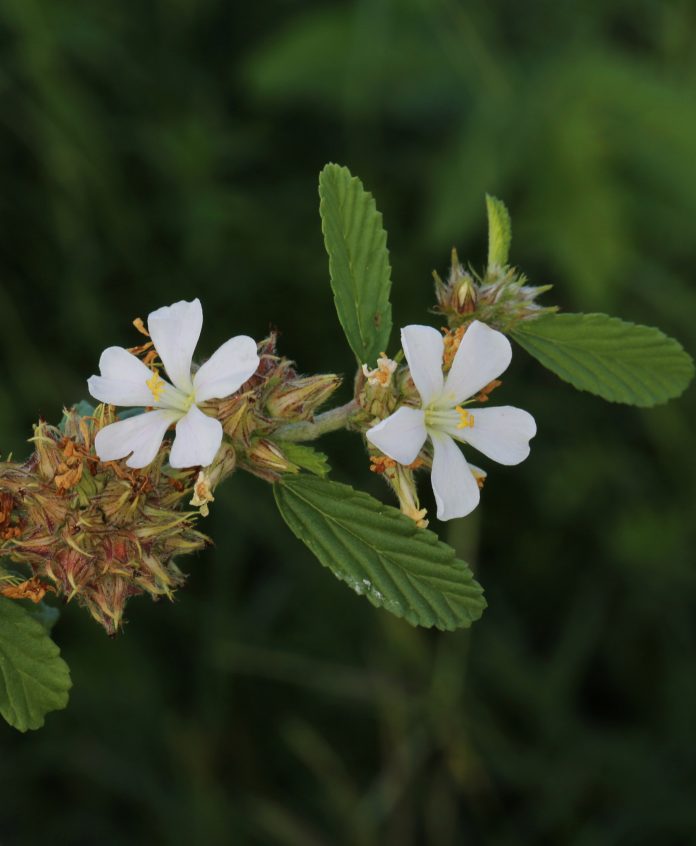 Aruba National Park Foundation, an independent foundation in charge of conservation and management of land and marine protected areas in Aruba, together with Wageningen University & Research (WUR) and Carmabi announced that more than 20 different species of new plants were discovered in Aruba.

The last vegetation study done in Aruba was in the 1990s, and it was carried out by John de Freitas of Carmabi. This report was not published, however, last year Dutch Caribbean Nature Alliance (DCNA) and WUR allocated funds to complete and publish the vegetation report for Aruba.

As part of the vegetation study, the team of international experts currently in Aruba also did a survey of the areas where the vegetation study was done in the 1990s, and also mapped protected areas that were not part of the vegetation study done previously, and registered plant species found in Aruba in the database of plant distribution which was launched last week. And finally, the team came to create capacity in our local partners and volunteers at organizations like DNM, StimAruba, Ban Lanta y Planta and Santa Rosa to equip other organizations with knowledge and ability in order to have more people with the capacity of carrying out flora and vegetation studies for Aruba.

The vegetation study will provide data that can be used for a preliminary analysis to see how Aruba’s vegetation has changed in the past 25 years. What can be confirmed is that more than 20 different new plant species were discovered for Aruba, and some of these species are new for the ABC islands and some are even new for the Dutch Caribbean. About half of the new plant species discovered are native to the Caribbean region and can be considered natural for Aruba’s flora. Some examples are the Melochia parvifolia and the Cienfuegosia cf. affinis (pictured) which were discovered by local experts.

The other half of newly discovered plants come from other parts of the world and were intentionally or accidentally introduced in Aruba. Some of these plants are invasive and present a threat to Aruba’s natural ecosystem. Examples of these are Cylindropuntia tunicata and Scaevola taccada.

The data that was collected about plant and vegetation species will contribute to improve knowledge, understanding and conservation of Aruba’s natural patrimony.