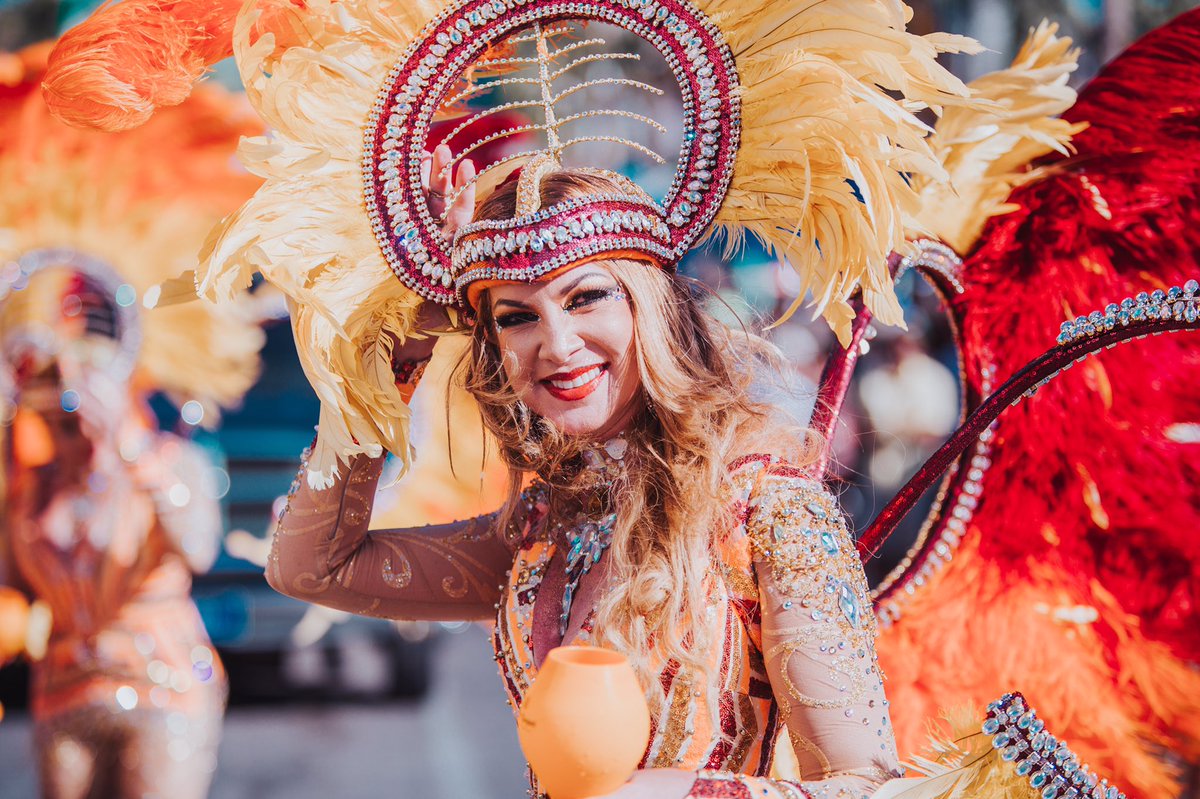 ORANJESTAD – While the official opening of the carnival season took off with the Torch Parade at January 6, the island caught the carnival fever and since then entered a series of carnival events that go on until February 11. What’s up for this weekend is the Grand Final: Aruba’s two Grand Parade’s in Oranjestad and San Nicolas. This is your last chance to get a taste of this year’s carnival, join in on our biggest cultural phenomenon.

The best is to save for last they say. Although for many locals the preparations for the carnival season are already the biggest pleasure, in the end to shine in the two largest parades is the cherry on the pie. The music, the costumes, the exotic ambiance, the dancing, the crowd … it all is overwhelmingly exciting and a feast to the eyes and ears. Today you can enjoy the Grand Carnival Parade in San Nicolas from noon on. Sunday the Grand Carnival Parade is on in Oranjestad, same starting time. In the evening it all really comes to an official end with the Burning of King Momo. King Momo, a life-size effigy of the spirit of the Carnival, signals the end of the season. Monday is a holiday to sleep in and leave the partying behind.

The island is known for its white-sanded beaches and perfect climate, but this time in the year Aruba draws thousands of visitors. If you have never been here before, come in carnival season as your experience will be amazing. Sensational musical events, queen elections and different parades are all part of this spectacular phenomenon. Carnival is part of Aruba’s history and cultural heritage, actually it is the largest cultural festival on the island. For the islanders it is a way to express their creativity and break away from the daily buzz of life. Dancing to the rhythm of local music while enjoying the ambiance of the public are some of the ingredients of this festival. Oranjestad and San Nicolas are the stages for this display of unique designed costumes, amazing ambience and upbeat, local music. The festival is for everybody accessible and safe to visit. Behind the screens there is an enormous organization that makes sure that this festival runs smoothly. The police, inspection department, Red Cross volunteers, garbage service and many others work day and night to make sure that carnival is a success. All the trailers are being carefully inspected before they are allowed to participate as well as the vehicles that pull them. After each parade the streets are being cleaned and road blocks are being taken away so next day normal traffic flow occurs. The several organizations and institutions work together with the official carnival organization SMAC.

In the 1920’s the first carnival events were organized by social clubs that started private costume and masquerade parties. This year we celebrate Aruba’s 64th carnival, which means that the first grand parade took place in 1955. Since than Aruba’s carnival has grown big and is now able to stand shoulder to shoulder with the most renowned Carnival celebrations around the world.

International Day for the Conservation of the Mangrove Ecosystem