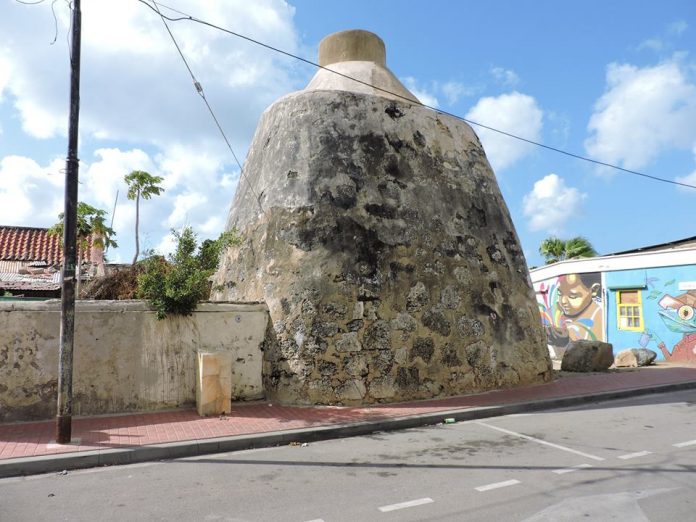 For a long time this column has been an advocate for both cultural and heritage preservation, especially when related to intangible and tangible cultural heritage issues. It was recently in the news that the famous “Forno di Kalki” in Rancho will get renovated after much lobbying and perseverance from those in the Aruban cultural sector.

It has been a protected landmark for some time but has been experiencing on and off vandalism, which in return does not help the situation and the intentions of the foundations to preserve this heritage site. Another good example of effort being made to preserve Aruba’s cultural heritage is the beautiful and serene “Ser’i Noka” (1963), which is located in Santa Cruz and is Aruba’s oldest open air theatre (amphitheater). Compared to other countries in the Caribbean, Aruba has been slowly making progress in solidifying the developments on this issue. However, it seems like time is running out and Aruba is still wandering behind international standards and procedures. It is important nonetheless to understand what cultural heritage actually is and why it is important for the future.

Cultural Heritage and the SDGs

Cultural heritage is recognized as being of historical, social, and anthropological value and is considered as an enabler of sustainable development. As a result, it is included in the United Nations’ Sustainable Development Goals (SDGs) 11 and 8. Specifically, SDG 11.4 emphasizes the protection and safeguarding of heritage, and SDG 8.9 aims to promote sustainable tourism that creates jobs and promotes local culture and products (Xiao et. al, 2018). This is also a great example of how the creative industries influences other stable economies, such as Tourism. Form previous research on SDG 11.4, it was quite remarkable that Aruba lacks sustainable national cultural policies and protective legislation on cultural heritage. Also, the UN has stipulated that culture would be the core of implementation and realization of the 17 sustainable development goals. In other words: culture would become the heart of the SDGs. This is perfect on paper, but is resulting to be much more difficult to translate into effective cultural policies or the involvement of culture in other policy areas, such as the economy, education and social welfare of communities.

It is not a secret that urban areas rich in cultural heritage and with a vibrant creative sector are more attractive for businesses, which is exactly what Aruba is looking for. Thus, promoting inclusive and sustainable economic growth through employment in culture and creativity encourages decent work. The economies of some cities draw significantly on intangible heritage such as crafts, music, dance, visual arts, traditional cuisine, and theatre that are often an integral aspect of historic urban areas (UNESCO, 2019). Further, cities are kept unique and can be preserved for identity formation of the future generations, when the tangible heritage of a country is respected and valued.

It remains positive that Aruba is continuing the road towards establishing sustainability within the cultural sector, however, effective policy making and legislative measurements remain a challenge. Aruba will lose most of its heritage if stakeholders don’t roll up their sleeves and take initiative. Culture is the core of a countries existence, and if the government could realize how much more they can accomplish by including cultural development in their policies, we as Aruba can secure so much more for the future generations. Aruba has yet to realize a list of its cultural tangible and intangible heritage for protection as the World Heritage List of the UN prescribes.

The SGD framework for the 2030 Agenda, in spite of all the references to culture, has not adequately recognized culture’s significant contribution to the implementation of the 17 SDGs. The precise role and impact of culture on sustainable development needs to be systematically researched, measured, and operationalized in order for societies that developing countries can get ahead of the challenges. As the implementation of the SDGs moves forward, further work is necessary to build a systematic and measurable evidence base to demonstrate each of the contributions of culture to sustainable development in all sectors. The inclusion of culture in policy remains imperative for our society, even though it is being disregarded and underestimated by government officials, the private sector and community. The time has come (a long time ago actually) that Aruba solidifies its future steps and make sure implementation is carried out effectively and evaluated consistently. Now is the time for action, before it is too late.q