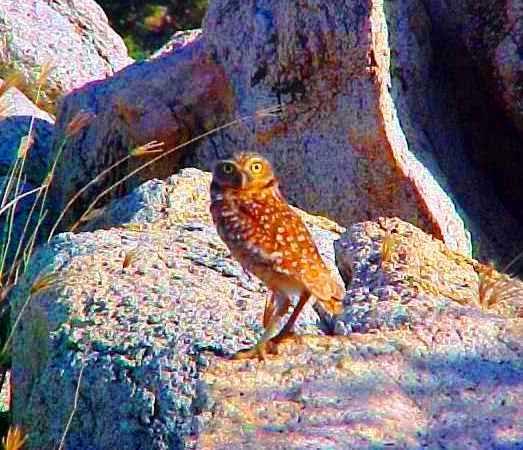 Destination values, native heritage, and cultural identity are what we advocate for in our own particular way of safeguarding all reasons to love Aruba. Etnia Nativa, through this cultural blog, “Island-Insight,” shares native cultural awareness, educates, and safeguards native heritage. It is how we encourage you to experiment with an island-keeper state of mind during your stay.

Aruba’s fragile ecosystem, its flora and fauna that used to live in a specific part of the territory, have become victims of displacement or destruction, while the protection of natural resources should be a priority if we seriously pretend to rely on tourism. Uncontrolled development and overexploitation are creating an irreversible process of destruction in nature that renders it incapable of supporting its unique native species, turning the earth into something worse than a desert a “progress” that condemns native species to extinction.

Habitat destruction is the most common cause of species extinction on the planet. While a small island like Aruba faces a process of environmental decimation caused by irresponsible individuals as well as comfortable authorities’ behavior, which contributes to accelerating the effects of climate change, native species are also threatened by invasive species, such as boa constrictors, feral cats, stray dogs, and daily human intrusive activities.

Aruba’s most famous bird, the Aruban owl (Athene cunicularia arubensis), well known locally as Shoco and also as Xeque (a word probably derived from the Arawakan language of the Caquetian tribe), is endemic to the island and an important part of the native culture.

Aruba’s prestataria lechuza, Athenecunicularia arubensis, or “Shoco,” plays a great part in the islands’ native mythology. Standing between 7 and 10 inches tall, this little owl gets its name from where it nests. Burrowing owls are often found in abandoned rodent burrows or old pipes; most often, they dig a nest in mounds of sand. Far from the trees, they nest and live near their burrows. Their brown mottled feathers help them blend in with the surrounding landscape, where they feed on insects, small mammals, and sometimes reptiles and amphibians.

Burrowing owls can be difficult to spot if they are not moving. In addition to its ability to naturally blend in with its surroundings, an owl appears from a distance to be just another prairie dog keeping watch near its underground home. An observer should carefully scan the landscape, for example, with binoculars or a camera, just as if they were searching for a prairie dog colony, looking for any movement by the owls. The reward can be that little dance hops owls make. Sometimes this dance involves them balancing on their long legs.

Burrowing owls catch food while walking or running on the ground and also catch insects in the air while hovering just above the surface. Much of their food source is available during the day, but they are also active at night.

Intrigued by Aruba`s origins and its cultural heritage? Then we encourage you to do something outside of the tourist grid. Become one of the exclusive visitors of Etnia Nativa, a private residential encounter set up where you will be able to touch and be touched by authentic Aruba heritage, a spectacle of native art, archaic as well as archaeological artifacts, lithic tools, colonial furniture, and other items of the island’s bygone era. Get inside a recycled environment full of peace, relaxation, knowledge, and information.

Etnia Nativa is, since 1994, the home of Anthony, our acclaimed columnist, artist craftsman, and island Piache, who guides and lectures you through his resplendent collection. Etnia Nativa is the only place that recreates and introduces you to an authentic glimpse into Aruba’s native cultural heritage. Something completely different for a change—a contemporary Native Aruba experience!