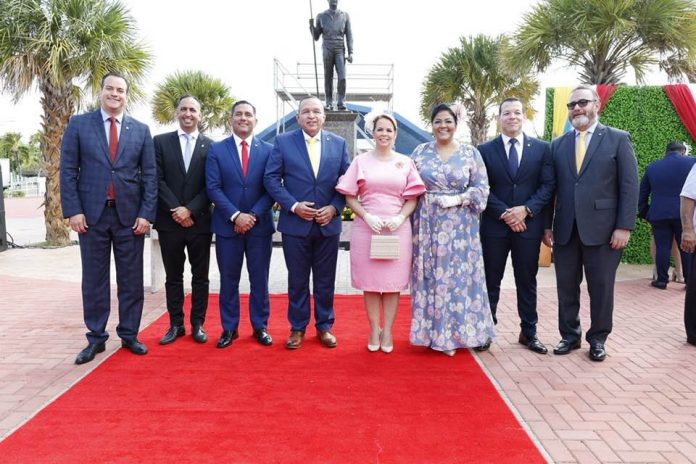 Yesterday, Aruba celebrated the birth of our national hero Betico Croes, which is known as Dia di Betico (Betico Day). The festivities were started by a protocol act at the Plaza Betico.

Yesterday morning, prime minister of Aruba, Mrs. Evelyn Wever-Croes gave a speech during the protocol act to commemorate the 25th of January, the date of birth of Gilberto François Croes, better known as Betico Croes. The act took place in the presence of various ministers and officials from Aruba and abroad, who met together with His Excellency the Governor of Aruba, Mr. Alfonso Boekhoudt at the Plaza Betico Croes. 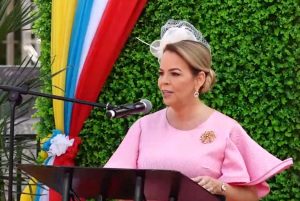 Betico Croes, who sadly passed away at the age of 48, is thanked for his determination, perseverance and courage, and with the support of a united people, he was able to achieved big things for Aruba, and thanks to him, today Arubans live in an autonomous country within the Kingdom of the Netherlands.

“I am sure that we all agree that thanks to our Status Aparte we could develop our country into one of the leaders in the region. Betico is a person who, in a short life, left a big legacy exemplified by determination, perseverance, courage and fight for unity”, the Prime Minister expressed.

Status Aparte – or Separate State – is the special status of Aruba as an autonomous country within the Kingdom of the Netherlands, separate from the Netherlands Antilles to which it belonged until 1986. 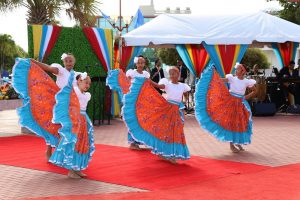 Betico was a father to four children, was a husband, a son and a brother, and he was also the uncle to Prime Minister Wever-Croes. She qualifies him as a person with an enormous charisma, who always had attention for everyone. As his own son and Betico himself once said in one of his speeches, considered his farewell speech at Ser’i Noka in November 1985, he wasn’t father to a typical home of a mother, father and four children, but he was a particular father to the whole of Aruba, and he hoped his children would be proud of him “as every child of this people”, he said.

As a politician, Betico Croes demonstrated how to lead from the heart putting the people first, how to lead with respect for others by giving and demanding respect. He showed that women should be given a space in politics, because more participation of women in politics and important positions in government brings a better balance in decision making regarding everyone.

He showed that to achieve a goal, it is necessary sometimes to take a small step back in order to be able to take big steps forward. He taught the importance of loving our country, loving the symbols of liberty, our flag and anthem, and also showed the importance of unity, “because he said that a united people will never be defeated.”

It is now up to each Aruban citizen to carry on with the principles and values that Betico embodied and which lead Aruba to great success.

ARUBA IN A SONG