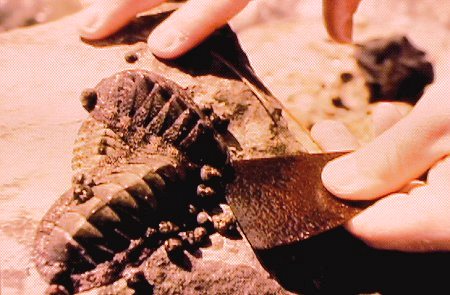 Etnia Nativa through Island Insight shares native cultural awareness educates and safeguards Aruba’s heritage and encourage readers to experiment an island keeper state of mind. Live and discover true destination values behind our beaches and since this native cultural blog get more reasons to love Aruba.

Accord scientific investigations chitons- local name “clecan” – evolved from the Paleozoic, with their actually body fixed by the Mesozoic. Chitons are exclusively marine animals that live worldwide from cold waters through to the tropics on and under rocks. Some species are exposed to the air and light for long periods most species inhabit intertidal zones however a few species live in deep water.

All chitons bear a protective dorsal shell that is divided into eight articulating aragonite valves embedded in the tough muscular girdle that surrounds the chiton’s body. Compared with the shells of other mollusks, this arrangement allows chitons to roll into a protective ball when dislodged and to cling tightly to irregular surfaces. A chiton creeps along slowly on a muscular foot. It has considerable power of adhesion and can cling to rocks very powerfully, like a limpet.

Chitons are generally herbivorous grazers feeding on algae, bryozoans, diatoms, barnacles and sometimes bacteria by scraping the rocky substrate with their well-developed radulae, a kind of micro teeth.

A few species of chitons are predatory and they catch other small invertebrates, such as shrimp and possibly even small fish, by holding the enlarged, hood-like front end of the griddle up off the surface, and then clamping down on unsuspecting, shelter-seeking prey.

They fertilization is usually external and takes place either in the surrounding water. The male releases sperm into the water, while the female releases eggs either individually, or in a long string.

The eggs have a tough spiny coat, and usually hatch to release a free-swimming trochophore larva. When the larva is ready to become an adult, the body elongates and the gland cell secretes the plates of the shell.

After a chiton dies, the individual valves which make up the eight-part shell comes apart because the girdle is no longer holding them together, and then the plates sometimes wash up in beach drift. The individual shell plates from a chiton are sometimes known as butterfly shells due to their shape. Several species of chiton are known to exhibit homing behaviors, journeying to feed and then returning to the exact spot they previously inhabited. The method they use to perform such behaviors remains unknown. One theory has the chitons remembering the topographic profile of the region, thus being able to guide themselves back to their home scar by a physical knowledge of the rocks and visual input from their numerous primitive eyespots. They may leave chemical cues along the rock surface which their olfactory senses can detect and home in on.

Chitons are eaten in several parts of the world included Aruba. Our ancestors loved the energy they obtained by eating them raw. Many shell pieces of local chitons can be found on archaeological grounds. They are also traditionally eaten in Philippines where it is called kibet if raw and chiton if fried. Native Americans of the Pacific coasts of North America eat chitons. They are a common food on the Pacific coast of South America and in the Galapagos. Aboriginal people in Australia eat chiton and in South Korea also eat chiton slightly boiled and mixed with vegetables and hot sauce.

Now if you are intrigued by Aruba`s origins and our cultural heritage? we encourage you to do something different outside the tourist grid. Become one of the exclusive visitor of Etnia Nativa`s private residential encounter set up, where you will be able to touch and be touched by authentic Aruba heritage, an spectacle of native art, archaic as well as archaeological artifacts, lithic tools colonial furniture and items. Get inside a recycled environment fully of peace and relaxation, knowledge and information.
Etnia Nativa is since 1994 the home of Anthony our acclaimed, columnist, native artist and island expert who is guide and lectures through his resplendent home. Here is the sole place to recreate and be introduced to an authentic glimpse in to native Aruba. Something completely different for a change, a contemporary native experience!

Celebration, Family and Nature all here in Aruba