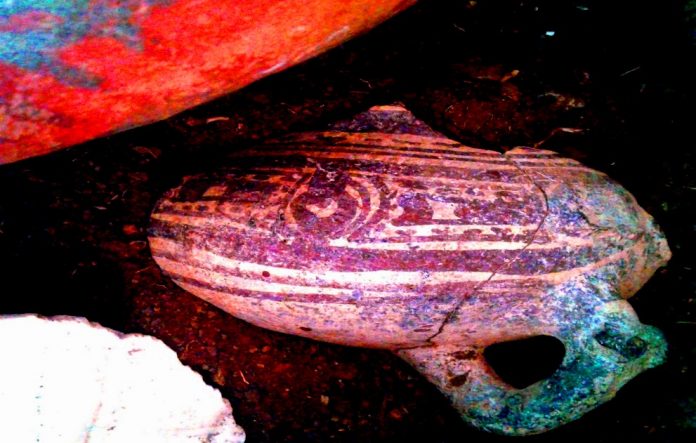 Etnia Nativa is the island’s culturally conscious partner in educating, safeguarding and promoting the islands’ cultural resources, inspiring visitors to actively participate as eco-guardians of fragile and material heritage.

People lived on this tiny Caribbean island for thousands of years, adapting to the environment and mastering important steps towards a sustainable civilization. During this social evolution these primitive inhabitants became sedentary and this eliminated much of the responsibility and burden of caring for the elderly during long migratory journeys. This advent gave way to a more dignified existence for the entire community. Spiritual gratitude towards the elements is seen in the care our ancestors gave in preparing to perform various aspects of their ritual art.

Ancestors who performed their sacred ceremonies devoted to respect, like rituals dedicated to their deads.

The inhabitants of the large towns practiced four or five different forms of burial rituals. These various forms represented social differences in the community. The background to the recorded differences remains a mystery to this day, but the differences are undoubtedly evidence of the status of individuals, families, or groups within the community.

The dead were buried in the ground within the town limits, while some with special gifts offerings in their grave. However, others were found without any visible offerings. The gift offerings we found in large vessels or urns: direct burial in large storage containers.

Secondary urn burials where also found which are results of a complicated ritual processes; in fact, the dead are buried twice. The corpse is first buried in the ground, after a one or a few years, the bones are excavated. These bones or skeletal remains later meticulously cleaned for their permanent resting place in a fairly small container. If, after such a procedure, the bones are buried in a large vessel, researchers may misinterpret it as a direct urn burial.

We have a pretty good idea of ​​the whole process of secondary urn burial from existing descriptions of such “double” burials. They are practiced to this day by the Wayu indigenous people, who live on the Guajira peninsula on the border between Venezuela and Colombia.

There is evidence that the Dabajuroid ceramic people aka Caquetios, also had a fifth type of burial in caves outside their villages.

More comparisons can be made between the Guajiros and the pre-Columbian population of Aruba, such as their environment, diet and religion, which had a lot to do with the way in which the natives, particularly from this area, related to the world of the dead and beyond; how to prepare each and every one of your deceased relatives for their spiritual journey through the underworld and into the land of their dead ancestors and friends.

If you intrigued regarding Aruba, its origins and its cultural heritage, become part of an exclusive visitor’s experience, by appointment only, of the cozy home-atelier called “Etnia Nativa”. A private residential collection of native Aruban objects, art, archaeological artifacts, historical furniture and more. While the facilities itself is the result of the transforming recyclable materials into an artistic dwelling.

Meet the “Island-Insight” columnist at his home and get a peek the heart of island existence! Book your visit Whatsapp + 297 592 2702- or mail: etnianativa03@gmail.com