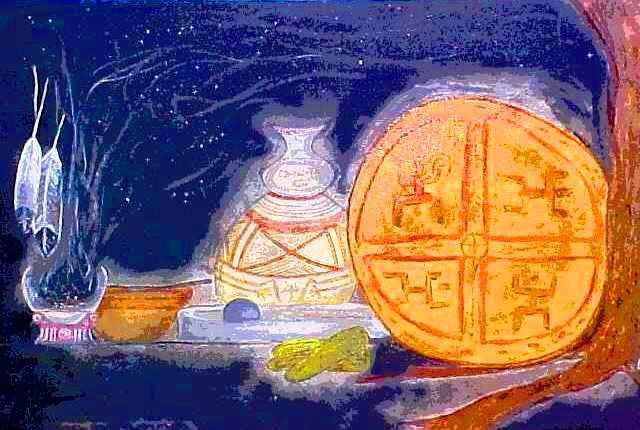 “Being an Indigenous woman means living under a society and ‘civilization’ that benefits from your voice lessons, invisibility, disappearance, non-existence, and erasure,” said Rebecca Moore, an I’nu woman. International Indigenous Women’s Day is held each year on 5th September. Although women fight for their rights and the rights of their people, not enough recognition is given to the efforts of women.

Being born an indigenous girl can still be a life sentence of poverty, exclusion and discrimination in many regions today, largely rooted in the historical marginalization of indigenous communities and aggravated by overlapping circumstances such as race, ethnicity, disability and location. Analysis of available survey data shows that indigenous women and adolescent girls are significantly less likely to benefit from health services and have worse maternal health outcomes in many countries. Indigenous or Amerindian women are twice as likely to die as a result of pregnancy and childbirth compared to non-indigenous women.

But parallel to these current and unfortunate situation Indigenous women play important roles in their communities and beyond. In the case of Aruba, Indigenous women were the Eve of the modern or contemporary Aruban autochthone population, facing the challenge of educating her mestizo offspring’s in to heirs of islands ethnic genome and the Aruban culture.

Indigenous women traditionally played a central role within the tribal and later in Cristian family, however carrying their aboriginal government and spiritual ceremonies within them believes. Men and women enjoyed considerable personal autonomy and both performed functions vital to the survival of aboriginal communities. The men were responsible for providing food, clothing, shelter and security. Commerce with the mainland, seasonal farming, fishing and ranching wild horses, were the main activities back then. Women, daughters of corn were responsible for the domestic sphere and were viewed as both life-givers and the caretakers of life and heritage. As a result, women were responsible for the early socialization of children.

Indigenous women are the backbone of many American communities. Our mothers, sisters, aunts, cousins and grandmothers play major roles in the preservation of food security and culture heritage of this beloved rock. They also have a fundamental role as guardians of indigenous ancestral knowledge, having been traditionally care takers of natural resources and managers of seeds and medicinal plants. In actual times they often take the lead in the defense of indigenous lands and territories and advocating for the islands indigenous peoples’ collective rights worldwide. In Aruba we have a group that advocates for the care and protection of nature led by a woman. Sister Taca Mahaca, a native Aruban jurist urges by very valid arguments the need to protect nature and autochthone cultural heritage. Her group organizes awareness manifestations and protests on the island wide. Using media awareness campaigns trough her group called PAW; Proud Aruban Warriors.

To get to know more about Aruba and its origins, its animals, culture etc., we highly recommend you to book your participation. Living our cultural encounter session is mind opening and entertaining. Mail us at etnianativa03@gmail.com. Our facilities and activities take place close to your accommodation.

The Rogers honored as Goodwill Ambassadors