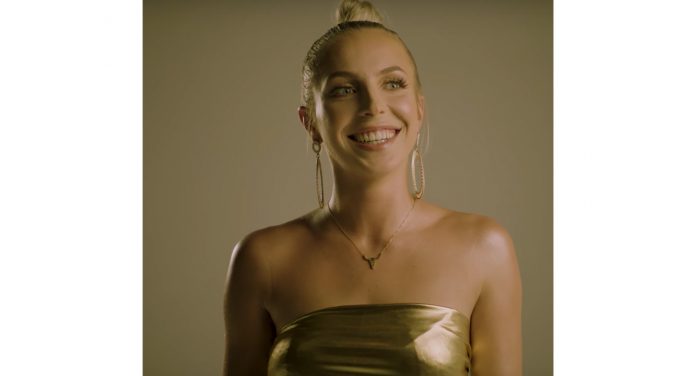 Hip-hop/Pop sensation Odillia has set sail for Aruba to begin principal photography on her new music video, ‘Break It Down’. The sophomore release by the Dutch bombshell features Rap Icon Snoop Dogg and is set to be released next month by her record label Lukevision Enterprise. The shoot will be helmed by renowned director Edward Silberie whose clients include international superstars Jbalvin, Jowel y Randy, Jeon, Malu, DJ Nelson and Alex Sensation.

‘Break It Down’ comes hot on the heels of her chart-topping debut single ‘End of the World’  featuring Atlanta’s Lil’ Keed that racked up over 10 million views  on social media since it premiered in February. Lukevision owner Will Luke says he couldn’t be more excited about the success of his new artist. “Odillia is that rare breed of young artist with heart, soul and the talent and dedication to match!  She has been an amazing addition to the label, and we couldn’t have asked for a better performing debut than ‘End of the World’. We can’t wait to see how well the new single performs especially with the legend Snoop on the track.”

The 22-year-old Netherlands native shot to fame after appearing on the hit BBC talent competition ‘All Together Now’.  After moving to Los Angeles in 2019, Odillia landed a major record deal, secured artist representation and was in the studio working on her US debut within months. She is thrilled to be working on this collaboration with her long-time inspiration Snoop Dogg, “When Will told me that Snoop was going to be sending some verses for the song, I was beyond excited…I really couldn’t believe that an artist I had so much respect for and whose music I had grown up listening to was actually going to be on one of my songs!” ‘Break It Down’, which was written by Odillia, explores the ups and downs of a relationship with one partner in need of clarification of where things stand. “I write all of my own songs,” she explains. “They are all based on things I have personally experienced or the experiences of people in my life. Sometimes, when two people are in a relationship, but not on the same page, there comes that moment of honestly where they just have to break it down and say what it is they want or don’t want from each other. I’m excited to play off those emotions in a back and forth with Snoop with beautiful Aruba as the backdrop of the story.”