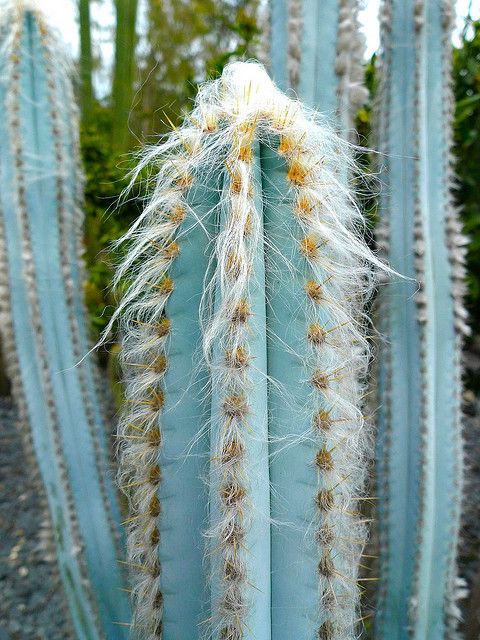 Succulent are plants that are mainly thickened, fleshy, and engorged, usually to retain water in arid climates or soil conditions. The word succulent comes from the Latin word sucus, meaning ‘juice’, or ‘sap’. Like for example our island cactuses or any other plant that stores water on its stems or leaves. In developing special talents, these plants have developed a special type of survival skills, filled with unique and wonderful shapes, colors, and textures such we can find in the Aruban landscape. 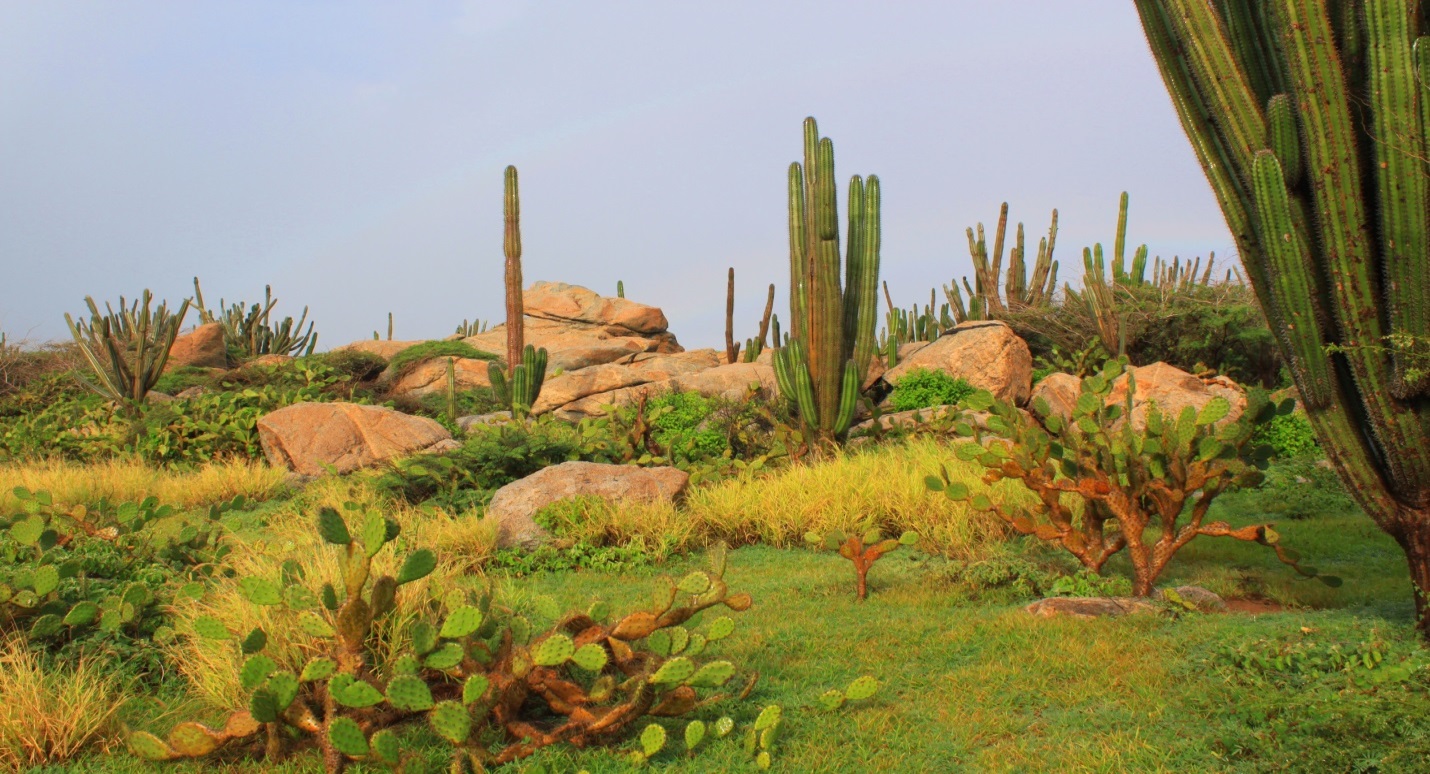 A typical Aruban land scape made out of granite boulders tuna and candelabra cacti.

Our island vegetation shapes local culture and national identity, and so in order to protect it we hope to allow future generations to enjoy their unique environment. The thorny brushes, trees cacti and agave varieties are abundant, though not in large numbers of species. The cactus grows in the wild. Their seeds are dispersed by the wind and fauna, specially birds and bats that feast on their delicious fruits.

The best known or most famous succulent of the island is not really a local plant. This plant was introduced to the island in order to foment cultivation and create new sources of income for the islanders, and yes you guessed it, it is the Aloe. This super plant has been actually imported from the island of Barbados where it was doing good and started to bring in some extra income. This plant was also imported from another island called Socotra, which is located between the Guardafui Channel and the Arabian Sea in the Indian Ocean. Well, the Aloe did really bring wealth for those who had invested in this wonder plant.

The Aruba Aloe did become an important ingredient of many pharmaceutical skin products used as protection against the sun and chemotherapeutic burns. It can also be found in Laxatives, consumed to treat constipation and detoxification. 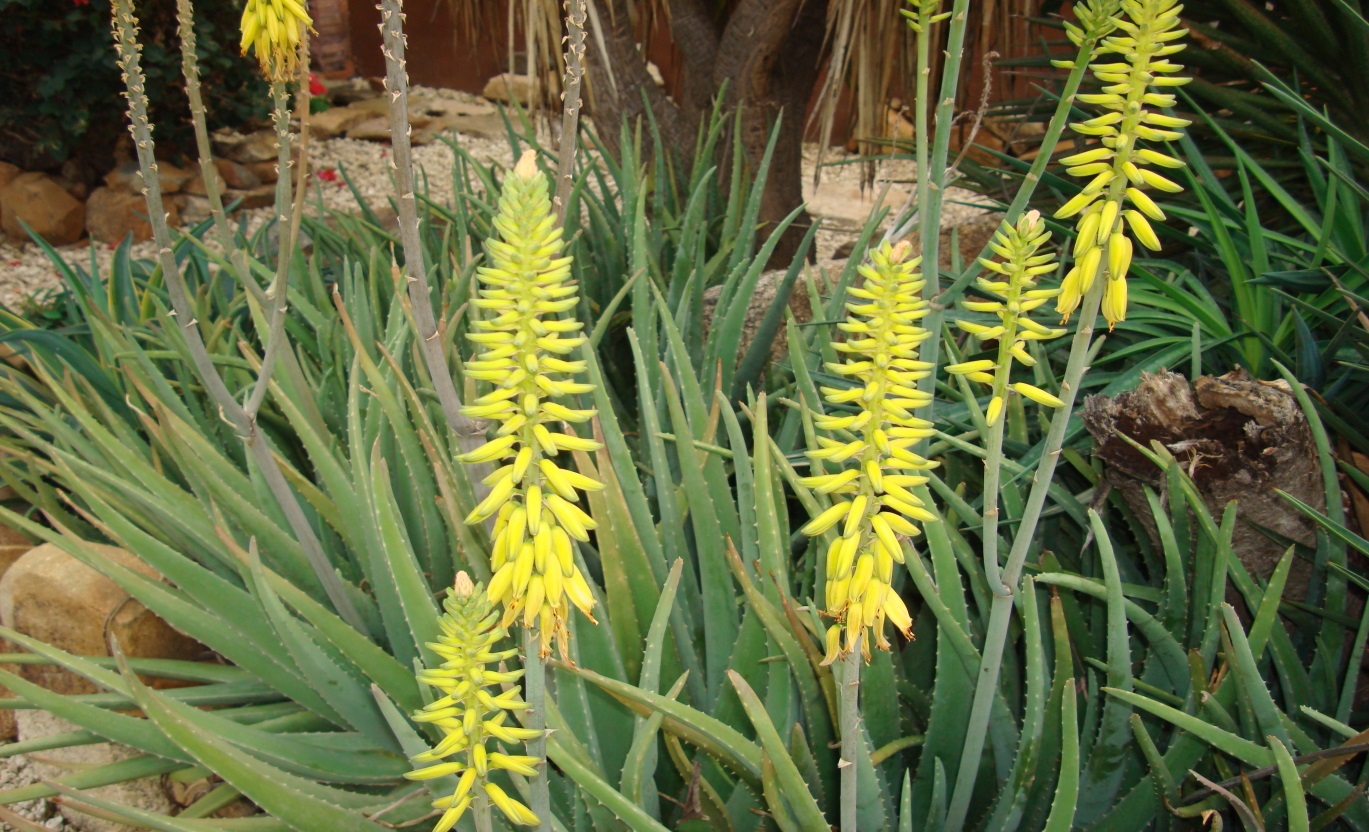 The cacti have a very important ecological role: their fruits and flowers, which some bloom only at night, provide critical food resources for a variety of the islands’ bats, birds and reptiles.

There are three types of candelabra or organ pipe cacti species that dominate the landscape of the island. Stenocereus griseus, Cereus repandus and Pilosocereus lanuginosus.

Stenocereus griseus grows straight up and branches out close to the ground; its thorns make up neat rows of rosettes.

Stenocereus griseus is a treelike cactus (3-) 6-9 (-10) meters high, sometimes branching at the base, sometimes with a definite trunk. This species shows latitudinal variation in growth form, from a multi-stemmed shrub sending up from the base 5 to 20 branches 3 to 6 meters high in dry northern habitats to a ten meter columnar arborescent cactus in Caribbean deciduous forest. The flowers, which appear in spring, are followed by the large delicious fruit much prized by the native. 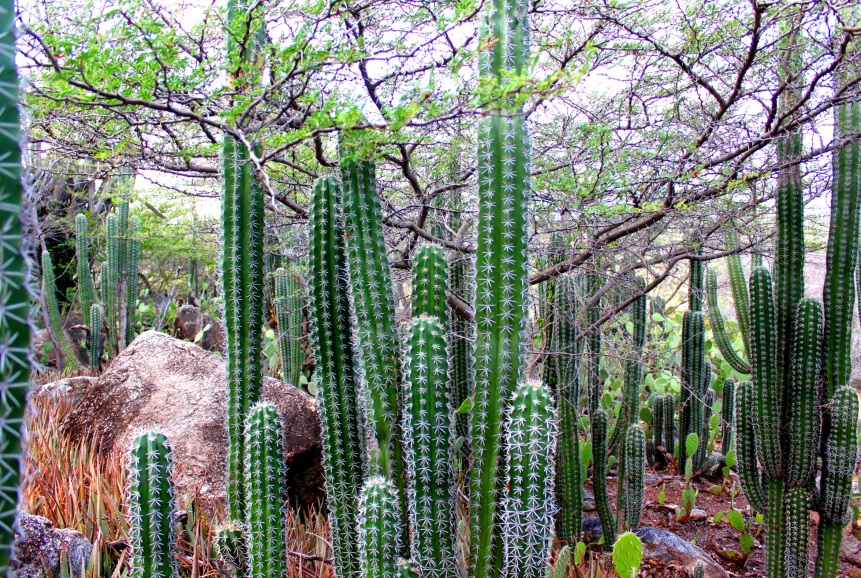 Cereus repandus, known locally as Breba, is the largest of the three cacti species and looks more like a tree as it branches out further from the ground; its thorns form dense rows that stick on the Cereus repandus, The Cereus repandus is an unsearched, under-utilized cactus, grown mostly as an ornamental plant.with branches that grows in all directions. 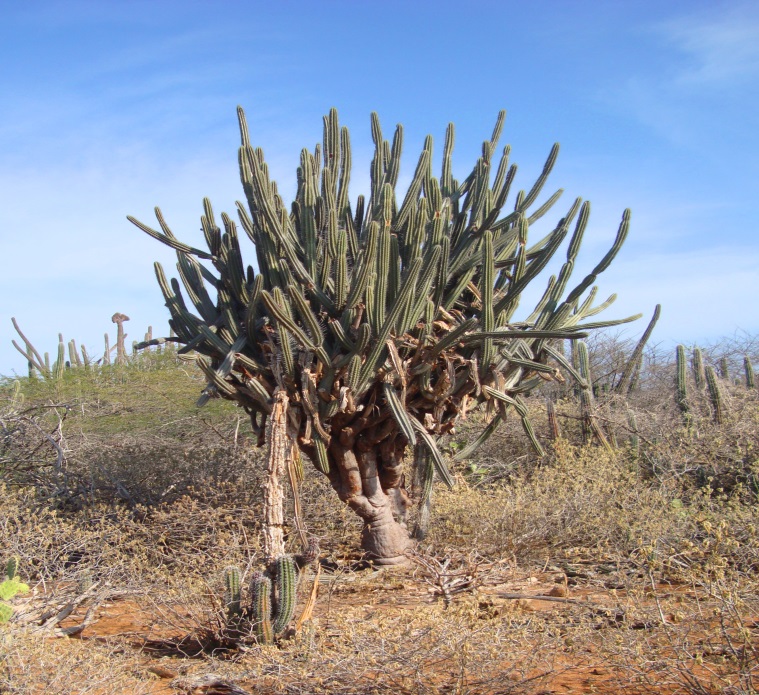 Pilosocereus lanuginosus is a beautiful golden spinned columnar cactus that can eventually grow up to 30′ feet tall. Pilosocereus lanuginosus branches from the sides of the main stems producing a candelabra effect. Stems average 4″ to 6″+ in diameter and have a glaucous or blueish green skin. Like the other species of Pilosocereus, this species, from warm temperate climate is very easy Cacti to grow however cannot survive any periods of frost

The vaccination centers will remain open on Ascension Day, May 13 and Friday May 14, 2021