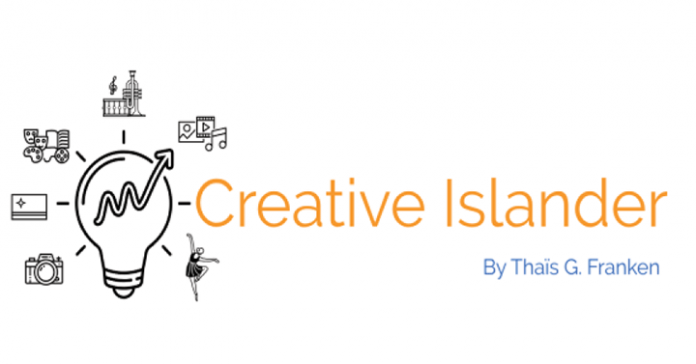 MAASTRICHT – Last week the organizers of the Caribbean Sea Jazz Festival announced that one of the oldest music festivals on the island is canceled this year due to reduced funding stemmed from unmet targets as stated in the contract between the organizing committee and the Aruba Tourism Authority (ATA). This raised a lot of opinions on social media and a critical discourse in the community on how these festivals on the island are funded and to what degree they contribute economically to Aruba.

However, with the recent success of the Soul Beach Music Festival this last weekend, it is clear that commercialized music festivals have been evolving greatly in the past two decades on Aruba. In today’s column, I will discuss the relationship between the Cultural and Creative Industry (CCI) and the remaining economy to understand economic value of cultural activities, and I will dig deeper into the impact of tourism-based commercialized music festivals on the economy, aimed on Small Island Developing States (SIDS).

When it comes to the dynamic relationship between the creative industries and the rest of the economy, Potts and Cunningham (2010) argue for four models to answers this mystery amongst economists and professionals in the creative industry: namely (1) welfare model, where the whole economy drives CCI through transfers of resources; (2) competition model, where the CCI is just another industry; (3) growth model, where the CCI drives the whole economy through high rates of growth; and (4) innovation model, where the CCI helps the whole economy evolve through transfers of knowledge. Each of these possibilities is related to a very different policy model: in (1) a welfare subsidy is required; in (2), standard industry policy; in (3), investment and growth policy; and in (4), innovation policy. We know that the Minister of Economic Affairs, Finance and Culture of Aruba, Mr. Xiomara Ruiz-Maduro recently presented Aruba’s Economic Policy, which includes 6 prospective industries for diversification of the Aruban economy. These include; Tourism Industry, Knowledge Economy, Logistics, Agriculture, Circular Economy and Creative Industries. After analysis of the economic policy, it can be considered a standard industry policy, in this case 6 industries in one. This means, that the Aruban government is aiming towards a competition model, rather than a welfare, growth or innovation model.

In this case, according to the authors a CCI “should properly require the same policy treatment as other industries. The creative industries, in this view, are just another member of the industrial community, and they should rightfully then demand neither more nor less “assistance” than that due to others. Recognition of normal existence is sufficient and “significance” is immaterial” (p. 169). The results of the research indicate a preference for models 3 and 4, however models 2 and 3 propose a more consistent treatment of the CCI, while models 1 and 4 require more public intervention.

When it comes to commercialized Music Festivals, according to Croes, Semrad & Rivera (2016) in the paper; The Relevance and Value of Music Festivals as Relational Goods in SIDS, aims to report on efforts from both Aruba (Aruba Soul Beach Music Festival) and Curacao (Curaçao North Sea Jazz Festival) in terms on event management, event quality, event attendance, audience satisfaction, and overall contribution to the island’s economies. This paper highlights the fact that destinations in the Caribbean region are continuously trying to diversify and become unique. In this sense, cultural activities such as music festivals play have been a pivotal strategic move in marketing these SIDS as relaxing, entertaining and one of a kind experience. What we can learn from this research report is that:

1. “Much of the international tourists indicated that their primary reason for travel to the island was the music festival they attended.

2. It seems that music festivals in SIDS have become an attractive attraction on itself and demonstrate the ability to produce the attention from profitable market segments that are both local and international.

3. The international tourist event attendees were arriving from included: the Netherlands, Suriname, and the USA.

4. The music festival attendees who were tourists were more affluent, highly educated, stayed in hotels, and demonstrated the interest to consume not only the music festival as an experiential good but also the experience of the SIDS themselves.

5. Comparison between the music festival international tourist event attendee and the typical tourist to the destinations revealed that neither of these market segments spend their money on tours and shopping as a primary or secondary consumption activity.

6. The music festival international tourist possessed more favorable demographic profiles and characteristics than that of the typical tourist in that they were much more educated, made more money, spent more money while on the island, and stayed in the local hotels.

7. The overall marketing, advertising, and promotional efforts used to generate tourist arrivals to SIDS may not be effectively reaching the appropriate potential tourists that would arrive and maximize the consumption of the islands’ experience. If SIDS tourism marketing, advertising, and promotional efforts are not reaching the most lucrative and viable market segments than such efforts may be incurring wasted or high opportunity costs.

8. These tourists were interested and committed to experiencing not only the festival but also the SID they were visiting. This indication is supported via the results of the economic Input Output (I-O) model.

9. It was revealed through the survey assessment and the I-O model that not only did the international tourist event attendee make more money they also spent more money while visiting the island” (p. 1 – 5).

Clearly between these two papers, we can confirm that a CCI does have economic value within a community, especially when it is connected to the Tourism Industry. The success of these types of festivals on the island depend on more factors than discussed today, but the role of the government, private sector, NGOS and community remain important in this discussion because it will determine the economic dynamic of the industry within the entire economic sphere. Studies show that these commercialized music festivals do bring economic gain, now it is the job of all stakeholders involved to make sure that effective strategic plans are there to set Aruba apart from other SIDSs in the region and to avoid losses like the Caribbean Sea Jazz Festival.

Personally, I would like to see the CCI within the Innovation Model considering the Aruban government’s aim of innovating and creating sustainable development and the deep linkages the CCI has with the other economies. Having an industry policy will not help Aruba catalyze growth and innovation as is desired. We can’t innovate our economies, if we are not going to innovate the way we make policies, the way we interact within the economy, the way we are used to invest, and the way we are used to consume. q

2020, Dedicated to Innovation and Education

Using Music to Shift the Narrative in our Community; “A best...