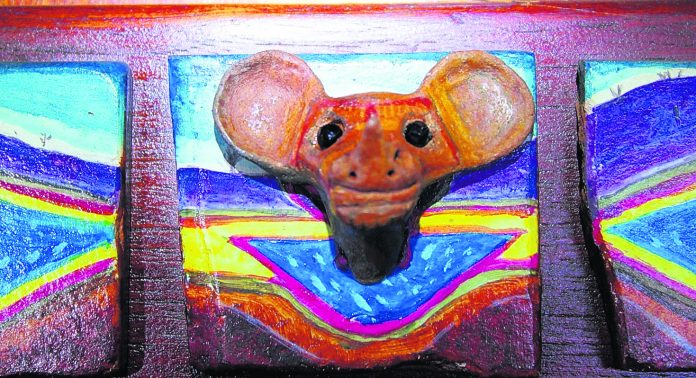 Bats provide humans with uncalculal benefits at the cost of some threats. Bats are great pollinaters and feeds basicly from night-blooming columnar cactus flowers and fruits and agave flowers and many indangerd plants and trees of the island. Bat dung has been mined as guano from caves and used as fertilizer. A healthy bat population is crucial for a healthy ecosystem. In Aruba approximately eigth different bat species have been identified: insect eating bats, fruit and nectar eating bats. Both insectivores and frugivores species are masters when it comes to preserving a balance in our islands fragil biodiversity.

Insectivorous bats banquit on insects from sundown and darker hours, saving the islands anually budged millions of aruban florins of imported toxics pesticides. There are fewer insects when bats are around that hunts insects and there are less insect pests that causes damage to vegetables and garden plants. If open air agriculture is to become a next call, farmers don’t have to invest as much in pesticides and will build bat roosting boxes in order to welkome them to stay and propagate while collecting their fertilizing guano. One bat eats equally up to three times their weigth on an average night! 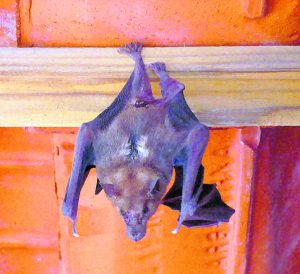 Several species of bats of Aruba eat nectar. As mentioned, many types of our endemic plants of our ecosystem rely on bats for pollination and seed dispersal, such as the quebedexi and huliba tree. The agave species, the candelabra cacti’s such as the cadushi, the cadushi plushi and the breba etc. All around the island and in our national park, long-nose and long-tongue bats are perfectly adapted to pollinate these plants, and they provide extensive value to the biosphere. So next time you see our agave in bloom say thank you to the bats.

People are often fascinated with bats. In fact, one of the largest tourist attractions in Austin Texas is where more than 1.5 million bats roost during the summer months. More than 100,000 tourists come to this area annually.

Bats are associated with different cultures and mean different things to different people.

In many cultures, bats are popularly associated with darkness, evil, witchcraft and death.

To the Amerindian tribes of the northwestern United States, bats are symbols of diligence; while in the Great Plains, they imparted wisdom on their people. In the southwest and Mexico, they are representative of death and rebirth, because they go underground in the early morning, and then appear again each night in a noisy hoard. So they are reborn every night, flooding out from their caves. 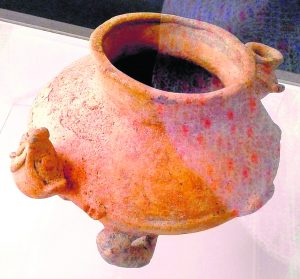 The mythology of the Mesoamericans have the bat as a shadow of darkness that looms over them. It is a symbol of the land of the dead and part of the underworld. When a person would see one it could mean that death or destruction was sure to happen in their near future.

The pre-Columbian culture displayed the bat as one of their legendary gods. They are often part of the paintings and drawing of older times. Bat figures are also found in prehistoric artwork and stone work like pendants or pottery.

The Mayans had a bat god called Camazote, who was said to have tested human souls with a large sword. This is slightly negative, since the bat is associated with violence. In Biblical tradition, bats were believed to be messengers of Satan. The Puritans believed that if a bat flew close to someone, somebody was trying to bewitch them. The Chinese, however, view the bat as a symbol of happiness. They are amazing creatures. Bats often represent death in the sense of letting go of the old, and bringing in the new. They are symbols of transition, of initiation, and the start of a new beginning. 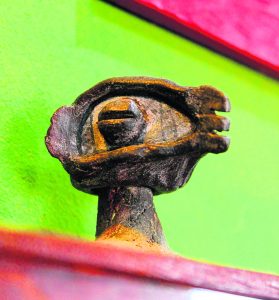 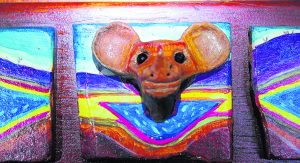 Nevertheless, bats were very important to the early settlers of Aruba, the recurrence of incorporating these flying mammals in to their artistic expressions stands as testimony in our Native Art Living Gallery at Westpunt 37A, Noord.

To immerse in what Aruba is all about. Its people, its origins, its animals and culture, we highly recommend you to book your visit for our renowned cultural encounter session which has been entertaining curious, scientist and bohemians for decades. Mail us at etnianativa03@gmail.com to confirm your participation. Our facilities and activities take place close to high rise hotels.