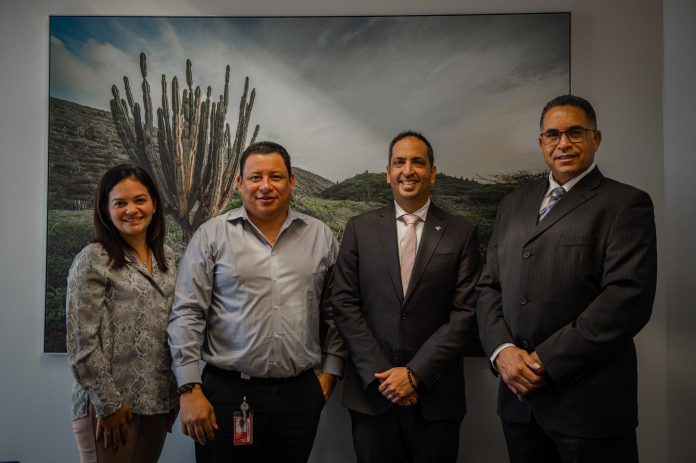 This week the establishment of Aruba Port Development NV was established. Minister of Public Health and Tourism, Mr. Dangui Oduber; director of Aruba Ports Authority NV, Mr. Figaroa; and president of the Supervisory Board, Mr. Dubero were present for the occasion.

Aruba Port Development NV will be in charge of managing the entirety of the Port City project.

As was previously reported, the government of Aruba and Aruba Ports Authority (APA) recently held the official launch of the Port City project. This is to develop the entire area where before the container quay was in Oranjestad. This area became available when the quay was moved to Barcadera.

Minister Oduber made it known that he has been working closely with APA since 2017 in order to carry out all the necessary work and preparations to realize the project.

According to a press release, the Port City Project is very ambitious and great for Aruba, and will generate many jobs during a period of 15 years. It will also generate income for APA and the Government, and will create an economic spinoff for the country of Aruba.
It is a project that has an investment of 1 billion florins from the private sector. Income generated from the private sector, APA will invest back into infrastructure, roads, landscaping, boardwalk, public parks and maintenance during a period of 60 years.

Minister Oduber said that this is the financial model of Port City, and naturally to manage this important project, a new company needed to be established. This was a great moment for Aruba when finally, after a lot of preparation, the company Aruba Port Development NV was established at a notary together with the director of APA and the president of the Supervisory Board.

Aruba Port Development NV will be the company in charge of managing the entire process of public tender which will begin soon. Right now, all the work can continue according to plan, so that the Port City project can begin in the second quarter of 2023.