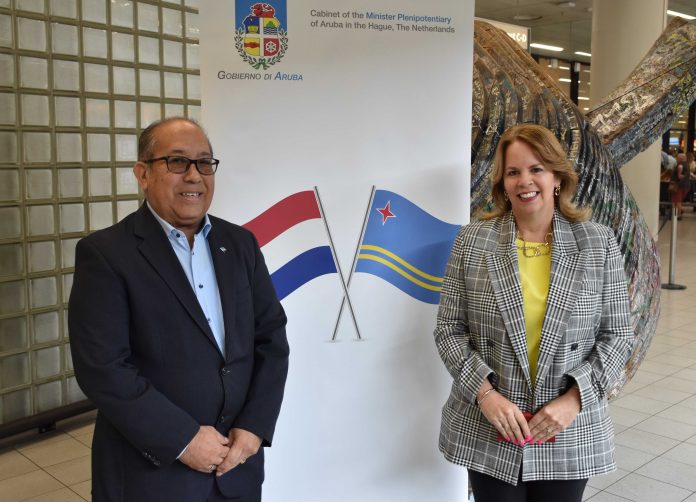 There is a very serious housing crisis in the Netherlands currently, affecting not only students coming from abroad, but Dutch people as well. This year some Universities in the Netherlands sent communications informing the students not to come to the Netherlands if they didn’t have a place to live yet, which shows the seriousness of the situation.

Aruba had a group of around 40 students who went to the Netherlands without have a place to live, but many of them already found a place to stay from the 1st of September, according to Prime Minister Evelyn Wever-Croes.

The group of students who didn’t previously have a place to live is staying with family, acquaintances or at the student hotel that certain big cities have, but the latter is more expensive. There were cases of students who found a room that they didn’t like, for various reasons like it being too small and they wanted more comfort and so they rejected that room and had to start from scratch. Premier Wever-Croes says that it’s important to note that currently, there are no students on the streets.

The Prime Minister, during conversations with some of the students that went to the Netherlands without having arranged a place to live, said they made the decision to go to the Netherlands without having a permanent residence in order to not miss the opportunity to start the academic year. It’s worth noting that in the Netherlands you need an address to register as a resident and they have very strict rules. “As long as you’re not registered at an address, you cannot get a bank account, cannot get internet or cellphone service, etc.”

Role of Aruba Huis and housing

Currently, Aruba Huis does not have the possibility to take charge of housing for students. They will begin to work on the problem through a website, by giving more information and giving more guidance to the students.

As was announced some time ago, Aruba Huis is going through reorganization, and while doing this, the intention is to change the current role of Aruba Huis in order to better serve the needs of the Aruban people, among other things, to have a better transition for Arubans who go study in the Netherlands.

Another aspect that is currently being worked on with Aruba Huis and the Secretary of State for Kingdom Relations, Alexandra van Huffelen, is to allow students to receive a burgerservicenummer (BSN, citizen registration number) for the Netherlands in advance, even if it’s a professional one, before they arrive in the Netherlands. If they have a BSN they can begin arranging various aspects for their housing, which can take between 3 and 4 weeks, more in advance.

However, this is in the hands of the Dutch Government, seeing as receiving a BSN in advance is something big.

It is important for these conversations to continue to see if it can be achieved, the Prime Minister emphasizes.

To conclude, Wever-Croes said that right now, the housing situation requires more involvement by the Aruba Huis, but maybe in the future the situation will change again. If this is the case, then maybe the role of Aruba Huis will change again, but right now, they see the need to be more active regarding housing for students, and they will do this, among other things, by facilitating registries that a student can use.