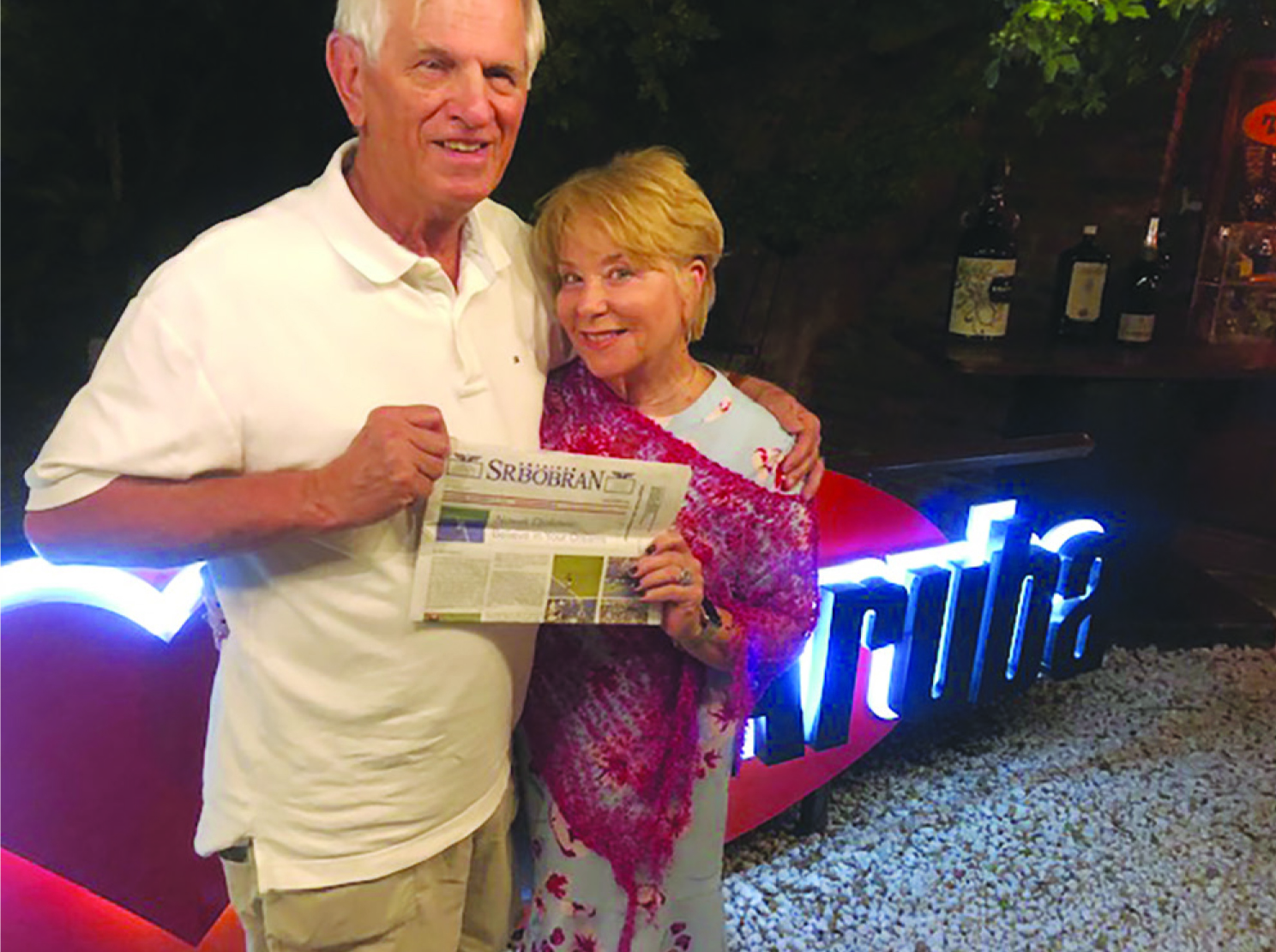 ORANJESTAD — Two years ago Joe Čupurdija, a former Lt. Col in the US Air Force, and his wife Marcia were visiting Aruba for the first time. That week Aruba Today published Chapter 7 of my book “An Aruban In Libya” and Joe sent me his reaction reading in part: “… I was stationed at Wheelus Air Base from July 1965 to December 1967.  I was familiar with the Oil Companies Schools because my wife, at the time, was a substitute teacher at the Wheelus school”. But, there was an even greater coincidence. Joe’s email address contained a Yugoslav word that intrigued me. My book contains two chapters that deal with my Yugoslav friends in Tripoli. Sure enough, my suspicion was confirmed! Joe’s parents had emigrated from Yugoslavia to the States. One was from Serbia, the other one was Croatian. Another coincidence, as my good friend Milica Marinčić was from Serbia and her husband Vladimir Cvek was from Croatia. Born in the United States, Joe is a member of the Serb National Federation (SNF) and like his fellow Serb Novak Djoković, Joe also identifies himself with the Serbian Diaspora. He always carries with him a copy of the American Srbobran, the oldest and largest Serbian newspaper in America and Canada, and the official organ of the SNF.

Joe became a subscriber to my articles. He would send me his comments regularly and we exchanged letters regularly.

In his first letter, Joe had written: “… our stay was most enjoyable and plan on a return visit…”. This week Joe and his wife Marcia did return to Aruba and the two former contemporary Libya residents and phantom friends finally met each other personally in the Marriott’s Sports Bar. Marcia and Joe are again having a great time and have praised the restaurants that they have visited, but their highest praise was for the home cooked Aruban dinner that Mrs. Milagro Harms had prepared for them. Taking pictures of the spread on the table, Marcia commented, “My friends will be jealous when they see this”.

Welcome back to Aruba, Joe and Marcia. We look forward to your next visit to our Dushi Aruba.

‘Aruba DOET’ does it again!