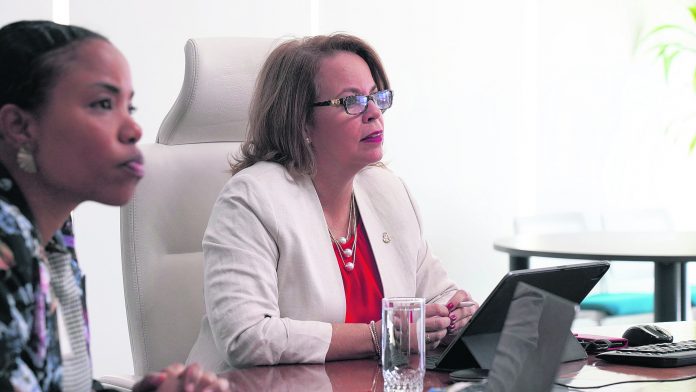 This week, a virtual meeting took place between the Dutch Secretary of State for Kingdom Affairs, Alexandra van Huffelen, together with the prime minister of Curaçao, Mr. Gilmar ‘Pik’ Pisas; prime minister of Sint Maarten, Mrs. Silveria Jacobs; and prime minister of Aruba, Evelyn Wever-Croes. During this meeting, various topics were discussed, however the most important was an update on the current state of the COHO laws.

According to a press release from the government of Aruba, these sorts of meetings take place regularly to discuss common topics.

Last June, during a visit of Secretary of State Van Huffelen to Aruba, where she met with the prime ministers of Curaçao and Sint Maarten, the countries indicated to the Secretary of State that they do not have enough support in Parliament for a kingdom law for COHO. COHO is the Caribbean Organ for Reform and Development, which was agreed by all three countries as a condition to receive financial support from the Netherlands during the Covid-19 pandemic.

At that time, it was agreed that Aruba would work on an alternative for COHO. During the virtual meeting that took place this week, deliberations were held on how far the preparations for this alternative law are, and how the progress is going.

It is a fact, according to the press release, that Aruba, Curaçao and Sint Maarten have indicated that they do not have enough support in Parliament for a consensus kingdom law for COHO, so they are working on an alternative, Wever-Croes indicated.

She added that these sorts of meetings are necessary in order to keep in contact with each other and to discuss common themes. Other themes that were discussed during the meeting included the decisions made in the Kingdom Council of Ministers and the landspakket – the package of conditions that each country needs to implement, which was also agreed as a condition in order to receive financial support from the Netherlands during the Covid-19 pandemic. For Aruba, the topic of an advice to receive a binding instruction from the Netherlands regarding the budget is a current theme, but this was not discussed in a group meeting like this one with the other prime ministers.

To conclude, Wever-Croes said that this week she will discuss the binding instruction with Secretary of State Van Huffelen, because it is a topic regarding Aruba.

She says that her cabinet is working with a lot of effort to avoid the binding instruction so that Aruba can continue on the path to recovery.

Steelband of the Dutch Marines are back for Carnaval