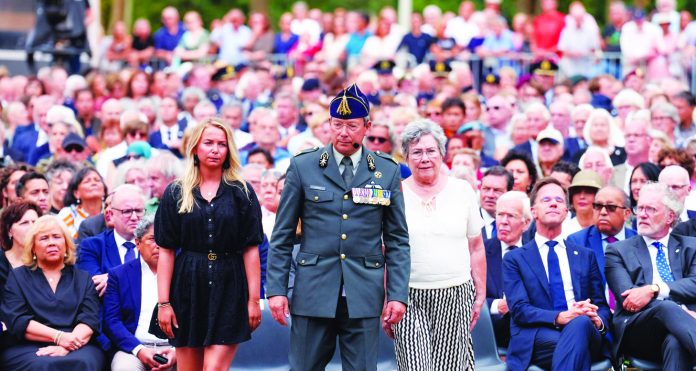 Minister Plenipotentiary of Aruba in the Netherlands, mr. Ady Thijsen attended the national commemoration of 15 August 1945. On this date, the Second World War officially ended for the kingdom of the Netherlands.

At the same time, on this date all victims of the war in Asia against Japan, and the occupation of Japan of the Dutch East Indies are remembered.

Prime minister of the Netherlands, Mark Rutte, together with State Secretary for Public Health, General Wellbeing and Sport, Maarten van Ooijen, laid a wreath in the name of the Kingdom Council of Ministers.

This year’s commemoration was held for the first time at 7pm, and after two years of coronavirus pandemic it could welcome a large public who were there to presence at the Indisch Monument at The Hague.

Age for booster shot is now 30+