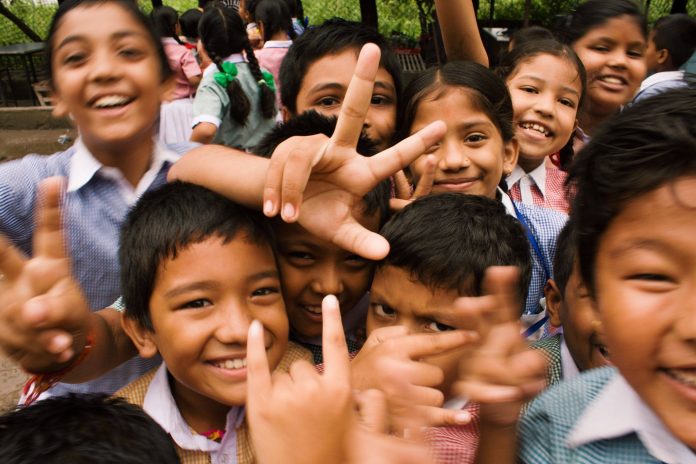 A new report published today by UNESCO shows the extent of exclusion in education now further exacerbated by Covid-19. In the region, only around a quarter of countries have inclusive education laws covering all learners. Chile and Paraguay are noted for being two of only five countries in the world to have inclusive education laws covering all learners. The 2020 Global Education Monitoring (GEM) Report shows that inequalities will have deepened during the pandemic: 40% of countries worldwide have not supported learners at risk during the crisis. It calls on the region to foster more resilient and equal societies by concentrating on those being left behind as schools re-group.

“To rise to the challenges of our time, a move towards more inclusive education is imperative”, said the Director-General of UNESCO, Audrey Azoulay. “Rethinking the future of education is all the more important following the Covid-19 pandemic, which further widened and put a spotlight on inequalities. Failure to act will hinder the progress of societies.”

Exclusion is persistent: This year’s Report, ‘All Means All’, is the fourth in the GEM Report annual series, which monitors progress across 209 countries towards the education targets in the Agenda 2030 for Sustainable Development. It will be followed by a regional report for Latin America and the Caribbean this October.

The education crisis during Covid-19 was fueled by deep pre-existing inequalities. Even before the pandemic, almost 12 million children and youth were excluded from education in Latin America and the Caribbean, with poverty the main constraint to access.

Education systems are not adapting to student’s needs, leaving one in four 15-year-old students globally reporting feeling like outsiders at school; rising to above 30% in the Dominican Republic. The region is one of the most linguistically diverse in the world, but education systems do not always reflect this: In grade 3, students who do not speak the language of the test are 3 times less likely to be able to read a story. Ιn Brazil, Mexico and Peru, there is persistent inequality by indigenous background, even after controlling for social class.

Exclusion can be very blatant. Alongside today’s new Report, the GEM Report has launched a new website, ‘PEER*’, with descriptions of laws and policies on inclusion in education for every country in the world. PEER shows that many countries still practice segregation in education, which can feed stereotyping, discrimination and alienation: 42% of countries in the region have laws calling for children with disabilities to be educated in separate settings. In practice, not many mainstream primary schools receive students with disabilities; at most 40%, according to the latest comparable data.

While laws on universal free and compulsory basic education have helped reduce child labor, in some countries, such as Paraguay and Peru, child labor is still permitted at age 14, before compulsory education finishes.

Diversity is not sufficiently reflected in education systems. Only seven countries in the region recognize sign language as an official language. Students with disabilities often need adapted infrastructure and materials, but only 29% of schools in the region have made necessary changes. In Costa Rica, about 55% of respondents to a national disability survey reported that education centers were not accessible and lacked ramps, visual and audio alerts, grab bars and other adaptations.

The region is noted for covering linguistic and ethnic minorities in teacher education programs. In 2016, Peru had 38,000 bilingual teachers, but at least 17,000 new trained teachers are required to meet demand; it now has a National Bilingual Intercultural Education Plan with teacher education at its core. Colombia helps professionalize bilingual teachers and their education. Costa Rica stipulates that indigenous educator training and participation in curricula formulation and implementation should be promoted and facilitated.

However, more attention needs to be given to determining effective ways to prepare teachers for work in inclusive settings. In São Paulo, Brazil, grade 8 mathematics teachers were more likely to give white students a passing grade than their equally proﬁcient and well-behaved black classmates. In Brazil, Colombia and Mexico over 50% of teachers reported a high need for professional development on teaching students with special needs.

“Covid-19 has given a real opportunity to think afresh about our education systems. Yet, moving to a world that not only values but welcomes diversity won’t happen overnight,” added Manos Antoninis, Director of the Global Education Monitoring Report. “There is an obvious tension between teaching all children under the same roof and creating an environment where students learn best. But, if Covid-19 taught us something, it is that failure to act is not an option; there is scope to do things differently if we put our minds to it.”

There is a chronic lack of quality data on those left behind. Nine countries in the region do not collect education data on children with disabilities in their Education Management Information Systems. Figures on learning are taken from school even if many are not participating. And learning assessments are often too difficult for some of the most marginalized students: three-quarters of students in the region who did no better on multiple choice questions than random guessing were considered proficient in reading.

There are some signs of improvement, however. The number of Latin American countries that incorporated at least one ethnicity question in their census increased from 6 in 1980 to 13 in 2000. Today, all countries in the region except the Dominican Republic have census questions about ethnicity. Improvements are also being made to collect better data on students with disabilities.

There are signs of moves towards inclusion. The Report and its PEER website note many countries using positive, innovative approaches to transition to inclusion. Guatemala applies multigrade teaching either by design or by necessity in rural contexts. Brazil’s ProUni University for All Program uses tax incentives to buy places in private universities for academically qualified poor students. In Cuba, children with disabilities are included in mainstream early childhood development programs, even in rural areas. Besides legislation, 14 countries have policies to promote racial equality or better targeting of policy to benefit Afro-descendants.

The region is also noted for its strong cross-sectoral social protection schemes addressing people’s intersecting needs, including education. Conditional cash transfer programs in Latin America since the 1990s have increased education attainment by 0.5 to 1.5 years. The Crece Contigo early childhood program in Chile coordinates services across education, health and social protection. Colombia ties its social programs to a poverty index score for each family, which they can consult to see the services they are eligible for.

The report includes a set of key recommendations for the next 10 years launched in a digital campaign, ‘All means All’, that will help countries achieve the 2030 inclusive education targets.

First buyers of new Commandeurs Ponton Apartments a fact: Intentional living that focuses on what you believe matters

California Lighthouse is back open for the public