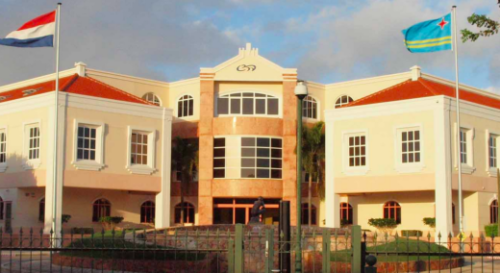 ORANJESTAD — During its meeting of February 8, 2019, the Monetary Policy Committee (MPC)[1] of the Centrale Bank van Aruba (CBA) decided to tighten monetary policy by increasing the reserve requirement rate from 11.0 percent to 12.0 percent and to uphold the advance rate at 1.0 percent, after reviewing the most recent economic and monetary data. This decision will take effect on May 1, 2019.

The decision followed after analyzing the most recent economic and monetary data, and considering the projected trends for the medium term. Whereas the level of international reserves currently remains above the CBA’s critical thresholds, it falls short of the Reserve Adequacy metric used by the IMF for small open economies. Moreover, in the medium term, the international reserves are projected to drop below the lower bound of the reserve adequacy bandwidth used by the IMF. The foreseen negative trend in Aruba’s reserve adequacy is caused by mutually reinforcing structural factors, including an increasing trade imbalance, arising largely from (a) rising outgoing payments for imported goods & services, (b) expanding interest and redemption payments on foreign government debt, (c) financing by the government of foreign debt repayments by the issuance of domestic loans, and (d) the absence of alternative and significant sources of foreign exchange inflows besides tourism. In view of the aforementioned, monetary prudency and thus tightening of the reserve requirement are warranted.

Total international reserves (including revaluation differences) expanded in December 2018 by Afl. 98.5 million, compared to the previous month. Compared to December 2017, the level of international reserved rose by Afl. 93.7 million (+5.1 percent) in December 2018, pushed by an Afl. 128.8 million expansion of the official reserves (+7.8 percent). This surge was primarily due to the issuance of US$ 60 million in government bonds on the international capital market. Consequently, the official reserves and the international reserves stood at Afl. 1,778.0 million and Afl. 1,917.9 million, respectively, at the end of December 2018. As the benchmark of 3 months of current account payments (including oil) grew between December 2017 and December 2018, the current account import coverage ratio decreased from 5.2 months to 5.1 months. Based on the current outlook, net foreign assets are projected to drop in 2019 and 2020, but remain above the traditional benchmark monitored by the CBA. However, according to the latest calculations, net foreign assets will stay below the minimum adequacy range as advised by the IMF.

Compared to December 2017, overall loans rose by 3.1 percent in December 2018, mainly driven by housing mortgages (+8.2 percent) and business loans (+2.9 percent). A drop of 11.6 percent was registered in personal loans, a component of consumer credit.

In December 2018, the CPI index rose by 4.6 percent, compared to the corresponding month a year earlier. On balance, this was mainly the result of the increase in the BBO-tariff, as well as higher prices in the transport and food components of the CPI. The twelve-month average inflation rate amounted to 3.6 percent in December 2018 whereas the twelve-month average core inflation rate (excluding energy and food) stood at 1.8 percent.

Available data on tourism for December 2018 indicates that tourism receipts recorded at the commercial banks increased by 9.4 percent. Furthermore, stay-over tourism development indicators noted upturns in the first ten months of 2018, as growth was registered in tourist arrivals (+1.3 percent) and visitor nights (+1.4 percent). The number of cruise visitors coming to Aruba for the first ten months of 2018 expanded by 5.8 percent.

Wiki Loves Monuments Aruba 2020: And the winner is …