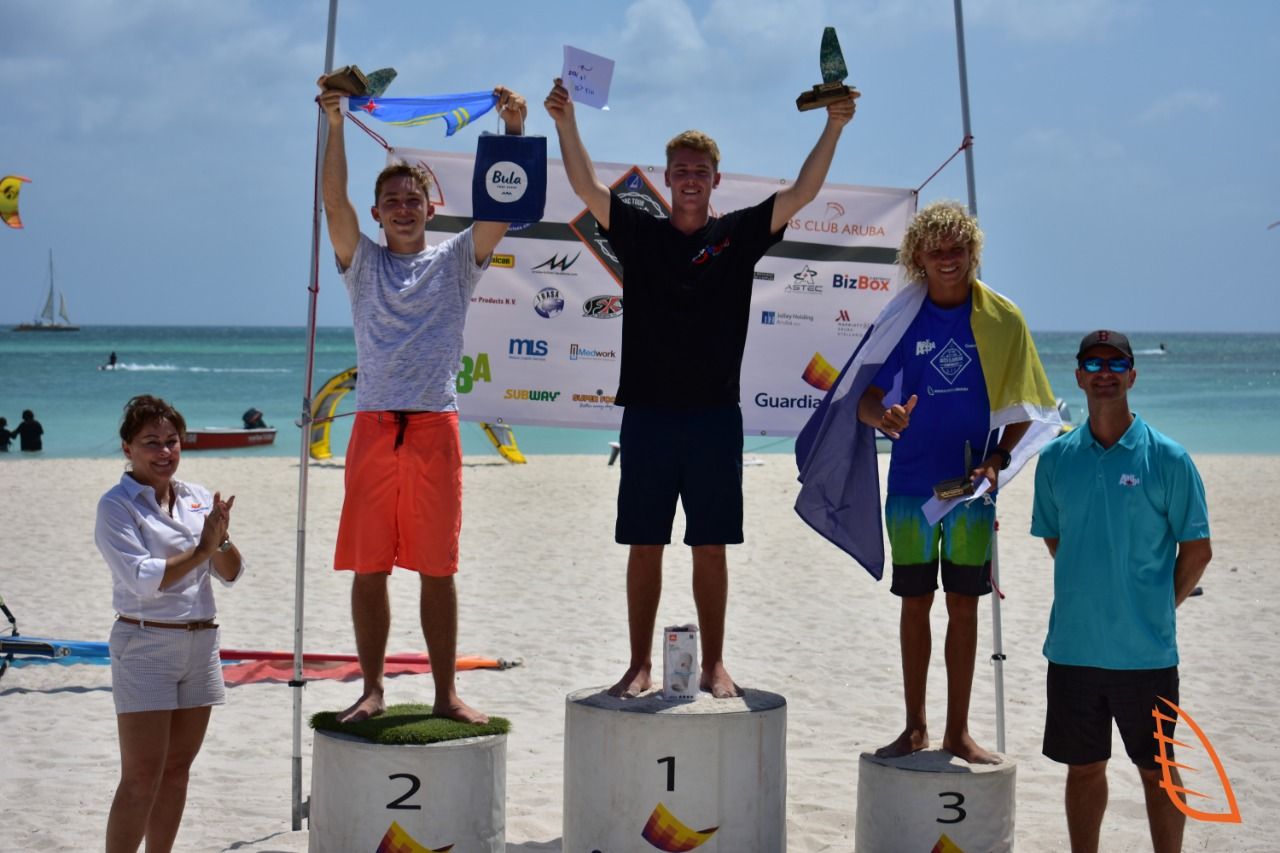 The International Funboard Class Association (IFCA) organised the ABC Tour Dutch Caribbean Windsurf Championship from May 17-19. Past This past weekend the second stop of this championship took place in Aruba. With strong and challenging wind conditions the 32 athletes showed their best and battled for the win. Aruba saw two action packed days of high winds slalom racing with a total of 14 rounds of racing for each age division. There were a few disappointments for some of the Youth and Juniors competitors which made it thrilling till the last race of the event

With 25 knots in the morning and four eliminations the tone was set for a harsh competition. In the afternoon the wind even picked up to 30 knots making it even more challenging for the sailors to finish the last six eliminations of the day. Some athletes that were leading with podium position like Nigel Hart from Bonaire (sail NB) had the misfortune to break the end of his boom making it difficult for him to recover his position. A young upcoming talented athlete from Curacao, Kaj Rozeboom with the age of 12 years, competed in the category Under 15 demonstrating his skills and achieving results with the big boys.

Sunday the morning started again with strong winds between 20 to 25 knots with a total of four eliminations and a final fun race where all athletes and categories from the ABC sailed together in a very friendly and positive atmosphere. The IFCA ABC Dutch Caribbean Tour event gives the opportunity to the island athletes to experience up front the real competitive atmosphere and preparation for international championships. Next weekend the final stop of the IFCA ABC Dutch Caribbean tour will be held in Bonaire from May 24-26. In Bonaire IFCA will officially Award the overall winners from the DUTCH Caribbean Championship. Windracers Club Aruba likes to thank all the sponsors and volunteers for making this event possible.