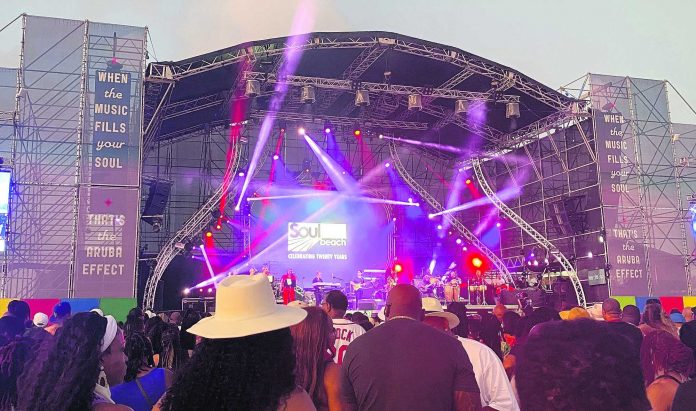 The Soul Beach Music Festival Comedy Jam Concert took place this weekend and they were packed with high energy crowds and even higher energy guests making the best combination for a great show.

The Comedy Jam Concert took place on Friday the 27th of May. The show started with a performance from Dj Outkast who was present throughout the night, providing with great music that helped kick off the show with high power and energy, pushing it to the end. The host, Chris Spencer, kept the crowd on their toes with an endless flow of jokes, commentary and funny anecdotes that set the tone for the rest of the show. His skills were evident as he was able to keep the crowd not only entertained but also engaged.

The Stand-Up comedy section of the night started off with Chase Anthony who’s an amazing actor and comedian who can be seen in the current series on BET Bigger, as well as other shows like Lethal Weapon and Grey’s anatomy among others. His comedy was refreshing and unique to whom he is as a person, with relatable stories that a wide variety of age groups could relate to, and gave insight into his personal life growing up, making it evident that Chase Anthony is a comedic powerhouse who lights up the stage as soon as he walks up. Some of the people in the audience were newcomers and first timers to his content and were very impressed with his performance commenting “it was my first time watching one of his performances and it was a great time. He’s definitely gained a fan and I can’t wait to check him out in other specials and series.”

Following Chase Anthony was Mike Epps, the stand-up comedian and multi faceted celebrity who’s abilities and talents cover a wide range of categories. Some may know him for his role as Day-Day Jones in Next Friday and its sequel, Friday after Next. He also made appearances in The Hangover and The Hangover part III as “Black Doug.” Epps was clearly a seasoned professional, who proved once again that legends never die. His charisma was evident and felt throughout the whole show. He was received with loud cheers and welcomes from the crowd, who were extremely excited for his show. It was packed with funny anecdotes, witty comments and audience interactions that put the cherry on top of a wonderful night.