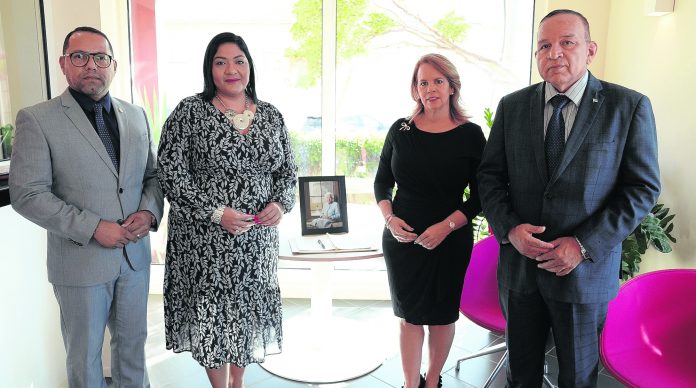 Plenipotentiary minister of Aruba in the Netherlands, Mr. Ady Thijsen signed the condolence register at the British Embassy in The Hague on the occassion of the passing of Her Majesty Queen Elizabeth II of the United Kingdom.

In this way, the minister – in the name of the government of Aruba – expressed condolences to the British Royal Family and the people of the United Kingdom.

Earlier this week, prime minister Evelyn Wever-Croes together with ministers Xiomara Maduro and Endy Croes, and member of Parliament, Ricky Hoek signed the condolence register that the English consul made available at the VNO, and this way, in the name of the government of Aruba, showed respect and expressed condolences.

During a press conference at the beginning of the week, the prime minister expressed her condolences for the death of Her Majesty Queen Elizabeth II, expressing that the United Kingdom and many countries around the world felt sorrow for this loss. Many citizens of our country also grew up knowing Elizabeth II as queen. She was a source of inspiration for people all around the world as well as here in Aruba, mainly for her sense of commitment, her resilience, and her great love for her country.

“Queen Elizabeth II was a symbol of continuity and tranquility in a world that was constantly changing. In the name of the government and the people of Aruba, we express our words of deep condolence to His Majesty King Charles III, the rest of the Royal Family, and the entire community of the United Kingdom. May Queen Elizabeth II rest in peace.”

Opening of workshop for creators and cultural organizations; Presented by Creative...