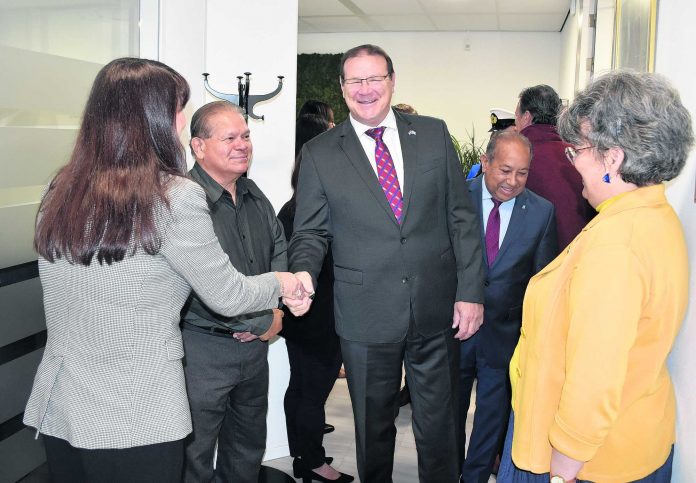 The Governor of Aruba, His Excellency Alfonso Boekhoudt paid an official visit on Thursday, 15th of Septmber to the house of Aruba in the Netherlands, Arubahuis.

Governor Boekhoudt was received by Plenipotentiary Minister Ady Thijsen, and interim director Glenda Hernandez, as well as the staff of Arubahuis.

The Governor was accompanied by interim director of the Governor’s Cabinet, Reinoud Pronl, and Adjutant to the Governor, Frank Plomp.

The Governor of Aruba is in the Netherlands for a working visit. Governor Boekhoudt, among other things, will be present on Tuesday, 20th of September for the inauguration of the Parliamentary Year in the Netherlands, better known as Prinsjesdag.

The images are courtesy of Arubahuis.

8 Tips how to thrive and feel good