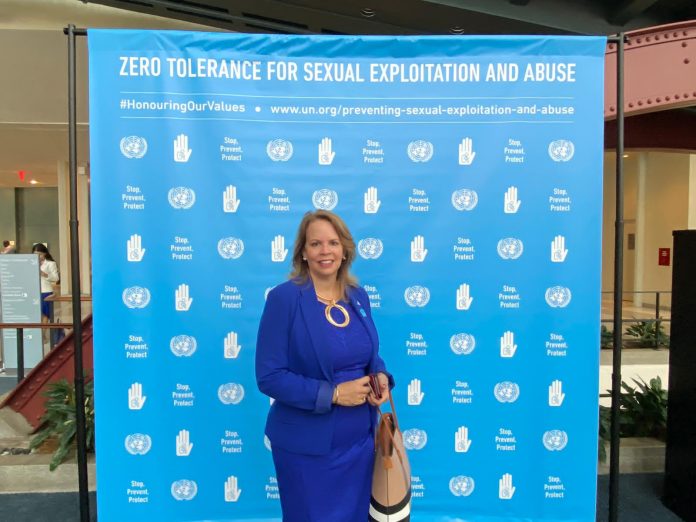 This week, prime minister of Aruba, Evelyn Wever-Croes together with other ministers of the Kingdom of the Netherlands have travelled to New York for the opening of the General Assembly of the United Nations. During the week there will be various meetings programmed, particularly with General Secretary Mr. Antonio Guterres where there will be opportunities for each island to bring forward their concerns.

For Aruba, these meetings are extremely important because our island is in the recovery phase after Covid. The United Nations is in favor of giving a remission or subsidy to countries who had to take on huge loans during the pandemic, and this point will also be brought forward during the meeting.

The prime minister was also invited to attend, in the name of the Kingdom of the Netherlands, the summit on education. This is a United Nations meeting with various countries in order to analyze the new challenges on the field of education in general in the development of countries after Covid. The Prime minister will speak during this summit and tell how Aruba is dealing with these challenges.

Gender equality
The prime minister will also meet with UN Women, an agency of the United Nations that is helping Aruba with gender policy, which is the policy of women’s rights in Aruba.
For this topic, there will be some conferences organized in which the prime minister will speak and will try to find funds to help Aruba approach this subject more efficiently.

Everyone was affected during the Covid pandemic, but children, the elder and women are those who were affected the most. For this reason it is important to reflect on the role of women in society in order to avoid the risk that they are going to be left even further behind in development, losing the battle and sacrifice of women of past generations.

International Relations
Another meeting that the prime minister will attend is with the State Department, which deals with international relations. During this meeting the subject of Venezuela will be discussed, together with the refinery of Aruba and other important topics.

Finally, the prime minister was also invited by the Clinton Foundation, which is the foundation of ex-president of the United States, Bill Clinton with Hillary and Chelsea Clinton, who spoke about resilience.

These are some of the meetings and gatherings that are taking place this week in New York. During the week, the prime minister will continue extensively informing on each meeting and the achievements for Aruba during these meetings.

Save 20% on Jolly Pirates Sail and Snorkel Cruises: The Jolly...