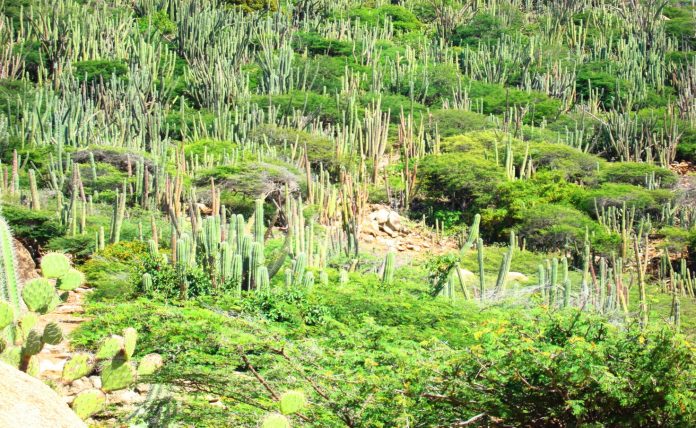 The Aruban nature has been devastated of its lush vegetation since the arrival of the colonial era. However its arid landscape is home to an extraordinarily diverse range of native vegetation or flora. Native vegetation refers to any naturally occurring local plant species which are indigenous to the island. Our today’s episode will be all about suculents since our native suculents belongs to a very important segment of or ecological, social and cultural system. 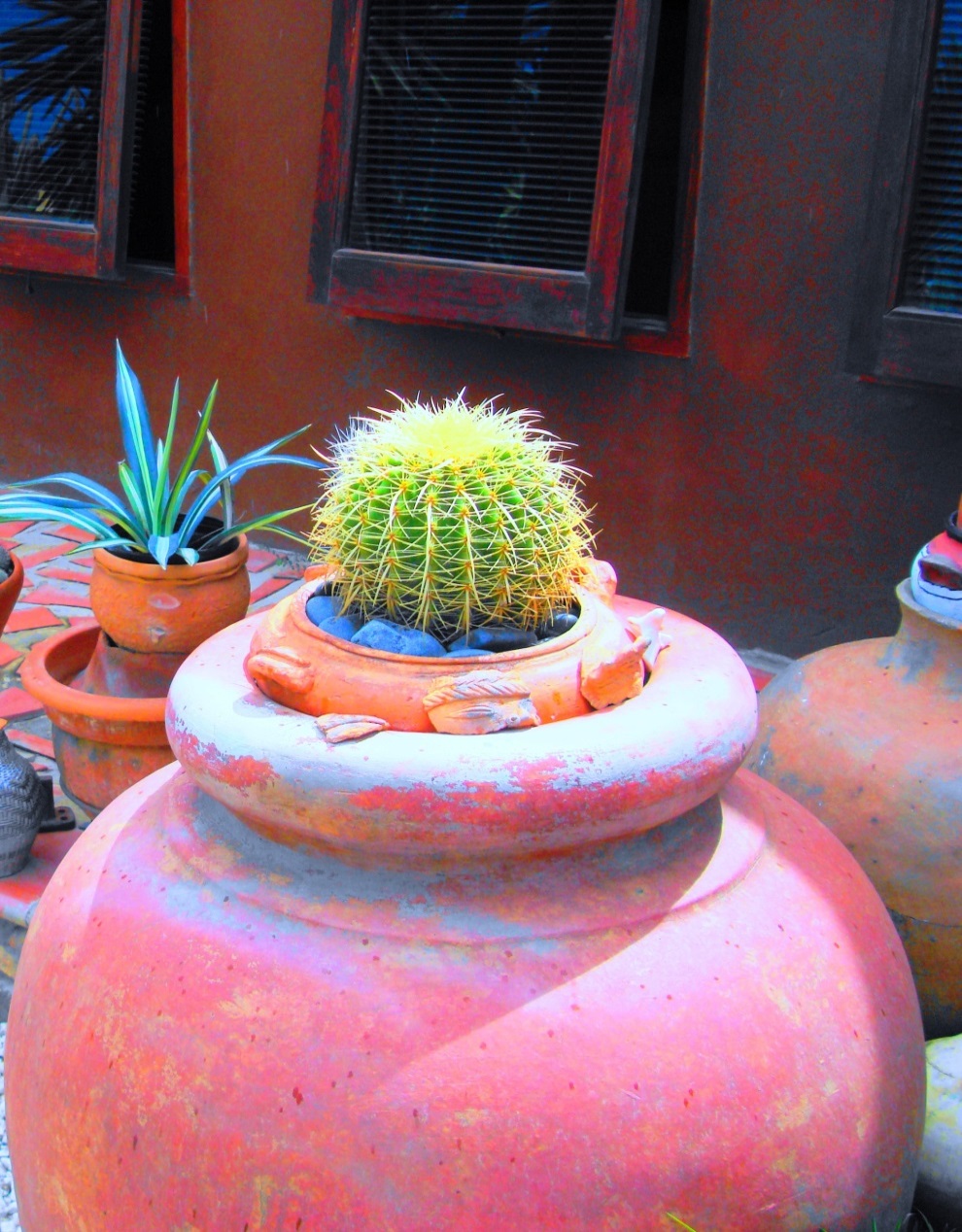 Aruba’s flora provides the unique landscapes of the region, providing habitat for an arange of native animals, create wildlife corridors, provide protection from wind and water erosion by holding the soil together after a rain shower and reduces the greenhouse effect. 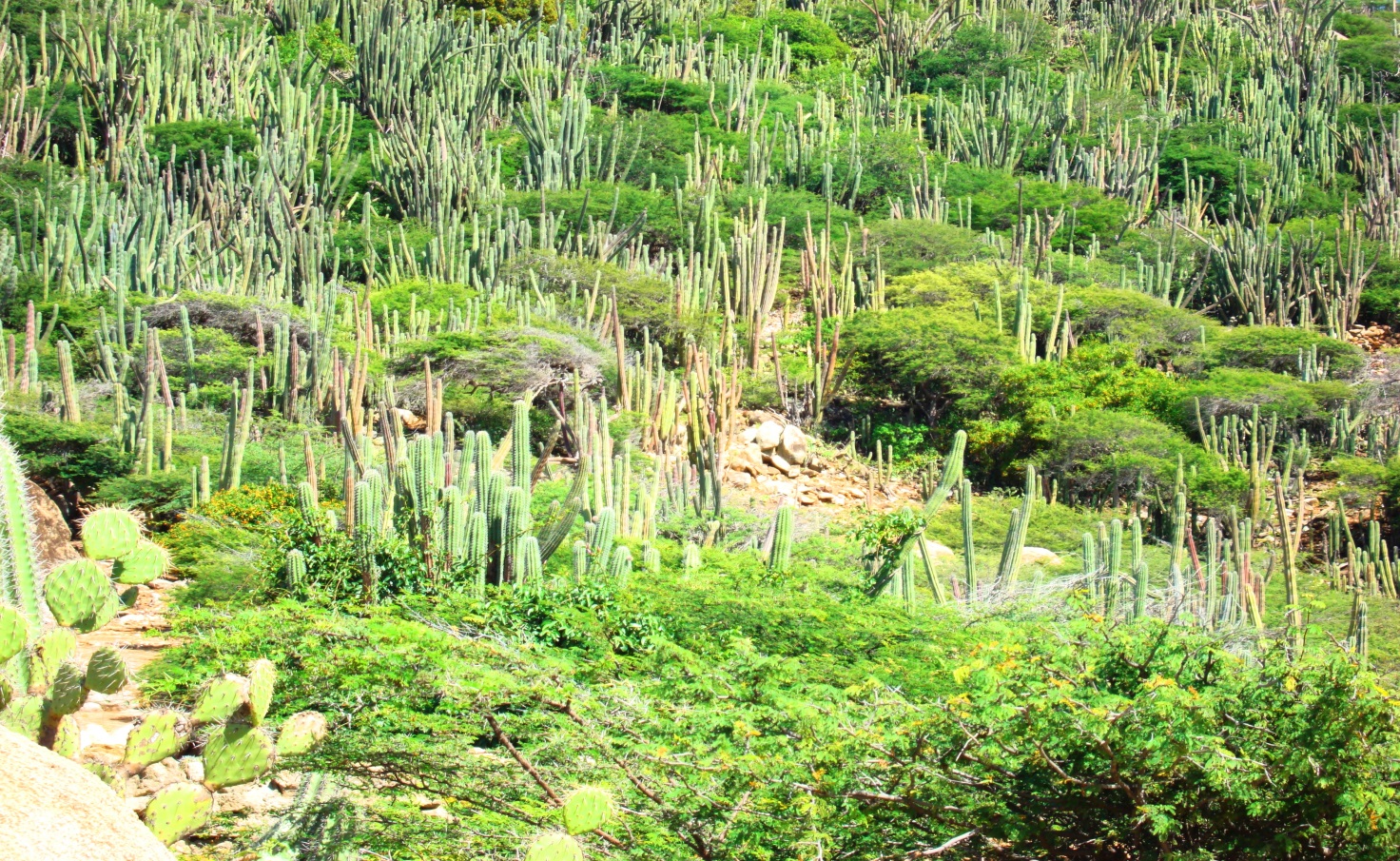 2-A cactus covered hill side close to Ayo rock formation.

Our island vegetation shapes local culture and national identity, and so in order to protect it we want and hope to allow future generations to enjoy their unique environment. The thorny brushes, trees and cacti are abundant, though not in large numbers of species. The cacti grows in the wild. Their seeds are dispersed by the wind and fauna, specially birds and bats that feast on their delicious fruits.

There are three types of candelabra or organ pipe cacti species that dominate the landscape of the island. Stenocereus griseus, Cereus repandus and Pilosocereus lanuginosus.

Stenocereus griseus grows straight up and branches out close to the ground; its thorns make up neat rows of rosettes.

Cereus repandus, known locally as Breba, is the largest of the three cacti species and looks more like a tree as it branches out further from the ground; its thorns form dense rows that stick out in all directions. 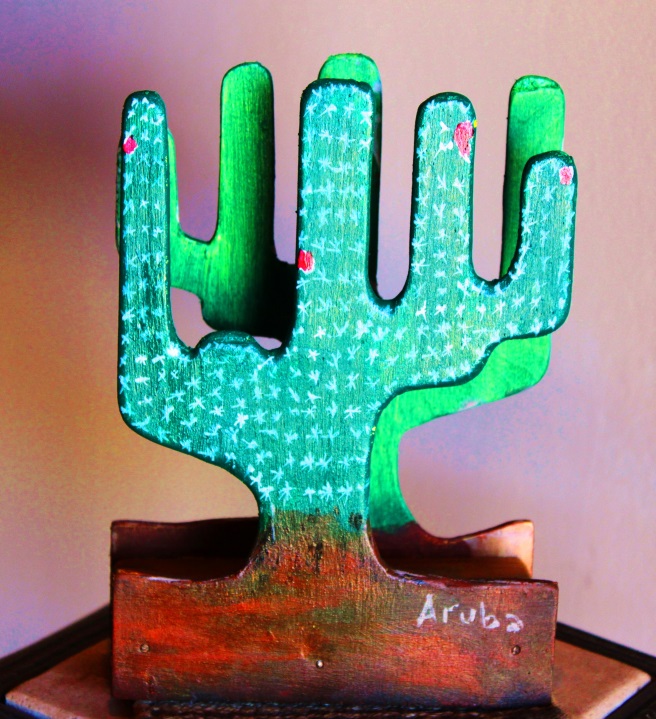 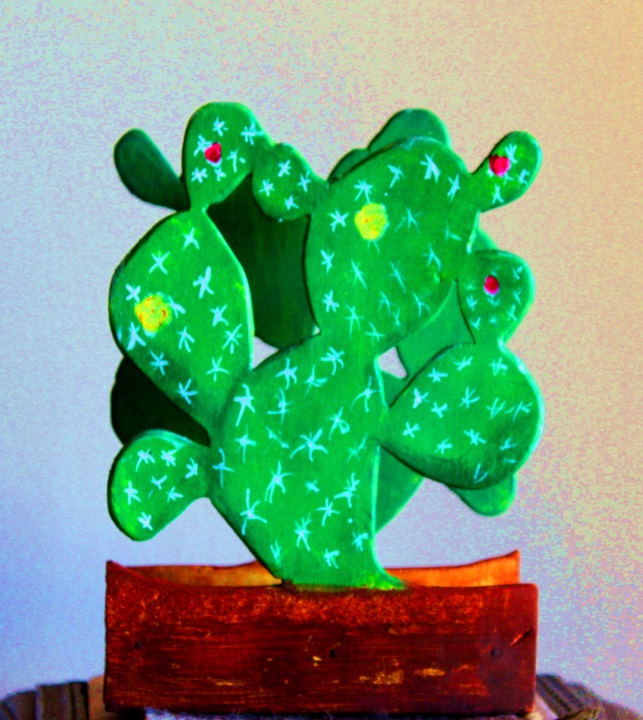 Pilosocereus lanuginosus, known locally as Cadushi di Plushi, has long white hairy spines and yellow prickles on the top of its branches.

The cacti have a very important ecological role: their fruits and flowers, which bloom only at night, provide critical food resources for a variety of the islands’ bats, birds and reptiles.

There are also two varieties of melon cactus four Opuntia`s or tuna and one Acanthocereus what Arubans calls Cushicuri or Cadushi di Colebra. Cadushi di Colebra means Snake Cactus. There is also a cactus type that has leaves known as Pereskia guamacho which locals call Asufro phosphorus.

Furthermore there are about eight types of Agave also a few Bromeliads and a great variety of xenophiles. 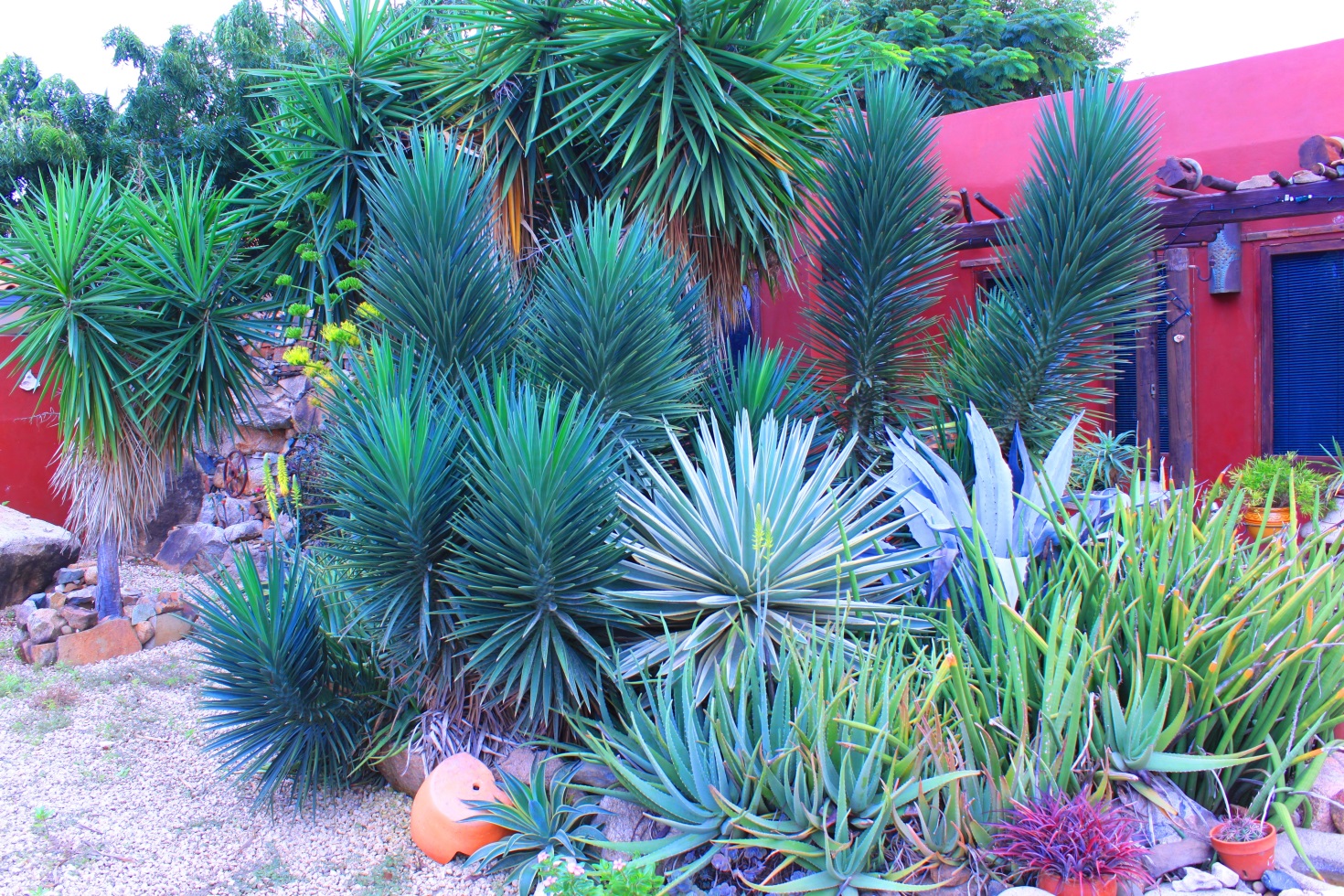 The cactus tree has been used to make fences in order to separate land plots. They are also eaten as a vegetable in soups or stew. Their delicious fruit are enjoyed by man and animals. Its dead wood was recycled into essentials such as kitchen utensils, building materials, for the making of furniture, mostly in the assemblies of chairs. 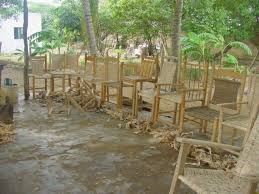 6- Furniture made with cactus wood

Aruba is scarce in resources, but locals always knew how to use everything in its typical survival mode.

The best known or most famous succulent of the island is not really a local plant. This plant was introduced to the island in order to foment cultivation and create new sources of income for the islanders, and yes you guessed it, it is the Aloe. This super plant has been actually imported from Barbados where it was doing good and started to bring in some extra income. This plant was also imported from another island called Socotra, which is located between the Guardafui Channel and the Arabian Sea in the Indian Ocean. Well, the Aloe did really bring wealth for those who had invested in this wonder plant. The Aruba Aloe did become an important ingredient of many pharmaceutical skin products used as protection against the sun and chemotherapeutic burns. It can also be found in Laxatives, consumed to treat constipation and detoxification.

To immerse in what Aruba is all about. Its people, its origins, its animals and culture, we highly recommend you to book your visit for our renowned cultural encounter session which has been entertaining curious, scientist and bohemians for decades. Mail us at etnianativa03@gmail.com to confirm your participation. Our facilities and activities take place close to high rise hotels.