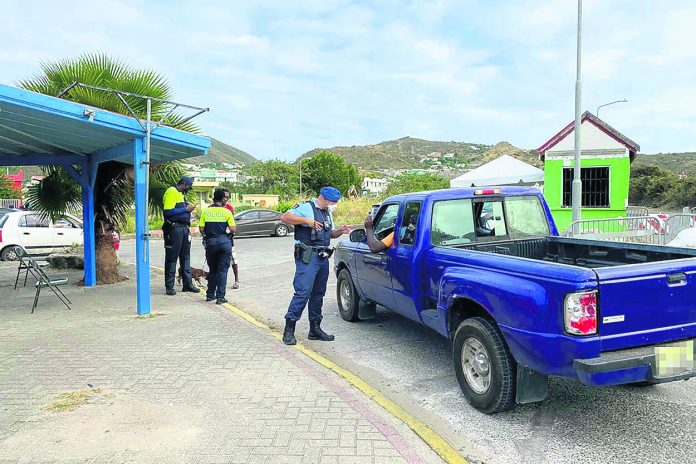 The Caribbean brigade of the Royal Netherlands Marechaussee will have many new colleagues with about 71 joining.

They will be deployed for the so-called Strengthening Border control Protocol in Aruba, as well as Curaçao and Sint Maarten. A first group of more than 30 colleagues have already started this month, creating anticipation for the official reorganization that will lead to the permanent placements starting on july 2023.

As project leader, Major Jan Ploegstra is in charge with ensuring that everything runs smoothly. When talking about the how and why of this extensive plan, he said that it’s a “project of great impact.”

“The protocol on strengthening the border control in the Caribbean countries of the Kingdom was signed last year by the responsible ministers from the Netherlands and the countries of Aruba, Curaçao and Sint Maarten. The 3 countries have expressed the wish to cooperate in a more intensive manner, including the KMar, Custom Netherlands and the Caribbean Coast Guard in the fight against cross-border crime in order to be better protected. Think for example the tackling of human smuggling, human trafficking, drug smuggling and illegal migration.”

Each country has drawn up a plan to jointly invest in border control and police service at the airports and surveillance at the maritime border. There is armstrong focus on strengthening the information position, so that you can make the right choice of deployment of people and material.”

The protocol will run for 7 years with the possibility of an extension. The plans of action of the mentioned countries focus on the first 3 years. Therefore, in the coming years a follow up plan will be made for the years after. The countries will no longer need the help of KMar after those 7 years.