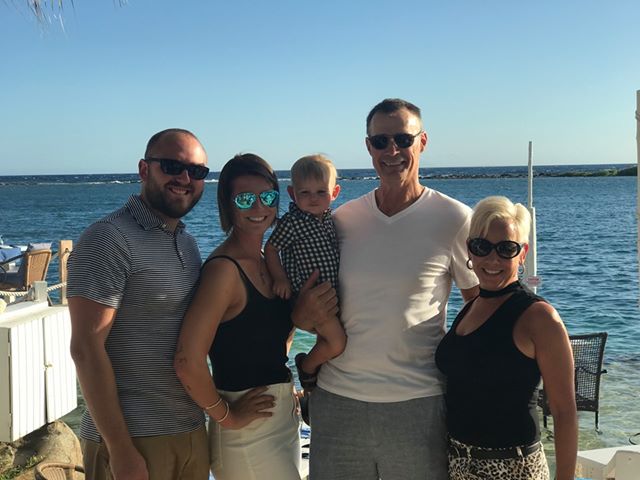 Aruba Today was contacted this week by Hayley Brown with a heart touching story. She wrote to us: “This is the story of my dad who tragically passed away a few days ago. I have been visiting Aruba with my parents for over 20 years and it was always my job to get the Aruba Today from the hotel lobby for him to read on the beach.” Captain Arnold ‘Joe’ Nickerson IV died after Nickerson’s boat the ‘Hayley Ann’ sank.

The News Center Maine ran the story on January 25:

“Our minds are racing about what could have happened. He knew what he was doing,” said Hayley Brown. Hayley Brown said she is in shock, after her dad Captain Joe Nickerson died at sea. “It has to have been something that was just quick and completely out of our hands and something he couldn’t control,” said Brown. The Coast Guard said Nickerson’s boat, the ‘Hayley Ann’ which is named after Hayley and her mom, capsized off the coast of Portland Thursday. Another crewman, Chris Pinkham, also died. “We’ve been in touch with his wife,” said Brown. Nickerson was a 4th generation lobsterman. He grew up fishing at Cape Porpoise in Kennebunkport. “It was the only thing he knew. He could have never done any other job,” said Brown. Hayley is an only child and said when she was younger, she would help her dad get ready for fishing trips. “He used to let me paint the buoys, but I would take too long. I was trying to be too precise,” said Brown. While she said he couldn’t recruit her, he was hoping to share his passion one day with her one-year-old son. She said knowing that can’t happen now, is the hardest part. “My son won’t get to grow up and know my dad the way I did. He was so excited to one day share his love of fishing with him,” said Brown.

Her dad has been a member at Costa Linda Beach Resort since 1995. In the picture you can see him and his wife at the Natural Bridge during their first trip to Aruba for their 10th anniversary.

Aruba to me is …. Happy birthday Nicholas