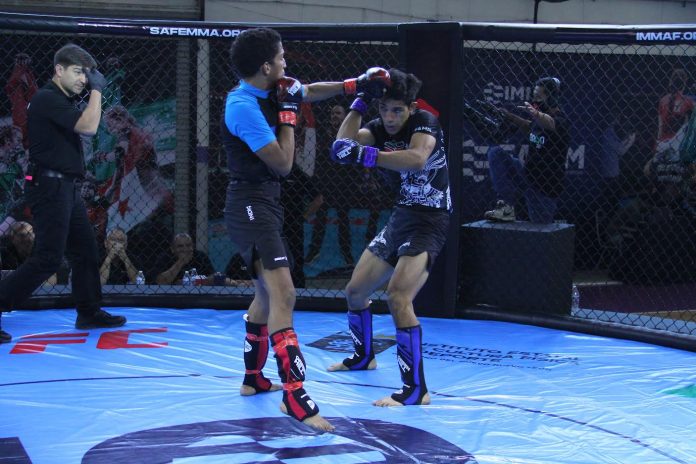 Aruban athlete Joshua Paredes is more than prepared heading into the 2022 IMMAF Pan American Championships, admitting the biggest fight is the road to the competition.

Entering the tournament, Parades finds himself in the intriguing position of being the only Aruban athlete to be competing at the Pan Am Championships. For many, the thought of this could well be intimidating but the 19-year-old is feeling very level headed as the tournament approaches. He said:

Further expanding on the internal battle, Paredes opened up on exactly what it has taken for him to represent his nation at the championships. He said:

“The real fight is against myself because the real fight is getting up every day, six in the morning to go training five times a day and dropping your weight to the fight weight. Once you get to that point where you are mentally strong in the fight, you don’t show any emotion or fear in a fight, you become just a brick wall and you do what you have got to do. To get to that point the fight is against yourself, the routine, the camp ,the weight, the food, the training, the pains, you just have to stay focussed. Once you’re in the cage I am just a brick wall, ice cold, you can’t hurt me.

The bantamweight will make his IMMAF debut at the championships, a feat which he is very proud to achieve.

“There are several reasons I decided to enter the Pan Ams. I wanted to represent my country, Aruba, at a bigger level internationally. I want to prove myself against high level fighters, the best in the world and I know I will get that at the Pan Ams and prove to myself what I am capable of.

“This will be a great honour for me to represent Aruba at the Pan American Championships and to be the first one to do it!”

Paredes oozes confidence & believes all of his hard work up until this point will lead to success at the championships.

“I am very excited and very happy to have the opportunity to compete in the IMMAF tournament, training all day, all night, hard work preparing for this. I am ready.”

All the preparation paid off, giving amazing results that show his great capabilities as an athlete and brings light to all the talent Aruba has to offer.

Congratulations to Joshua Paredes and his team for the amazing accomplishment.