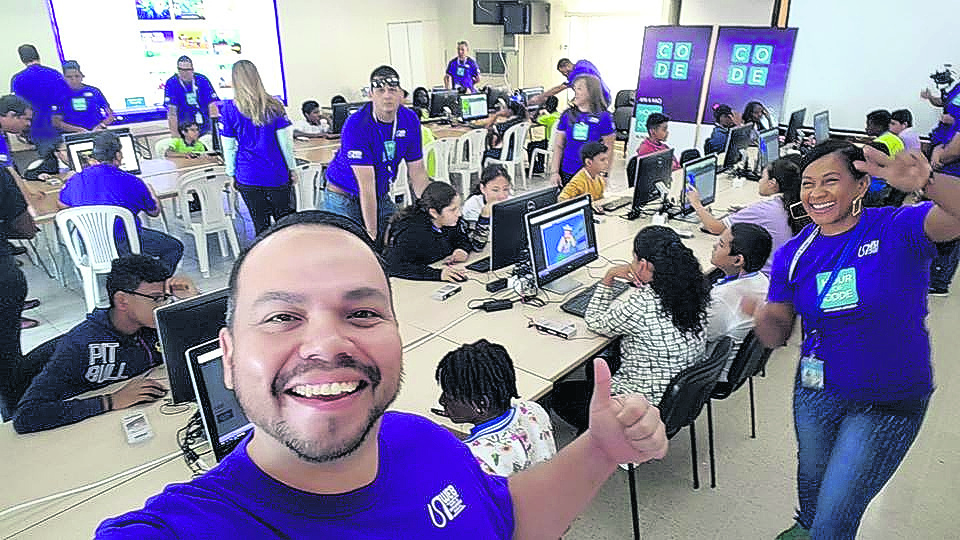 ORANJESTAD — The Hour of Code started as a one-hour introduction to computer science, designed to demystify “code”, to show that anybody can learn the basics, and to broaden participation in the field of computer science. It has since become a worldwide effort to celebrate computer science, starting with 1-hour coding activities but expanding to all sorts of community efforts! Over the past years since its inception in 2014, the Hour of Code has reached tens of millions of students in 180+ countries. The event takes place around the world from December rd till December 7th, 2018.

The Hour of Code is an attempt to teach people the basics of computer programming in 60 minutes in a fun, simple way. It is part of a campaign that Code.org, a non-profit organization, launched in the US with the goal of introducing coding into the US curriculum and raising awareness around what coding is. The idea was to show that it’s not just about the geek in the basement or the super-tech-savvy person but that it actually plays a role in everything we do and everybody should have access to it. And 20 million kids signed up to it.

Since 2015 Aruba has been taking part in this “hour of code”. It was introduced by Mr. Peter Scholing of the national library of Aruba. It started out with 150 participants and today they have reached almost 1.930 participants under the guidance of 80 volunteers. With the cooperation of the Government of Aruba and several other companies they made it possible for different schools of Aruba to be able to be part of this. Schools that will take part in this year’s hour of code are College San Antonio, Abraham de veer, Reina Beatrix, and SPO scol ofishi y algun otro mas. The national Libraty will also have a school invited for this. The company Gamma will be helping Mon Plaisir School , Prinses Amalia and our national water plant will be hosting Santa Famia School. Not only will kids be taught how to do coding but also how to solve problems, how to be flexible and how to deal with change in speed. This will also enhance their creativity. This event is for suitable for everyone. Young and old. Anyone can learn from it and experience the fun of it.