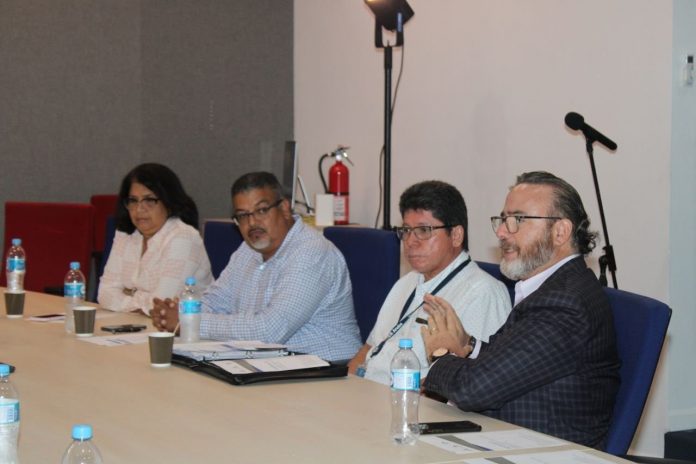 Recently, Aruba’s minister of Energy, Integration and Labor, Glenbert Croes held a meeting with commercial guilds. During declarations after the meeting, shared on his Facebook page, the minister commented about developments in the cost of water and electricity on the island.

Minister Croes began by thanking the Chamber of Commerce, ATIA, AHATA and the United Merchands Aruba (CUA) for their initiative to dialogue. He also thanked (water company) WEB, (electricity company) Elmar, and Utilities, ‘for being, businesses of the government, the people and the state, open to provide all information’.

Croes indicated that the fact that the price for water and electricity had to be increased is ‘difficult’; however, he indicated that seeing developments in this market, the increase is temporary. “We predict that the price for water and electricity will go back down, obviously giving space to WEB and Elmar to recover a bit from the hit that they took by absorbing the increase [in oil prices] during seven months.” Croes said he understands that these states companies have reached the limit of what they can absorb, that a balance needs to be reached, because the people and economy of Aruba are the ones paying.

“During the six months of evaluation on the future structure of payments, together with a better price for oil, we could reduce the price for our community”, Croes said.

Minister Croes also announced that he will be in touch with the United States regarding the possibility to purchase Heavy Fuel Oil from Venezuela. “I also gave them the news that soon I will be approaching the U.S. government, to ask them, OFAC, the US Department of Energy, for approval to purchase HFO for WEB from our neighbors, specifically, Venezuela. Because at this moment we are paying for more expensive HFO, while other islands in the Caribbean are purchasing HFO for example from Venezuela, a lot cheaper.”

He said that the discount will be translated to the people, to the community, and this is an effort that the government is doing. “It is in the general interest”, Croes explained.

Aruba to me: Michelle Fay