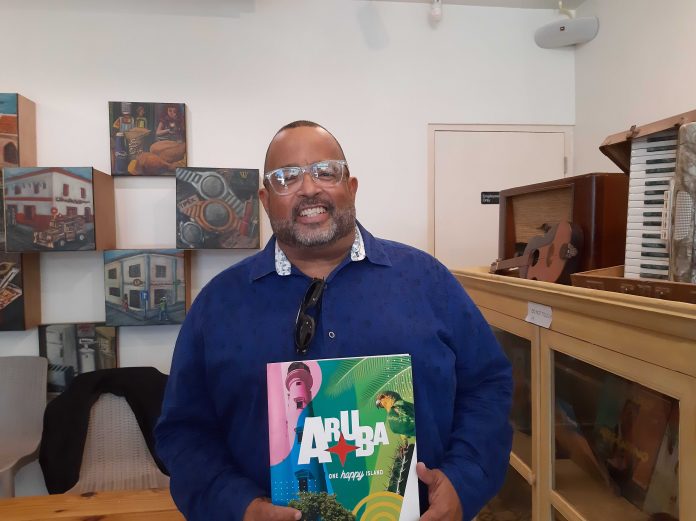 San Nicolas Business Association for a few years has been engaged in efforts for the development of the district of San Nicolas, and recently a change in directive were announced. The new board consists of 9 members for the period of 2022-204, with Errol de Freitas elected as new president.

In an interview with our reporter, De Freitas expressed that the vision that he now has as president is a living document, with an organization that has been around for over 50 years. He said that the circumstances around the district change, but the vision for progress and commerce remains intact, not only for San Nicolas but for the entire area denominated ‘pariba di brug’ (over the bridge).

During the pandemic they assumed the challenge to also be involved with the community. Currently, because San Nicolas is in everyone’s view recently because it is the last frontier for development, the association needs to be aware of how it will be developed to insure that the community is involved, as they are the ones who need to develop and enjoy. This is the short-term vision, he explained.

Currently they are busy with the formation of the new directive which will take place in the next few days, after which they will call on the press to inform the community of the cardinal points that they will be standing for during the next two years.

The National Transformation Map that was presented during a political forum in EPB San Nicolas, according to De Freitas was to involve the voters of the ‘pariba di brug’ area to become aware and hear from the politicians what their plans are for development.

When the government is in the process of governing, De Freitas said that SNBA was the only organization that brought a manifesto to the government, with 20 points. Some of these have already been achieved, namely Medial Institute San Nicolas (IMSan), which became an independent institute. Around 42 percent of the population lives ‘pariba di brug’.

De Freitas said that they have been holding various meetings with the government, pending with projects in Sero Colorado, the completion of the Main Street, among others. They also are giving support regarding the ‘red zone’ and gave support to the Aruba Art Fair. “This means that there are more ways for us to help. Currently we are in conversation with the Chamber of Commerce, because the idea is that we need to start preparing our people for what’s coming”, he said.

With the construction of three hotels in this area, De Freitas says that they need to make sure that the beaches are ample, clean and organized in a nice way. “All that we are doing are the things that we cannot do if the community is not involved. It is a relationship between us and the community. We cannot do it on our own, and we don’t want to do it like that either.”

On the 6th of December there will be a Council of Ministers in this area, together with seven companies that are ready to launch. He said they are interested in developing the Main Street, searching for buildings and opportunities in San Nicolas.

“Tourists don’t come to San Nicolas for our perfection, they come for our imperfection, and if you realize it you will see everything that is music, art, culture and food, and authentic part of the island”, he said. In his opinion, the district of San Nicolas still lacks, for example, an area like Linear Park or where people can exercise, walk or ride their bicycles. A lot of places in Colony don’t have lights, and he said that a few months ago an accident took place where sadly three people passed away. “This is the moment that they need to allow development to take place”, he said.

Regarding the government, De Freitas pointed out that they are receiving attention, but the realization is still missing. However, there is a will. “There is not a single instance when we knock on the government’s door and they are not ready to receive us, that is something that is very positive.”

He also touched on the situation of the Secrets Baby Beach hotel. De Freitas said that this needs to be clarified at this moment one way or another. SNBA is not directly involved, but the construction is continuing, he said.
“And they need to continue because they need to open their doors, otherwise it’s not convenient either. I think general willingness is a necessity and we need development, but the difference is that we want a calculated and structured development where the tourist can enjoy, but the people of San Nicolas and the Aruban community also, and that is important.”

Finalizing, he said that this coming December, Christmas will be inaugurated in San Nicolas with a fair with everything that is from pariba. He called on interested parties to participate in this, like vendors, to contact the association through their Facebook page.