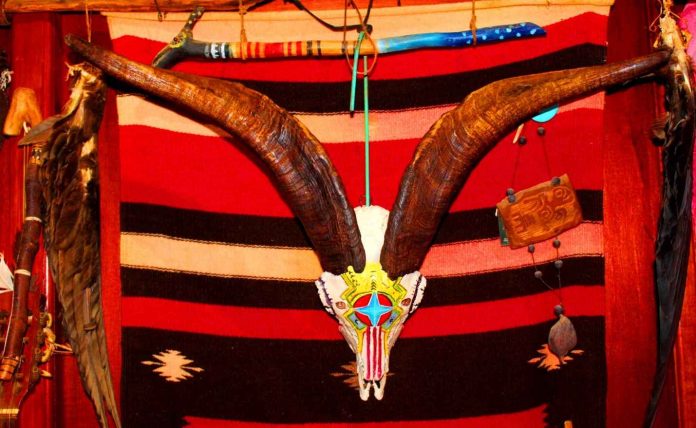 Authentic Shamans are given the blessing and ability to modify the real world or the collective perception of it according to their own believes and responds to a kind of causal logic. This can finally be expressed, for example, in the ability to heal, to communicate with ancestral spirits and to interpret visionary divinations through some catalyst. The term comes from the noun in the Tungu language (from Siberia) shaman (‘he who knows’), and this from the verb shahia (‘to know’).

Due to the heterogeneity of language and culture, it becomes a challenge when one has to characterize a single indigenous “shamanism” or “shaman” for the Amerindian groups of the South America lowlands and the Caribbean islands. A wide variety of shamanic specialists have been observed performing rituals and administering substances for beneficial purposes; while an equal number of people are recognized for their potential to cause harm to others.

For some, shamanic knowledge is acquired through dreams, without formal learning, and all people share a bit of shamanic power. Others have formal apprenticeships with teachers. Aboriginal tribes of the Caribbean, Central and South America, including the Caquetio groups of our islands, used to ground the seeds of a plant called Anadenanthera peregrina for its’ essential hallucinogenic properties. These seeds together with other herbs and snails shells as bonding agent where grinded together and the mixture was added into a container for its elaboration by cooking the cocktail over a fire. This yopo is a natural entheogen medicine whose origin and first uses is found in the Venezuelan and Brazilian Amazon. It is prepared as mentioned with the ground seed of the plant Anadenanthera peregrina, which through a process of mixing with other ashes and seeds of plants produces small slabs or black, brown or white colored cakes which are then ground into a fine magic powder before being inhaled or blown into the nostrils of the companion, either as a remedy or for spiritual trance. This is called hechura by the Yanomamis of the Amazon region. Anadenanthera peregrina is better known by its regional Amerindian names like yopo, jopo, cohoba, parica or calcium tree and is a perennial tree native to the Caribbean and South America.

Ayahuasca or yage, a fashionable substance, is a hallucinogenic drink traditionally prepared by shamans of various indigenous tribes in the Amazon area. It is made from the psychotria viridis, a vain properly ayahuascaor or chacruna banisteriopsis, which contains dimethyltryptamine or DMT, a psychoactive substance. 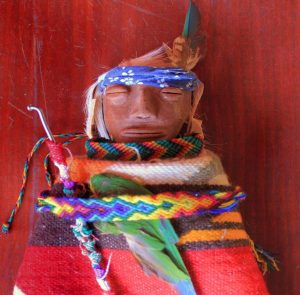 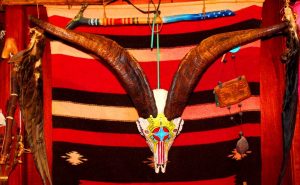 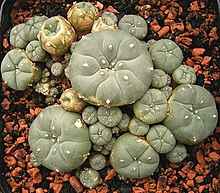 For those who are familiar with plants and entheogen substances or ancestral medicines, the effect of the yopo is like the fusion of ayahuasca and bufo alvarius, meaning that it produces a cleansing of spiritual and a revitalization effect of consciousness. On the one hand it is a hard confrontation with the ego, and on the other hand it offers the communal sense of unity.

Other American shamanic plants containing hallucinogenic properties are the Peyote cactus Lophophora williamsii and the Peruvian San Pedro cactus Echinopsis pachanoi. Beside hallucinogenic quality of the San Pedro and the Peyote, they have many other uses in folkloric medicine in the South Western United States and Northern Mexico. Like for influenza, intestinal disorders, diabetes, the treatment of arthritis, consumption, snake and scorpion bites.

To get to know a little bit more regarding Aruba and its cultural origins we highly recommend you to book your participation in our cultural encounter session. A mind opening revelation and entertaining island experience is awaiting you. Mail us at etnianativa03@gmail.com, our facilities and activities take place close to high rise hotels.