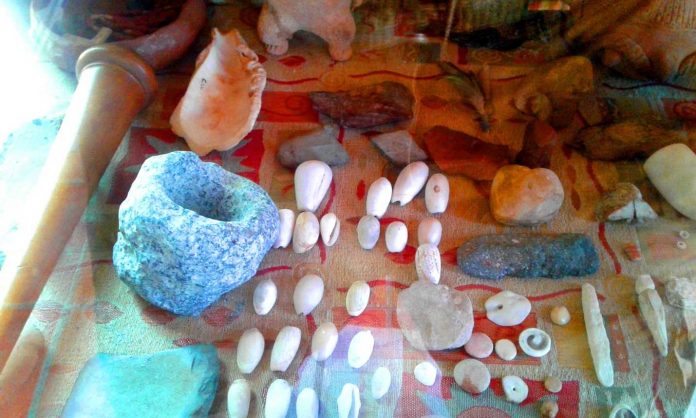 It is a well-known fact that in primitive civilizations objects that were used for adornment and charms do not intrinsically differ from one on other. Whether a given object is to be considered solely as an ornament or simultaneously or exclusively as an amulet, depends on a variety of circumstances, and must be examined afresh in each individual case. Generally speaking, an ornament seldom or never has only an aesthetic value for the wearer.

Amulets are still very present in today’s societies. Despite being objects related to ancient myths, the belief in the power of these talismans remains strong in many people, who use them with the aim of driving away dangers and misfortunes. No matter their ethnic origin.

Power objects with mystical attributions can be shaped like animals, minerals, vegetables, and other symbols. Although all of them are intended to protect you from problems, bad intentions, or illnesses, each and all contains a specialized purpose.

Our native had “contras” amulets made out of varicose forms and materials. To this class of objects also belong pierced disks of shell of many different diameters, also familiar elsewhere, which were strung together and worn round some part of the body.

Shamanic and esoteric practices include the use of a ritual stick. The stick is an instrument of invocation of spirits and serves primarily to direct spiritual energy. Healing energy can be mentally transmitted through the stick, into the environment or onto an individual in need of heeling. Prayer and intention can be broadcast to the spirit world. It may serve as a divination tool, extraction aide, and a purifying device.

The Shamans stick or wand dates back to prehistoric times. Some of the first depictions of a stick come from Egypt, in the hands of the Pharaohs. The Greek god Hermes is depicted with a caduceus, a winged stick or staff with two snakes coiled around it. In Celtic mythology, the so-called “Triple” or “Triadic” Goddesses are often seen or depicted with sticks.

Longer sticks are considered as a wizard or Shamans staff. A staff serves as a tool and frequently a symbol of status and power. Some staffs are adorned with talismans and feather, carved with various patterns and designs; we find that a smooth surface with no carving produces the greatest and most effective flow of air energies. The staff is generally a highly personal piece of equipment – often one he makes for himself – and will generally reflect his personality in appearance and function. Using another wizard’s staff may be dangerous or even impossible – some users believe that they are self-aware to some degree or at least highly bonded to their creator and resist strangers – although there are some stories of staves being inherited.

Island Insight- Episode 3- A diverse habitats on a small island