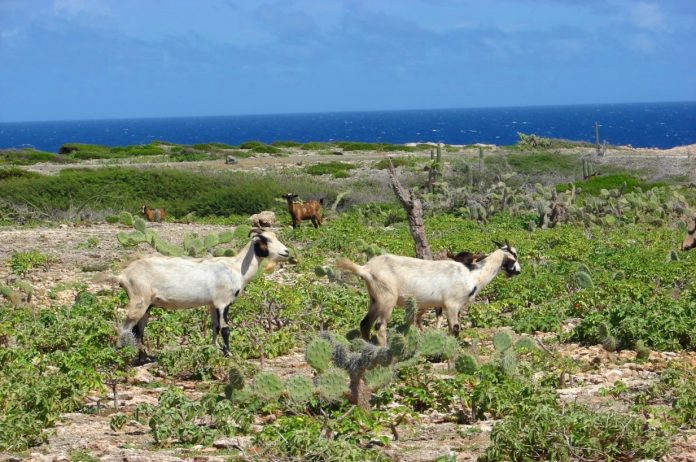 Destination values, native heritage, and cultural identity are what we advocate for in our own particular way of safeguarding all reasons to love Aruba. Etnia Nativa, through Island Insight, shares native cultural awareness, educates, and safeguards native heritage. It is how we encourage you to experiment with an island-keeper state of mind during your stayover.

This episode is about the goat and its domestication.

According to archaeological evidence, there are over 300 different breeds of goats in the world. It is one of the oldest domesticated animal species; its earliest domestication occurred in Iran some 10,000 calibrated calendar years ago. 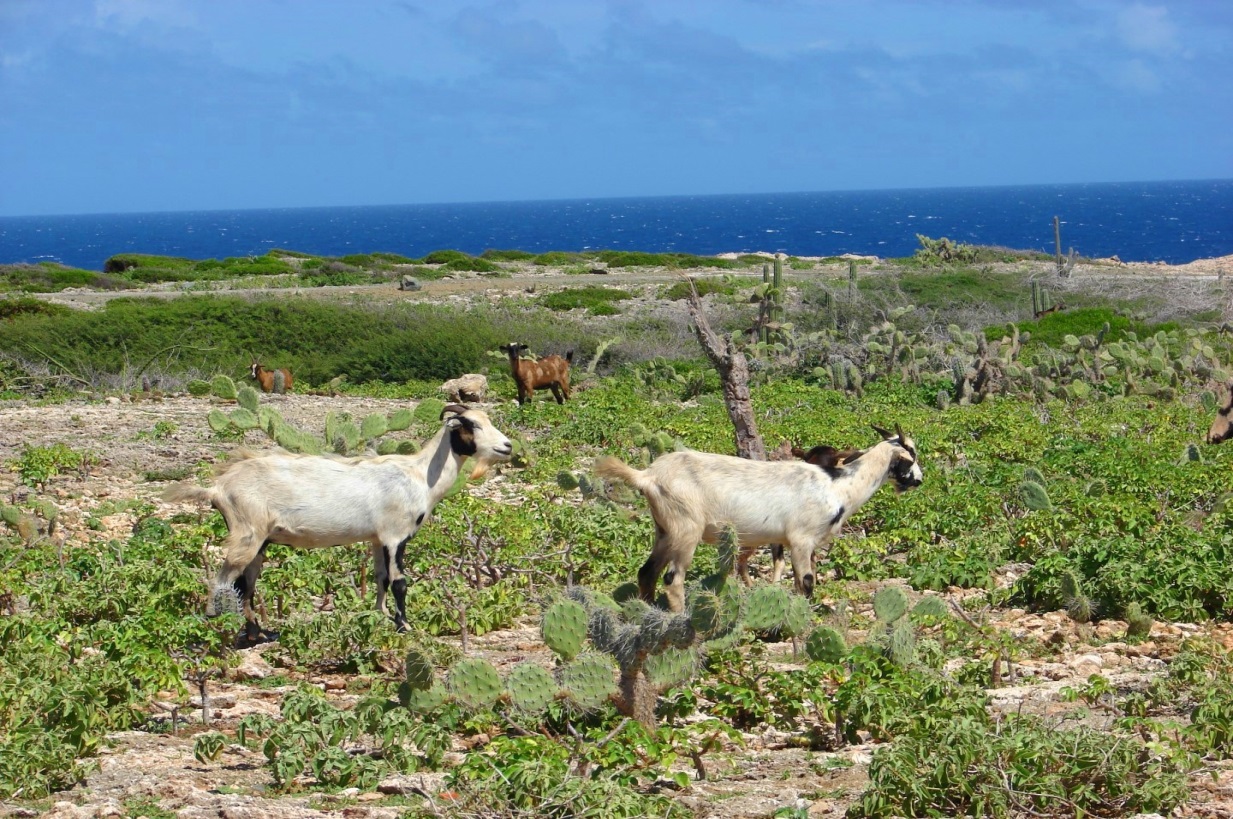 The modern goat subspecies evolved from the wild goat (C. aegagrus) of Southwest Asia and Eastern Europe. The goat belongs to the subfamily Caprinae, also sometimes referred to as the Caprini tribe, which is part of the ruminant Bovidae family of animals and the Caprini tribe, which means it is closely related to sheep.
Goat herding is an ancient tradition that is still important in many places, like Egypt. Goats have been used for providing milk, meat, fur, leather, skins, and manure in much of the world. Goat milk is often made into goat cheese.
Female goats are known as “does” or “nannies,” and intact males are called “bucks” or “billies,” chubato in Papiamento. While juvenile goats of both sexes are called “kids.” Castrated males are called rams. While the words hircine and caprine refer to anything that has a goat-like quality, hircine is more often used to emphasize the distinctive odor of domestic goats.
According to the Food and Agriculture Organization of the United Nations, in 2020 there were more than one billion 924 million goats living on the planet.
The word cabrito is of Spanish origin and refers specifically to a milk-fed young goat.
Capra hircus is a domesticated species of goat-antelope that is normally raised as cattle.

When referring to Aruba, we see that it is a place very suitable for the breeding of donkeys and goats. This was the Spanish, and they were the ones who began importing it at the start of colonization.
Before 1900, and with respect to this last genre, the inhabitants of our island were exempt from the rules to which, for example, the inhabitants of the sister island of Bonaire had to adhere and who were not allowed to have more than a fixed number of animals. Aruba ranching is so underdeveloped that they have barely taken advantage of the freedom they have been given. Instead of trying to increase their stocks, owners are constantly looking for opportunities to sell their animals, which was particularly the case in dry years when corn crops were generally lost and the inhabitants resorted to other economic exploitation like the burning of charcoal and marine resources that allowed them to earn their existence. J. van de Bosch’s letter to the King’s Commissioner on Aruba contains this information.
After 1900, the number of goats began to decline at a terrifying rate. In 1910, there were still 120 head of cattle in Aruba, 82 horses, 27 mules, 1,312 donkeys, 1,048 pigs, 1,744 sheep, and 3,520 goats. As for horses, this decrease was also due to unfair taxation that, in the long run, made horse breeding unproductive.

We can mention goat’s manure as one of the export products from which Aruba`s rulers benefited in some way until the First World War. However, it was very much criticized by the island’s farmers, who saw it as the cause of Aruba’s agricultural losses. Finally, increasing wages made dung collection unprofitable. After 1928, no more manure was exported.
On the other hand, goats are great contributors to deforestation and the consequential erosion it can cause, since they uproot all new vegetation that springs up after a rainy season.

Intrigued by Aruba`s origins and its cultural heritage? Then we encourage you to do something outside of the tourist grid. Become one of the few visitors to Etnia Nativa, a private residential encounter set up where you can touch and be touched by authentic Aruba heritage, a spectacle of native art, archaic and archaeological artifacts, lithic tools, colonial furniture, and other items from the island’s past. Get inside a recycled environment full of peace, relaxation, knowledge, and information.
Etnia Nativa is, since 1994, the home of Anthony, our acclaimed columnist, artist craftsman, and island Piache, who guides and lectures you through his resplendent collection. Etnia Nativa is the only place that recreates and introduces you to an authentic glimpse into Aruba’s native cultural heritage. Something completely different for a change—a contemporary Native Aruba experience!