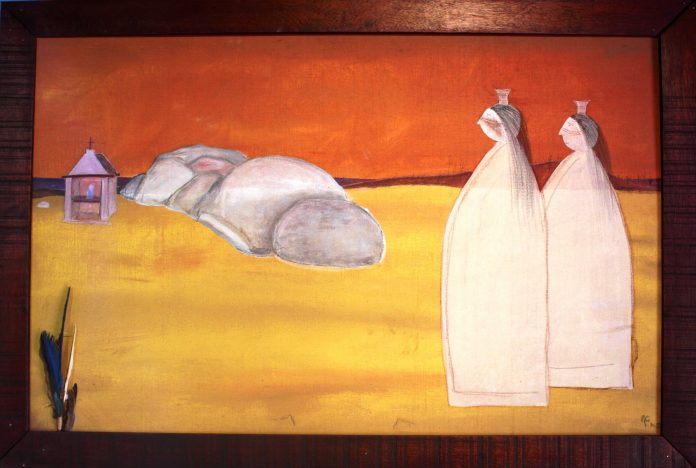 Many native stories were passed down from generation to generation and one of those stories is of Maria Largu and Mamanchi, Women who according to our tradition belong to the history of Alto Vista (see chapter136) Maria Largu “ Long or tall Mary “and Mamanchi, as we know, where mestize Cathlics people who adapted who would have belonged to the Silvester, Alvarez and Tromp families of Although we cannot identify their Amerindian families, however they all must have desend from Caquietian nobels of that time.

Maria Largu was a smart woman of island standard those days. Owning farm and grasing land, had many old world animals in herited of the the Castillans. Maria Largu also had liberated slaves who were in charge of taking care of the animal such as horse, donkeys, sheeps, goats and poultry. Fishing and farming whas more a native thing. Maria`s hudreds of goats, sheeps and some donkeys roamed normally free from Alto Vista to Westpunt. At that same time in the Noord area and around the vicinity of the Alto Vista chapel there was a rain water collecting reservour known as “Tanki di Maria Largu” supplying water to many.

Maria Largu lived in Alto Vista but she owned many house elsewhere. The story goes that under of each of those houses she builded, she had buried a bar of gold as for good luck supersticion. She was a person of great fortune and everyone treated her with great respect. However rich maybe but very simple in her ways, so much that her veryday clothing she whore was like that of any Native Aruban peasant, all white cotton –trouses, bottonless shirt called “cashaca” and a pair if “pargati” leather and fabric sandals which weres ideal for the unforgiving tropical heat.

We know that one of the last places where Maria Largu lived was south of Sero de Alto Vista known as “TinashI” or place of the clay pot.

They say that Maria Largu had a daughter known as “Mamanchi” and it is at this point where the story gets “confused” a bit because some people say that Mamanchi was Maria Largu’s mother and not her daughter. Mamanchi also known to owned many animals and until the 1960s there was a well known plot of farmland called “ Cunuco di Mamanchi” or Mamachi`s land, located in the vicinity of Curimiau-Turibana in the Noord area. Before she died, Mamanchi expressed her wish to be buried near Alto Vista and so it was! Maria Largo and Mamanchi wher great benefactors to the Catholic church, helped the poor and the sick of the island and liberated as many black and red slaves that she could. She had spended time and invested in repairing and maintain the chapel at Alto Vista. She was well known in Curacao and on the mainland where she had families. Maria and mamachi where among the well to do natives, who still had that nobel souls devoted to others and by doing so, they have help the island to bocome a better place.

If you love Aruba its origins and its cultural heritage, be part of the exclusive visitors of Etnia Nativa: a cozy museum/home.

Etnia Nativa a private residential houses collections of native art, archaeological artifacts and historic furniture, while the facilities themselves are the result of the transformation of recycled materials. Meet Anthony Croes, our columnist at his museum-home! Book your visit Whatsapp + 297 592 2702- or mail: etnianativa03@gmail.com

“I did not choose art life, art life Chose me”

Housekeeping week: appreciating the backbone of the hospitality industry