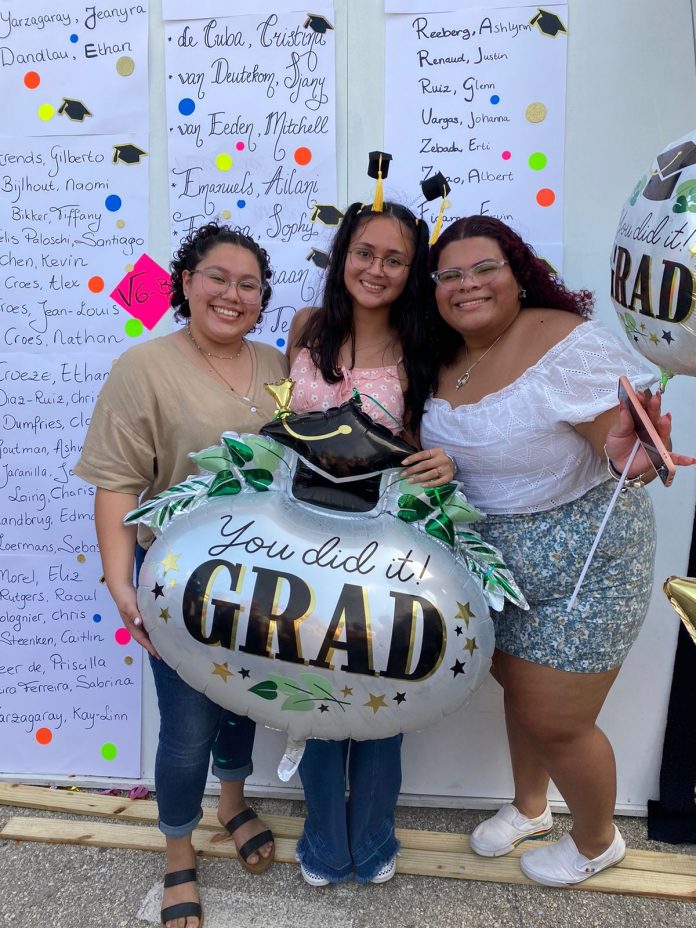 Life for Ema is in constant transition. The 20 year old just graduated VWO (advanced high school) and is moving to the Netherlands to continue on her way. Not to study, but to work and live as a volunteer at ‘t Bak Atelier, a program of the European Solidarity Corps so she can reflect on her future, because although Ema is ready to spread her wings, she’s not sure where she wants to fly.

The reason why Ema wants a break, that many know as a gap year, before continuing her studies is not a common story. Ema, who wasn’t an exceptional student in MAVO [lower secondary education] managed to complete HAVO [higher secondary education] and VWO [highest secondary education] consecutively, thanks to the fact that she finally recognized her strength to study which was within herself. As such, it was as if the Covid-19 pandemic was a sort of blessing in disguise for her, because it was during lockdown that Ema realized that studying on her own was much more effective than attending class in person.

Not liking her body

Ema, who was born Emanuel Benjamin Albert Koolman, is transgender. From a young age she felt different and she thought she was homosexual, gay. The realization that she identifies as feminine came during her adolescence, when her body began to develop. “I always thought I was gay, but wow, when my body started changing, I didn’t like it.”

The realization that she feels more like a female didn’t result in conflict at school. Any challenge that Ema could confront was more on the school level, regarding studying. Her time at MAVO wasn’t very attractive. Her basic school didn’t see the need to let Ema do the test for Colegio Arubano (HAVO and VWO), and you could almost say that the school’s projection was right as Ema wasn’t the student with the best results.

Now she realizes that she was just bored in class. Practically she didn’t find a challenge in tests.

After finishing MAVO, she went to Colegio San Nicolas, now Colegio Nigel Matthew. It wasn’t easy because one way or another, Ema couldn’t find the rhythm to follow lessons. It wasn’t until the pandemic hit, and Aruba went in lockdown, that ironically – even though she didn’t have the ease at home – Ema found the opportunity to continue studying and learning on her own, in an empty room in her grandparents’ home. She couldn’t live there because the roof was broken, but the room was good and even had air conditioning.

“At Colegio San Nicolas there is a fourth period of School Examen (SE; school exams) and I remember I was so tired. But when lockdown came around, I felt so relieved. I could go in the room and isolate.”

In that space, Ema discovered that she could find within herself the hability to study, without much support from teachers. The pandemic period gave her a booster so she could study and receive her HAVO diploma. “At a certain point I recognized that I can learn really well on my own, without a teacher, more efficiently.”

After that came the question what comes next. Her intentions were to go abroad to study, but she didn’t know where. In any case, she didn’t want to attend a school in Dutch language. “I wanted to do a study in English. But the study that I wanted to do, Politics and Economics in Utrecht, required VWO.” On top of it, Ema wants to start her hormone therapy for her transition process in Aruba. So she decided to stay in Aruba, start her therapy, and with the confidence that VWO will give her more opportunities to choose a study in English later on.

But this time she did feel the impact of the Covid-19 measures. The education system was something that Ema was not used to. She would see the other students open their books and work, ‘but I was lost, sitting there like a fool’. It turns out that Ema lost various possibilities to communicate with her mentor and other teachers because of the system of communication through e-mail. She wasn’t aware of the ‘school gids’ (school guide) which was on the school’s website. “Now I find it funny, but at that time I was lost.”

And initially no one really pointed her in the right direction. “I consider this like it’s as if they expect us to be independent. The experience from MAVO to HAVO is different, because everyone helped each other and we received guidance. But from HAVO to VWO it was a different experience. Even though a con-rector told her ‘here you need to learn to be independent’, Ema believes that Colegio can do more to help new students to better assimilate into the school, to avoid unnecessary problems.

What made the experience worse was that it was at that moment that she started her hormone treatment. But in order to receive the treatment she had to lose weight. In other words, Ema was at a new school, didn’t understand the system, had to lose weight and take hormones. “It was horror, with all those emotions. When I get stressed I eat. Imagine then, having stress, not being able to eat, and I started having thoughts of suicide. It is God’s miracle that I managed to finish VWO”, Ema says with a laugh.

Now she laughs, but at that moment she caught the attention of a social worker, because she was in a very serious emotional condition, even before her final exam. Even so, Ema succeeded, thanks to her ability to focus on what she needs to do.

The person who helped her the most in finishing her studies was her mom, who despite their precarious financial situation, made the sacrifice to make sure her daughter could finish Colegio Arubano. Even though her mom still has difficulty accepting that Ema is transexual, Ema knows she has a mom who loves her, who taught her the value of volunteering from a young age, and that it is precisely that habit of helping others that will become her stepping stone for the future. “Who knows? Maybe after a year in the Netherlands I can decide to also study in Costa Rica”, Ema says, laughing.

On the other hand, one of the goals of ‘t Bak Atelier is to proved the youth with the opportunity to better their Dutch. Who knows if Ema will transition into the Dutch society, surely because now she will have her own room, something she has never experienced. Another transition to add to the list.

The reserve requirement was raised by two percentage points as of...